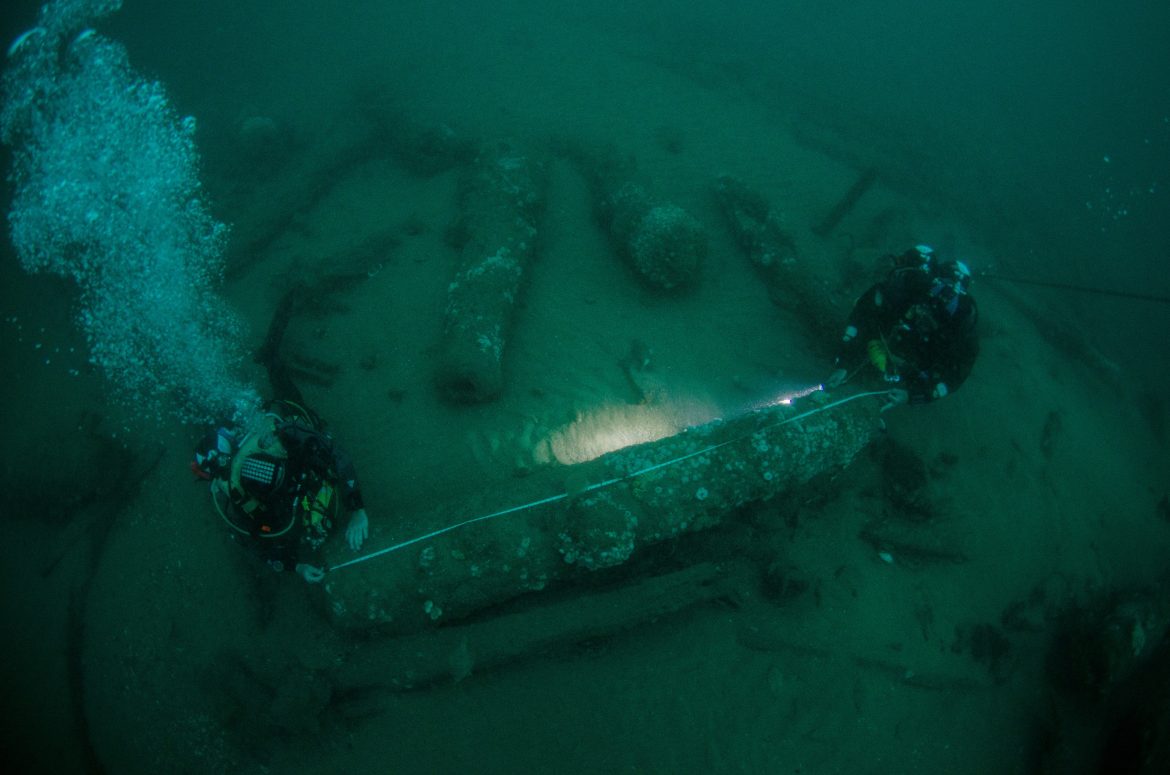 A recent nautical discovery echoes the words of writer Joseph Conrad: “The sea has never been friendly to man.”

Experts, historians, and explorers announced that they have discovered the wreckage of the HMS Gloucester which ran aground off the eastern English coast in 1682, according to a report from the Associated Press. The royal warship sank within an hour of departure and killed somewhere between 130 and 250 people.

But one notable person escaped the tragedy and went on to rule as king of the British Isles. This survivor was James Stuart, son of Charles I and Henrietta Maria and better known as King James II of England and Ireland and James VII of Scotland. He ruled from 1685 until 1688 when he was deposed during the Glorious Revolution.

The ship ran aground while trying to navigate through sandbanks near Norfolk’s coast. Reports say that James II was arguing with the pilot about navigation when it ran aground and started to sink.

Though news of the discovery was just made public, the ships location has been known for nearly 15 years.

The wreck was initially discovered in 2007 by brothers Julian and Lincoln Barnwell, ending a four-year active search for the famed vessel. The ship was then identified as the HMS Gloucester in 2012, once the ship’s bell was found, but the discovery was only recently relayed to the public due to the need to protect the site of the wreck.

Lincoln said that the first thing he found on the day they discovered the ship “were large cannon laying on white sand.” He said the site was special to him and his brother, and that it was up to them “to identify the site as the Gloucester.”

In regard to the potential discoveries and information that can be gleaned from the wreckage, Julian Barnwell is quoted as saying they have “only just touched the tip of an iceberg.”

Claire Jowitt, an expert in maritime history at the University of East Anglia, even claims that this could be the most important seafaring discovery since the wreckage of the Mary Rose was resurfaced in 1982. The Mary Rose was a warship under the flag of King Henry VIII of England, which capsized in 1545 within a straight surrounded by the Isle of Wight and mainland Britain.

“The discovery promises to fundamentally change understanding of 17th-century social, maritime and political history,” Jowitt is quoted as saying. “We will also try to establish who else died and tell their stories, as the identities of a fraction of the victims are currently known.”

Certain items such as clothing, navigational equipment, and bottles of wine have already been found with the wreckage. The Norwich Castle Museum and Art Gallery will be hosting an exhibition of these discoveries in the Spring of 2023.