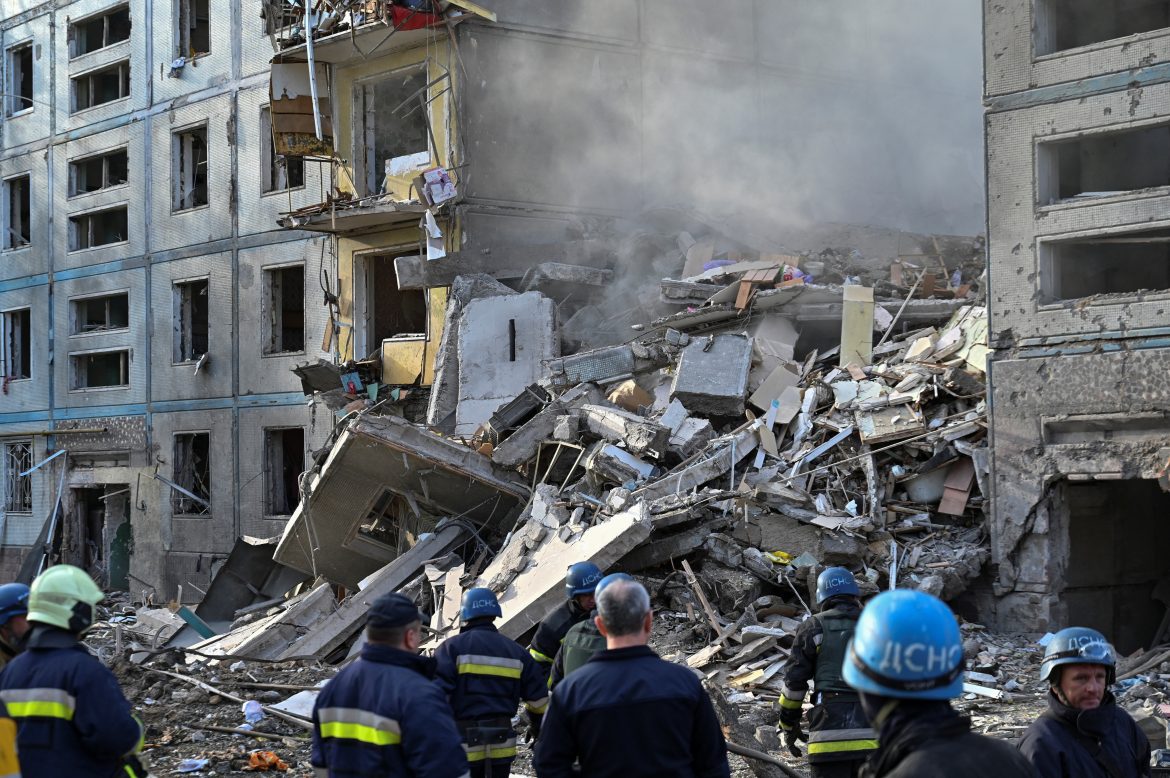 Russia unleashed another barrage of missile attacks on the southern Ukrainian city of Zaporizhzhia Tuesday, where a second nuclear power station worker has been kidnapped and taken to an undisclosed location.

Energoatom is urging International Atomic Energy Agency chief Rafael Grossi to take “all possible measures” to help free Martynyuk. A meeting between Grossi and Russian President Vladimir Putin is expected to take place today in Moscow, according to the Kremlin.

Russia has occupied the endangered nuclear plant for months, though, until Martynyuk’s detainment, Ukrainian workers still operated the site. Moscow announced last week, however, that it had taken full control of Europe’s largest nuclear power station. The move was rejected by Energoatom chief Petro Kotin, who appointed himself as the plant’s new director. Kotin declared that any decisions regarding the plant’s operation will be made in Kyiv.

Russian Foreign Minister Sergei Lavrov said on Tuesday that President Putin is open to a meeting with President Joe Biden at a summit of the Group of 20 next month.

During an interview on state TV, Lavrov indicated that the Kremlin is willing to resume talks with the West on ending the war but said Moscow has so far not received any serious offer.

“We have repeatedly said that we never refuse meetings. If there is a proposal, then we will consider it,” Lavrov said, refuting previous comments made by U.S. officials that Moscow had refused to engage in talks with Washington.

“This is a lie,” Lavrov insisted. “We have not received any serious offers to make contact.”

Commenting on the possibility that Turkey could host talks between Russia and the West, Lavrov said Moscow is open to suggestions, though he declined to say whether they might yield any results.

The minister said Turkish President Tayyip Erdogan could present proposals to President Putin later this week when both leaders are scheduled to visit Kazakhstan.

Ukrainian President Volodymyr Zelenskyy said the window for negotiations with Putin closed with the Russian president’s annexation of four separatist regions in Ukraine.