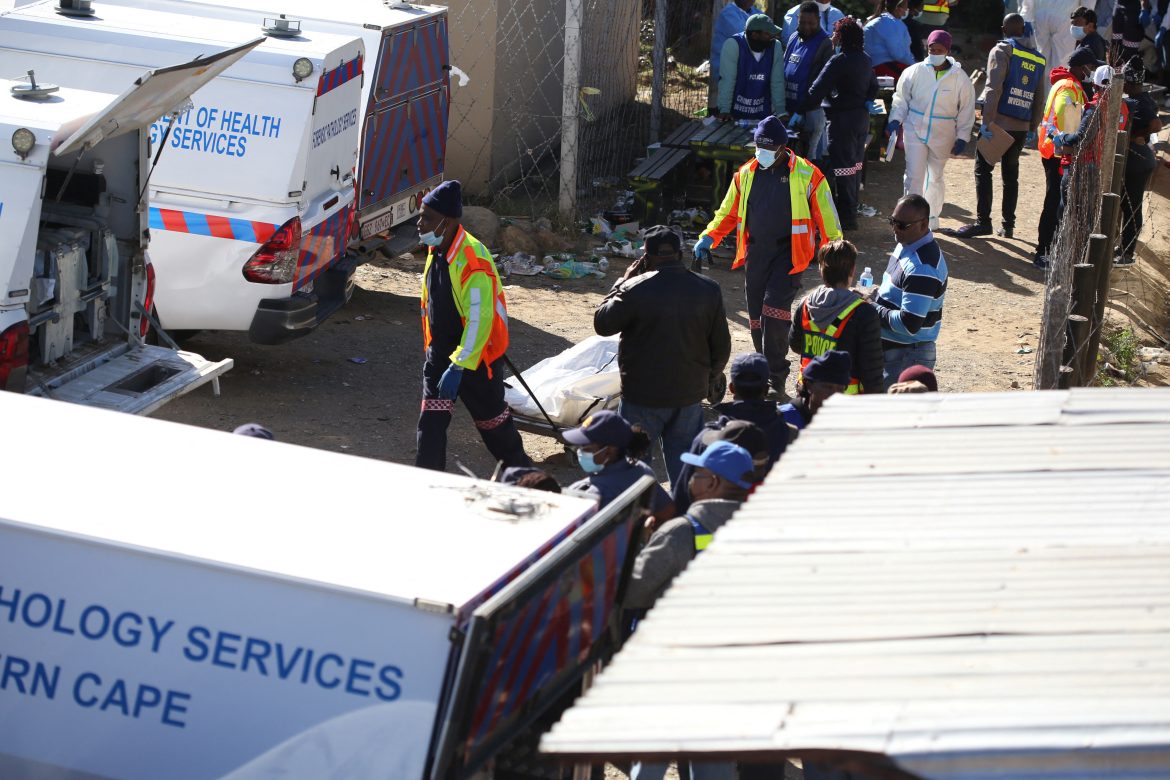 South African authorities are investigating the deaths of at least 22 young people found inside a popular tavern in the coastal town of East London, provincial health officials and the presidency said on Sunday.

State broadcaster SABC reported the deaths resulted from a possible stampede, but was scant on details as the exact cause of death remained unknown.

The bodies will be transported to state mortuaries where relatives are expected to help identify both male and female victims, said Siyanda Manana, a spokesperson for the Eastern Cape provincial health department.

“We are going to immediately be embarking on autopsies so we can know the probable cause of death,” he told Reuters as forensic personnel continued their work at the cordoned-off crime site at Enyobeni Tavern.

“We are talking 22 bodies right now,” Manana said, adding that toxicology tests were part of the examination.

Expressing his condolences to affected families, President Cyril Ramaphosa said he was worried about the circumstances under which young people, potentially under the age of 18 years, were allowed to gather at the tavern. Ramaphosa said in a statement the law must take its course once investigations conclude.

“The call is on the parents to see that their kids are kept well, the call is on the community to say we can’t allow our kids to die,” Bheki Cele, the national police minister, told a large crowd in Scenery Park during an impromptu visit broadcast live on television.

A 17-year-old girl, who only gave her name as “Lolly” and lived close to the tavern, told Reuters the venue was a popular hangout with teenagers, but the community wanted it shut down after the tragedy.

“Everyone wants it closed down because they sell alcohol to under-age children. Everyone is angry, everyone is sad because of what happened,” she said.

Earlier Brigadier Tembinkosi Kinana said police were alerted by members of the public to the incident in Scenery Park, about three kilometers (1.9 miles) from the city center.

“What has happened can be equated to a massacre,” East London mayor, Xola Pakati said in a statement.