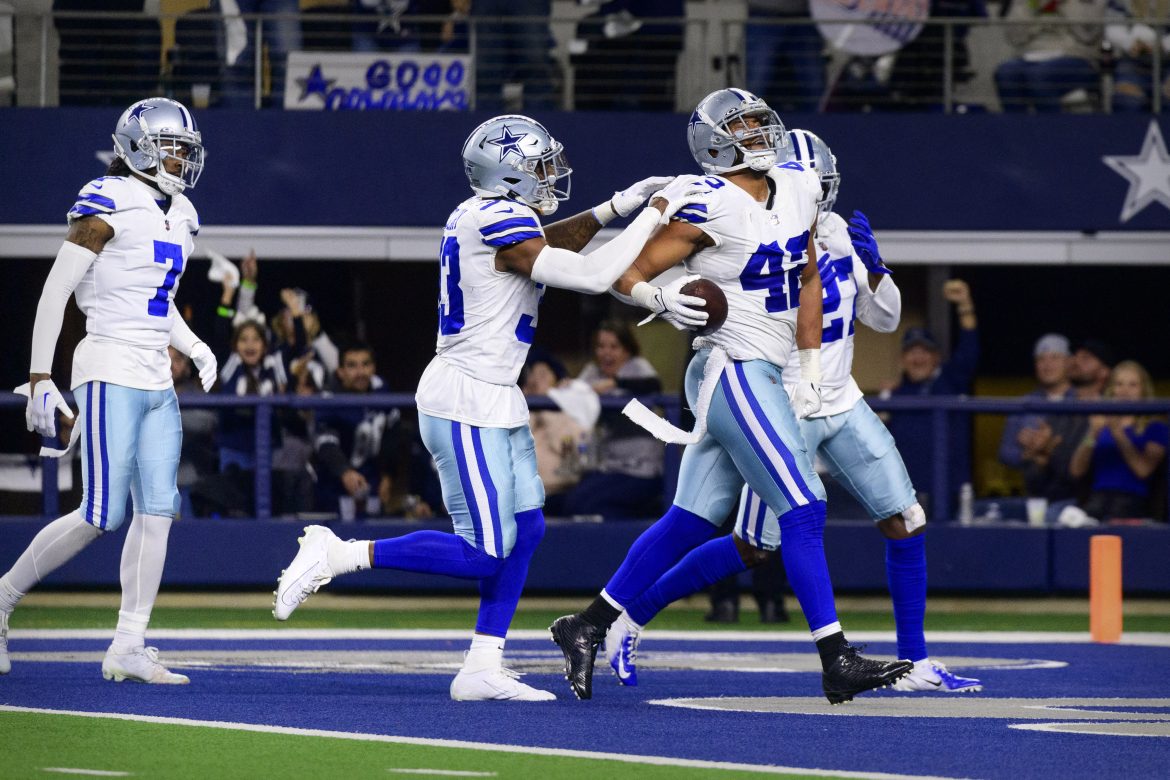 The NFL season is winding down and 24 teams still have a chance to win the Super Bowl with two weeks remaining.

Only eight teams have been eliminated from playoff contention heading into Week 17.

The schedule kicked off Thursday night with the playoff-bound Dallas Cowboys beating the resting Tennessee Titans 27-13.

Dak Prescott threw for 282 yards and two touchdowns to Dalton Schultz to lead the Cowboys to victory, overcoming two interceptions and a fumble.

The Cowboys (12-4) have won 12 games in consecutive seasons for the first time since 1994-95. They already secured a wild-card berth and still have a chance to win the NFC East, but need the Philadelphia Eagles (13-2) to lose twice.

“This was a game we needed to get, and we got it done,” Dallas coach Mike McCarthy said. “Whether we get any style points (or not), that’s OK. We’re still at 12 wins.”

Dallas finishes up its regular season against Washington next week.

Eleven teams have already clinched a playoff berth with two weeks remaining. Four division titles, five total spots, and both No. 1 seeds are still up for grabs.

The Minnesota Vikings (12-3) won the NFC North. The San Francisco 49ers (11-4) secured the NFC West. Both teams have a shot at the No. 1 seed and first-round bye but the Eagles would have to lose out.

The Eagles clinch the NFC East title and the top seed with one more win against the New Orleans Saints (6-9) this week or New York Giants next week.

The NFC South will likely be decided when the Carolina Panthers (6-9) visit the Tampa Bay Buccaneers (7-8) on Sunday. However, if the Panthers win and the Saints upset the Eagles, the division will take a three-way tie for first into the final week of the regular season.

Tom Brady and the Bucs would clinch with a win. A loss means they would need to win their final game at Atlanta and the Panthers would have to lose at New Orleans in Week 18.

“I think the important part is it’s something that’s earned,” Brady said.

There’s nothing given, and there’s nothing you really take for granted. Every year is something different, and I think obviously this year has been for all of us, dealt with some injuries and dealt with a lot of different lineup changes and some tough games and a lot of tough calls and close calls. But we have an opportunity now to do something really positive and that’s beat a team that’s been playing well. It’s a big challenge, it’s a great opportunity and you don’t take it for granted. You just go out there and you cut it loose and you play your best. That’s what this team has an opportunity to do.

The Giants have the best shot at one of the two open wild-card spots. They can clinch their first playoff berth since 2016 with a win over the Colts this week or against the Eagles next week.

The Washington Commanders can clinch by winning the final two games.

The Detroit Lions (7-8), Green Bay Packers (7-8), and Seattle Seahawks (7-8) also have a chance to make the playoffs but they need to win out and get some help.

The Chiefs already won their seventh straight AFC West title. They would finish with the No. 1 seed if Buffalo loses one more game and they win out.

The AFC South winner will be decided in Week 18 when the Tennessee Titans (7-9) visit the Jacksonville Jaguars (7-8).

The Miami Dolphins (8-6) and New England Patriots (7-8) face off Sunday with both teams fighting for the last wild-card spot.

The New York Jets (7-8) and Pittsburgh Steelers (7-8) also are in the mix for the last wild-card spot. The Las Vegas Raiders (6-9) haven’t been mathematically eliminated but they need a ton of help.