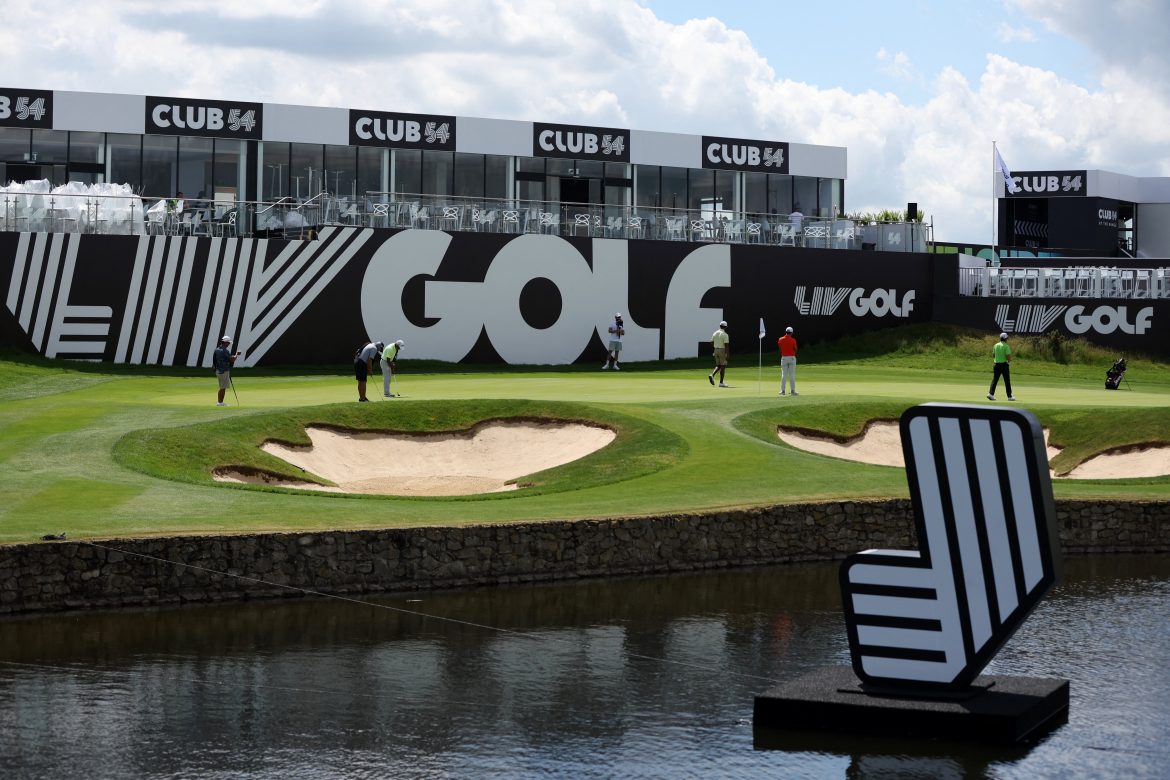 LIV Golf makes its debut today, and it is turning the golf world on its ear. The new golf league has been championed by golf great Greg Norman and financed by the deep pockets of Saudi Arabia’s Public Investment Fund.

LIV Golf is the first major competition the PGA Tour has received since 1968, the year that most golf historians believe the PGA Tour came into existence.

Another point of contention is purse size.  There are less players for LIV Golf, the competition is not as stiff, and there is more money for winning than any event on the PGA calendar. The average purse for winning a PGA Tour event this year topped $9.1 million, with majors and The Players Championship netting $15 million each with about 120 golfers per event. The average purse for LIV for the seven scheduled tournaments is $25 million, and there are only 48 players per event to divide the money between.

Golfers who are playing in this new tournament have been accused of “sportswashing.” Sportswashing, according to Sports Illustrated, is “the use of sports to present a sanitized, friendlier version of a political regime or operation.” Maybe the best example of sportswashing was seen this past year at the Winter Olympics in China, where they used the slogan “Together for a shared future” as horrific human rights violations were happening just outside the gates of the Olympic village.

Since March, when Phil Mickelson made comments about the PGA Tour that essentially sent him into “golf exile,” questions have been raised about which golfers would play in the new league. Those questions are continuing to be answered as more PGA Tour players have resigned from the PGA Tour to play in the LIV.

Among the players that have resigned from the PGA Tour are Dustin Johnson, Bryson DeChambeau, Patrick Reed, Rickie Fowler, Kevin Na, Sergio Garcia, Louis Oosthuizen, Charl Schwartzel and Branden Grace. Phil Mickelson, considered by many to be one of the top-10 golfers ever, will also play in this weekend’s LIV Tournament while hoping to keep his PGA Tour card. There are 16 PGA Tour players in total that will be playing at least one LIV event.

The PGA Tour has made it clear that they would punish any PGA Tour golfer that played in Saudi Arabia, at one time even discussing a lifetime ban. Because of that, according to one golf agent, players have preemptively resigned in order to “avoid any type of sanctioning…It’s a perceived leverage play. Basically, you can’t fire me if I quit.”

Many people are not yet acquainted with LIV Golf, as the first tournament starts today, and there are a few things you may want to know if you plan on watching the event: