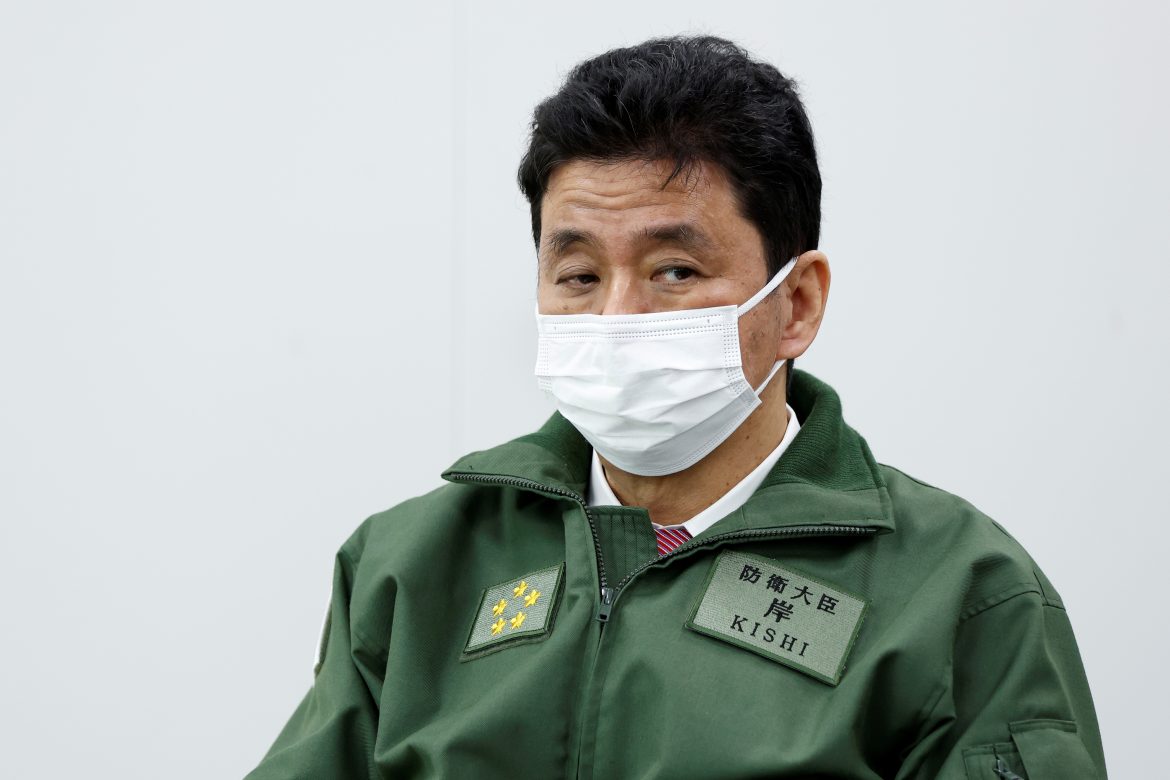 Maneuvers by China and Russia have sharpened security concerns in East Asia, Japanese Defense Minister Nobuo Kishi said in unusually strong comments on Saturday, adding that Japan was on the front lines as neighbors tried to upend international norms.

“Japan is surrounded by actors that possess, or are developing, nuclear weapons, and that openly ignore rules,” Kishi said in Singapore at the Shangri-La Dialogue, Asia’s premier security meeting.

In May, China and Russia conducted a joint aerial patrol in waters close to Japan and Taiwan, their first since Russia’s invasion of Ukraine.

“Joint military operations between these two strong military powers will undoubtedly increase concern among other countries,” he said.

Japanese Prime Minister Fumio Kishida made the same point in no uncertain terms in his Shangri-La Dialogue keynote speech the night before, saying his country would call for increased defense spending and possibly seek advanced strike weapons.

“Ukraine may be East Asia tomorrow,” he said.

Security and stability of the Taiwan Strait was also important for the security of Japan and the wider world, Kishi said on Saturday, calling China a “nation of concern”.

Russia’s invasion of Ukraine, which Moscow calls a “special military operation,” has alarmed Tokyo, because it could establish military force as a way to settle international disputes and encourage China to try and take control of Taiwan, which lies close to Japan and maritime trade routes that feed its economy.

In his speech, Kishi also criticised North Korea, which has carried out at least 18 missile tests this year, saying the regime could not be allowed to threaten Japan, the region and the international community.

The three-day Shangri-La Dialogue, which attracts top-level military officials, diplomats and weapons makers from around the globe, began on Friday.

President Joe Biden, standing alongside Kishida in Tokyo in May, said the United States would militarily intervene if China attacked Taiwan. The White House later said Biden’s remarks did not represent a change in policy toward the island.

China says its recent military drills around Taiwan, which it considers as part of its territory, are meant to defend its sovereignty.

In a policy paper published on Tuesday, Kishida’s administration said it wanted to drastically increase defense spending within the next five years.