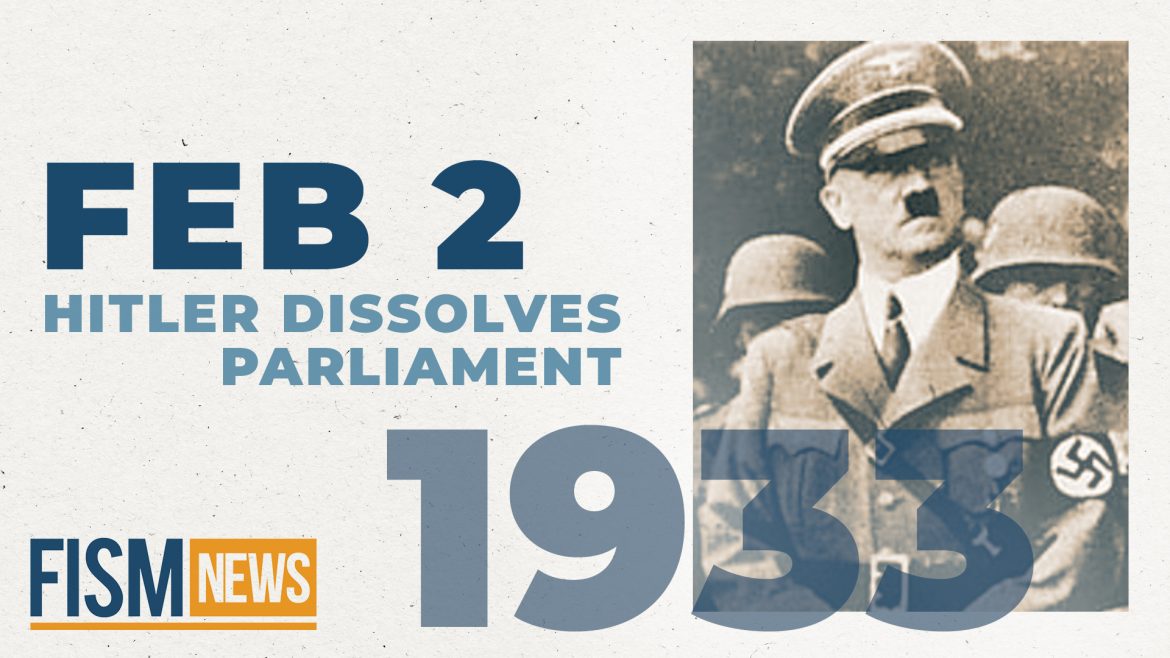 On Feb. 2, 1933, German Chancellor Adolf Hitler formally dissolved the German Parliament. Three days earlier on January 30, Hitler had been elected as Chancellor of the German nation. He was also the formal leader of the National Socialist German Workers Party, otherwise infamously known as the NAZI Party. With these political titles and no German parliament in his way, he would become supreme dictator of Germany and eventually head of the Axis Powers during the bloodiest war in human history, World War II.