A Second Attempt: Trump will “Resubmit on Daca” 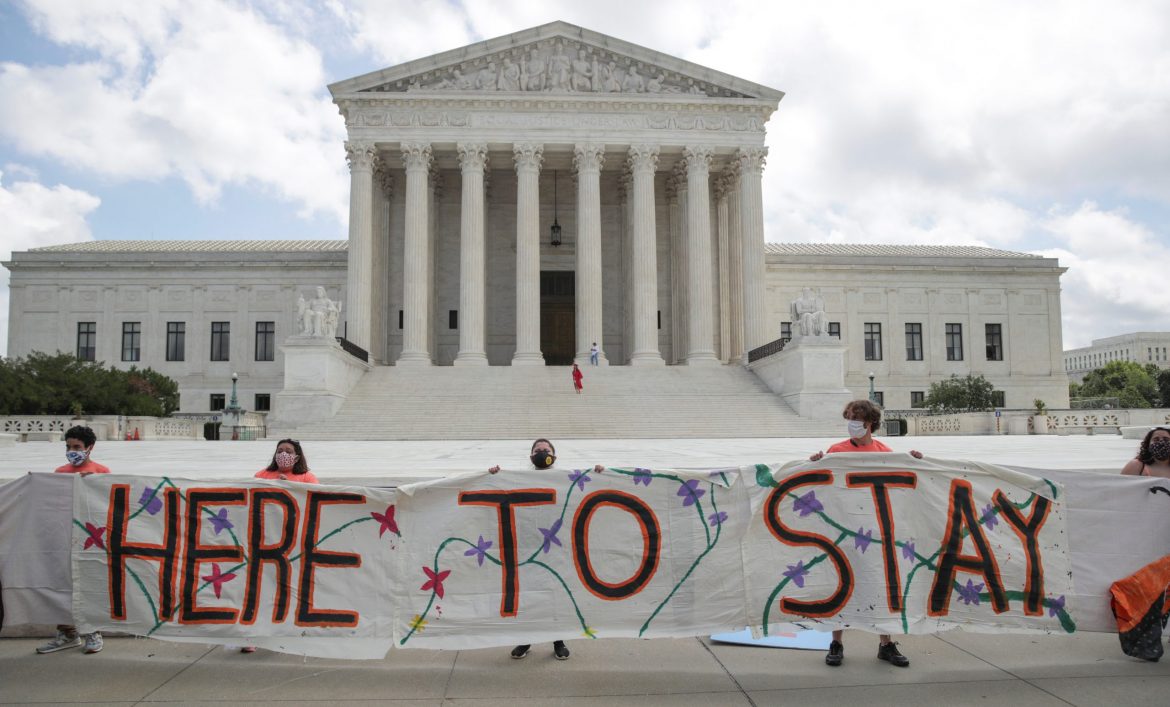 After the Supreme Court in a​ 5-4 ruling, with Chief Justice Roberts serving as the deciding vote, struck

program put in place by the Obama Administration back in 2012; Donald Trump says his administration

On Twitter, President Trump said​ his administration “will be submitting enhanced papers shortly in order

to properly fulfill the Supreme Court’s ruling & request of yesterday,”. The court had denied the administration’s actions for being “arbitrary and capricious” under the Administrative Procedure act.

administration is attempting to correct the procedural missteps the court found in their ruling.

program if the proper procedure is followed. Roberts wrote, “The dispute before the Court is not whether

DHS may rescind DACA. All parties agree that it may. The dispute is instead primarily about the procedure

the agency followed in doing so.”

In his dissent Justice Clarence Thomas said that DACA “was unlawful from its inception.” He criticized

Roberts’ reasoning, saying, “The majority does not even attempt to explain why a court has the authority