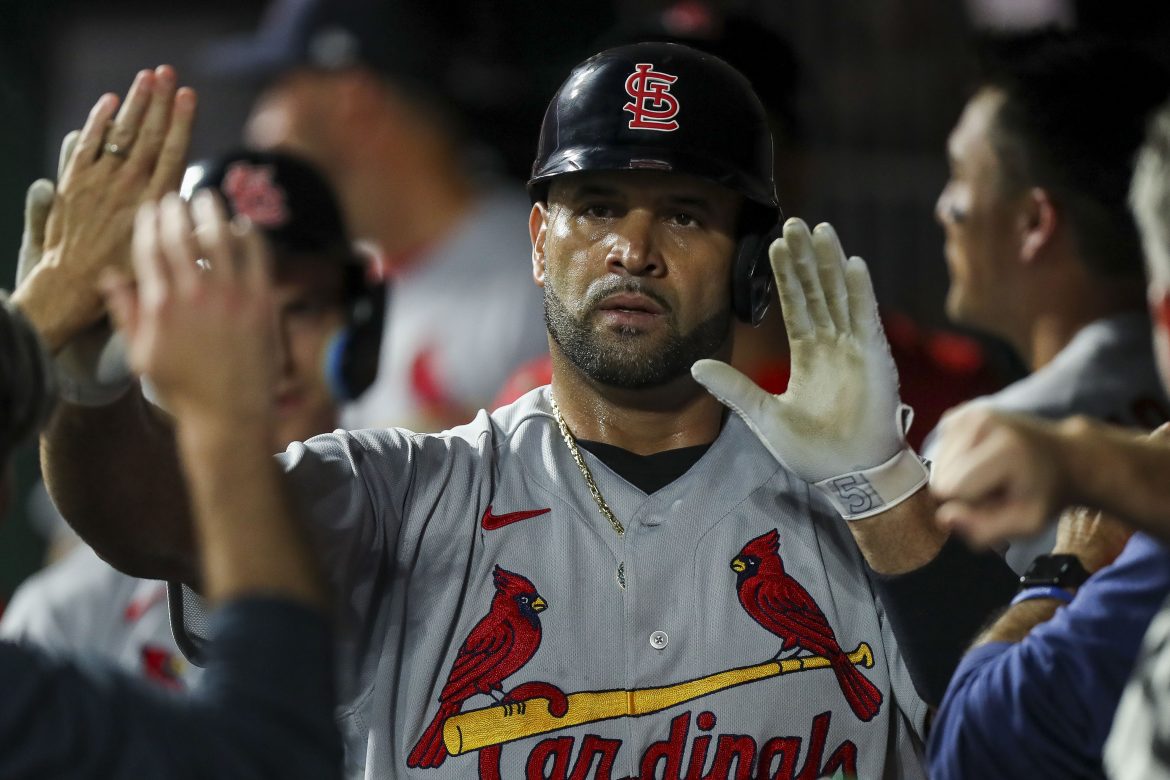 Aaron Judge is moving closer toward history after hitting his 60th home run of the season to tie Babe Ruth’s single-season best.

The New York Yankees’ slugger is now only one homer away from matching Roger Maris’ American League record set in 1961.

Both Ruth and Maris also played for the Yankees. Judge became the fifth player in Major League Baseball history to reach the magic No. 60.

Barry Bonds, Mark McGwire, and Sammy Sosa did it six times combined, though each of their records are considered tainted by baseball purists as all three players were embroiled in steroid-use controversy. Bonds holds the MLB record with 73 and McGwire’s high was 70.

The Yankees were trailing the Pittsburgh Pirates by four runs in the ninth inning on Tuesday night when Judge launched another of his trademark homers.

“I really didn’t want to do it, especially, since we’re losing, it’s a solo shot,” he said.

Judge has slammed 20 homers more than anyone else in baseball this year. Philadelphia Phillies outfielder Kyle Schwarber leads the National League with 40.

“To be that far ahead of the field, it’s hard for me to grip,” Yankees manager Aaron Boone said.

Judge is also on pace for the AL’s first Triple Crown since Detroit’s Miguel Cabrera did it in 2012. Judge is leading in home runs, RBIs (128), and batting average (.316).

Judge’s latest homer was a trademark tape-measure blast that went 430 feet. After celebrating with teammates in the dugout, he tipped his helmet to fans.

“I kind of joked around with Matt Carpenter earlier in the year, I think he had two homers in a game or something like that and he got a curtain call,” Judge said. “Man, I’ve been here six years and I’ve only got one curtain call. So I guess it takes hitting 60 to get another one.”

While Judge pursues a major milestone, St. Louis Cardinals slugger Albert Pujols is closing in on one of his own. Pujols is two homers away from becoming the fourth player to ever reach 700.

Pujols, who plans to retire after this season, only hit six homers before the All-Star break. He has 13 since then, after beating Schwarber in the home run derby at the midsummer classic.

If the 42-year-old Pujols goes deep two more times in the season’s final 13 games, he would join Hank Aaron as the only other player with 3,000 hits and 700 homers. Aaron finished with 755 homers and 3,771 hits. Bonds holds the career home run record with 762 homers and Ruth hit 714.

Pujols has no plans to continue playing, even if he doesn’t reach his milestone.

“For myself, I said it in spring training and said it early because I knew something like this was going to happen. I knew if I had a good year, or a lot of success, people thought I would change my mind,” Pujols said. “But when I say something, I will do it. So, I’m going to retire after the World Series, enjoy my life, my career, and my family.”

Pujols’ season will continue into October as the Cardinals lead the National Central and will be heading to the postseason. He would rather win a World Series ring than accumulate more individual awards.

“I’m not chasing anything,” he said of 700 homers. “That’s something [the media] is playing with. I’ve never chased any numbers and 22 years later I’m definitely not going to chase anything. In my career, I’ve been so blessed with everything that I’ve accomplished in my life. What I’m chasing right now is another ring. That’s what I’m chasing for the city of St. Louis and for our fans and that’s why I signed back this year. Going back to St. Louis, I knew we were going to have a great ballclub and hopefully get the chance [to win a championship] and hopefully finish this chapter that I started 21 years ago.”