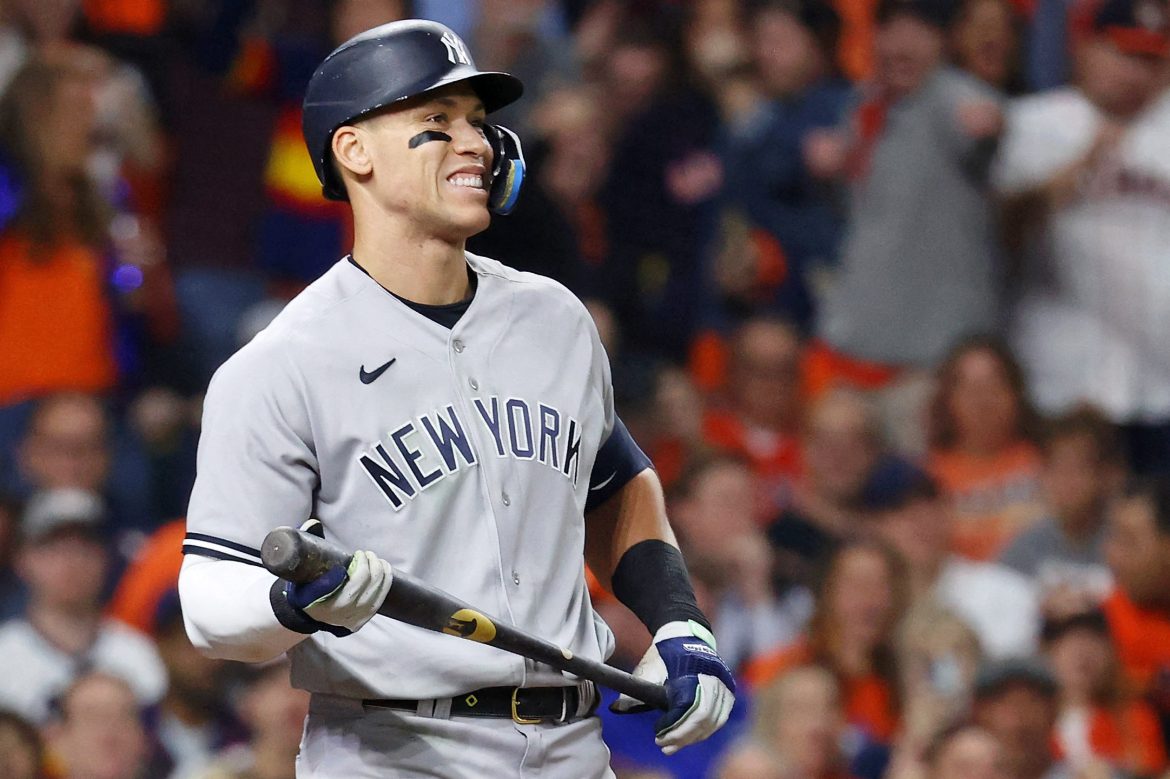 Aaron Judge added his first Most Valuable Player award to his record-setting season. Paul Goldschmidt finally got his MVP trophy, too.

The two sluggers earned the awards Thursday on Thursday, capping off the Baseball Writers’ Association of America’s end-of-season honors.

Judge received 28 of 30 first-place votes as the clear-cut winner after setting an American League record with 62 homers this season and leading the New York Yankees to an AL East title. Los Angeles Angels two-way star Shohei Ohtani received the other two first-place votes.

Judge is a free agent set to earn a lucrative contract. The Yankees want him back but he has plenty of suitors.

“I want to win,” Judge said. “I’ve come pretty close with the Yankees. We’ve been one game away from a World Series to getting kicked out in the Wild Card to the ALCS and the ALDS. All around the board. The most important thing is that I want to be in a winning culture and be on a team that’s committed to winning. Not only for the remainder of my playing career but I want a legacy to kind of live on within an organization. So, first and foremost, it’s just about being in winning culture and a winning future.”

“It’s tough to put in words,” Judge said about winning the MVP award. “It’s an incredible, incredible moment. A lot of hard work throughout the years to get to this point.”

The Yankees were swept in four games in the AL Championship Series by the eventual World Series champion Houston Astros.

Like Judge, the 35-year-old Goldschmidt had previously finished second in MVP voting.

“It’s a great honor. But it isn’t just about me,” Goldschmidt said. “I mean, there’s been so many people that have helped me.”

“I think definitely as you age, you have to adapt, and that’s some of what I’ve tried to do. I’ve tried to get ahead of it,” Goldschmidt said. “You can’t just try to do the same thing you did the year before. But yeah, kind of the stigma that as you get older, you’re going to keep getting worse. I mean, nobody likes that. They don’t like being told you can’t do something, so it’s definitely motivation.”

Goldschmidt, a seven-time NL All-Star and four-time Gold Glove winner at first base, was runner-up for NL MVP in 2013 and 2015. He finished third in 2017 and now gives the Cardinals 18 MVP winners, second in MLB history to the Yankees.

“I never felt like I was missing something,” Goldschmidt said. “I felt like I had some great years throughout my career, and some other guys in those individual years had played better than me and won the MVP.”

Despite having two of the top 3 finishers for NL MVP in their lineup, the Cardinals were swept in the NL Division Series by the Philadelphia Phillies.

Voting for all awards is conducted before the postseason.

“This was my best year and the most fun I had, playing with Nolan and Albert (Pujols) and so many guys we had. So, it was just incredible,” Goldschmidt said.