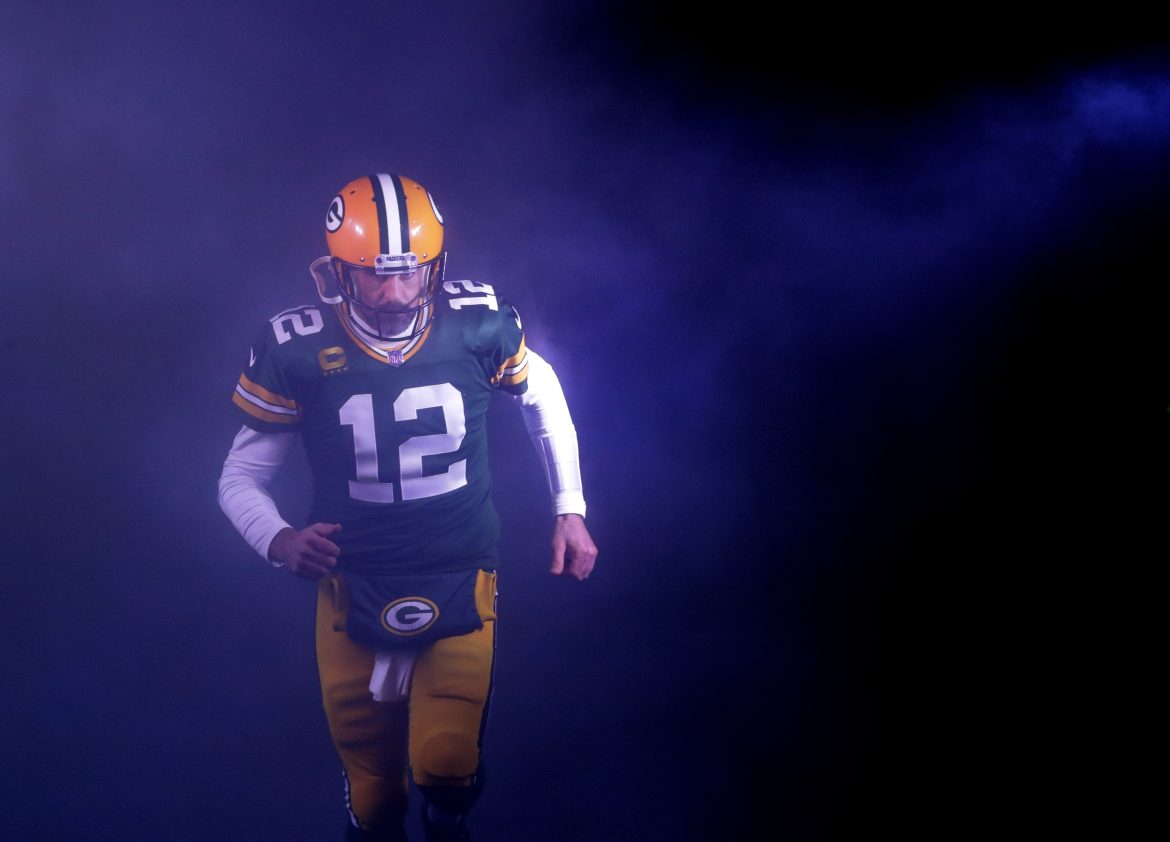 Aaron Rodgers hasn’t decided whether he wants to continue playing and he’s not sure he’ll stay in Green Bay if he does.

The 39-year-old quarterback is still contemplating his future after the Packers missed the playoffs. He has two years remaining on a $150 million, three-year contract signed last year.

“Look, I think you have a feeling where you are leaning, but there’s a lot of things that come into play,” Rodgers said Tuesday on “The Pat McAfee Show” on SiriusXM.

I think just some on my side, it’s the physical part, it’s the emotional part, it’s the spiritual part. It’s the ability to go back out there and give it 100%. It’s also the situation and where the team is at and the focus moving forward, short term, long term. Then it comes down to intuition and what it feels like in your body and what it feels like in your mind. Once you commit, then you commit. You move forward, whatever the decision is, so you know, I just need some time right now. I don’t need to ask anybody to respect my time or whatever. That’s going to be the answer until I’m ready, and when I’m ready to give my opinion like I was last year, I’m either all in or I’m out.

Rodgers didn’t play up to his elite level this season after winning the NFL MVP award in consecutive seasons. He threw 12 interceptions, almost the same amount he had in the previous three seasons combined (13). He didn’t have one 300-yard passing game.

The Packers drafted Jordan Love in the first round in 2020 but they’ve made it known they want to keep Rodgers around and pursue a Super Bowl. Rodgers isn’t interested in playing on a rebuilding team.

“If they want to go younger and think Jordan’s ready to go, then that might be the way they want to go,” Rodgers said. “And if that’s the case and I still want to play, then there’s only one option, right, and that’s to play somewhere else. If it’s not and they’re like, ‘No, no, we still want you to play,’ and this and that, then it would have to be the right situation with a roster that looks like we can win it all because there’s no point in coming back if you don’t think you can win it all.”

Rodgers has already been counted out before and rebounded with back-to-back MVP seasons.

“A lot of people said I was washed, couldn’t really play anymore, wasn’t the same,” Rodgers said. “And then I won two MVPs in a row without really doing anything different. I’m sure there’s a lot of the same sentiment this year.”

The Packers have several key players who are scheduled to be free agents and Rodgers wants them back if he decides to stay in Green Bay. Rodgers considered leaving the Packers last year before signing a contract extension. He wanted more say in how the roster is assembled and the team gave him input.

“I think there’s more conversations to be had,” he said. “I think no player wants to be part of any type of rebuild. I said that years ago. Reloads are a lot of fun because you feel like you’re close, you’re only a couple guys away. This game is about relationships. It’s about the guys you rely on, even if they don’t maybe show up huge in the stat book. A guy like Marcedes Lewis, he’s an important cog in the wheel of the locker room and the momentum of the team. That’s a guy I want to finish my career with. You know? If I’m playing, I want that guy next to me. I want the Randall Cobbs of the world, if he wants to keep playing, in my locker room. Guys you can win with. Allen Lazard, Robert Tonyan, David Bakhtiari.”