After much delay, FBI investigating violence against pro-life organizations 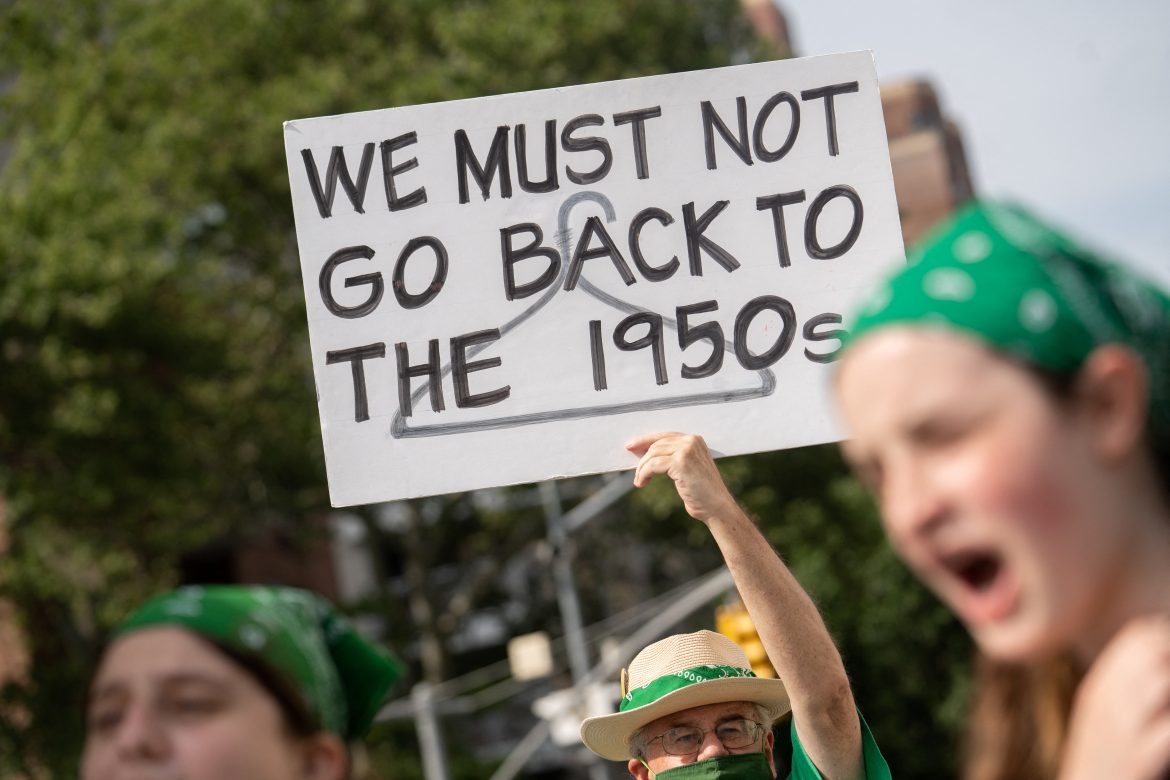 The FBI’s investigation into increased acts of crimes committed at pro-life facilities, including those where women receive treatment, has been welcomed by the right, but many wonder what took so long.

Since the Roe vs. Wade Supreme Court draft leak in early May, pro-life organizations and churches have seen a surge in attacks that include vandalism, arson, and threats like “if abortion aren’t safe, then neither are you.”

Concern among conservatives increased after one anarchist group vowed to attack in ways worse than “fire and graffiti” and claimed that it was “open season” on all pro-life organizations, which placed enough pressure on the FBI to intercede.

The investigation, announced only days ago, is long “overdue” according to Republicans on the Homeland Security Council:

🚨The @FBI's investigation into attacks on pregnancy centers as potential acts of domestic violence extremism is well overdue.

This extremist behavior threatens our homeland security which is why Homeland GOP is demanding answers from @DHSgov on it's response efforts. https://t.co/7h4jkMkwjx

On June 6, over 25  conservative leaders sent a letter to Attorney General Merrick Garland calling for an investigation and public condemnation of the attacks. They wrote, “We call on you to publicly condemn these unlawful attacks; to commit to vigorous efforts to prevent them, and to investigate and prosecute them; and to proactively engage with the affected faith communities to ensure their concerns and security needs are being met.”

This letter went without a response, however. Attacks have since taken an even more dire turn after Jane’s Revenge – which has claimed responsibility for many of the attacks, including arson attempts – released a new post on Tuesday vowing an increase in both attacks and sabotage against pro-life organizations.

“You have seen that we are real and that we are not merely pushing empty words,” the post began, before the group chastised pro-life organizations for not closing their doors in response to earlier political violence. Because of this, Jane’s Revenge said “the leash is off.”

They added, “We are versatile, we are mercurial, and we answer to no one but ourselves. We promised to take increasingly drastic measures against oppressive infrastructures. Rest assured we will, and those measures may not come in the form of something so easily cleaned up as fire and graffiti.”

Until these pro-life organizations close their doors, the group said “it’s open season” and that Jane’s Revenge “knows where your operations are.” In a particularly chilling moment, the group closed their letter by encouraging allies “with the urge to paint, to burn, to cut, and to jam” to follow their example.

The escalation in threats sparked concerns among Republicans senators like Tom Cotton of Arkansas and Marco Rubio of Florida. As the ranking member for the Senate Subcommittee on Crime and Terrorism, Cotton called on Garland to investigate or resign.

In a June 16 letter obtained by Fox News, Cotton wrote, “What is the Department of Justice doing to protect Americans from these violent attacks?”

Cotton asked for charges to be brought against the perpetrators of these crimes and for the FBI to investigate ‘Jane’s Revenge’ for domestic terrorism. He then said, “If you are unwilling to protect Americans from these attacks, you should resign – although, in my opinion, you should resign in any case.”

In an opinion piece released by Washington Stand, Rubio harshly condemned the White House and Democrats for their silence, saying the nation was at a crossroads because “political violence is becoming mainstream, largely but not solely because are leaders ignore it.”

He added, “Imagine a world where pro-life activists declared “open season” on their opponents, as Jane’s Revenge has done. There would be outrage, wall-to-wall news coverage, and maybe even primetime congressional hearings.”

FISM has followed these attacks closely since the draft leak. Since the last report on June 5, there have been five new incidents added to the Christian Post’s running list of victimized pro-life organizations: the Minnesota Citizens Concerned for Life located in Minneapolis; Gresham Pregnancy Resource Center located in Gresham, Oregon; Options360 located in Vancouver, Washington; CompassCare in Buffalo, New York; and Mountain Area Pregnancy Services in Asheville, North Carolina.

Jane’s Revenge was graffitied at two of the locations, Options360 and CompassCare. In a particularly horrifying development, the latter’s windows were broken and fires started within the building. Christian Post reported that two firefighters suffered minor injuries while fighting the fire.

The Gresham pregnancy center was also vandalized through arson. This was the second time the Minneapolis location has been attacked since May 2.