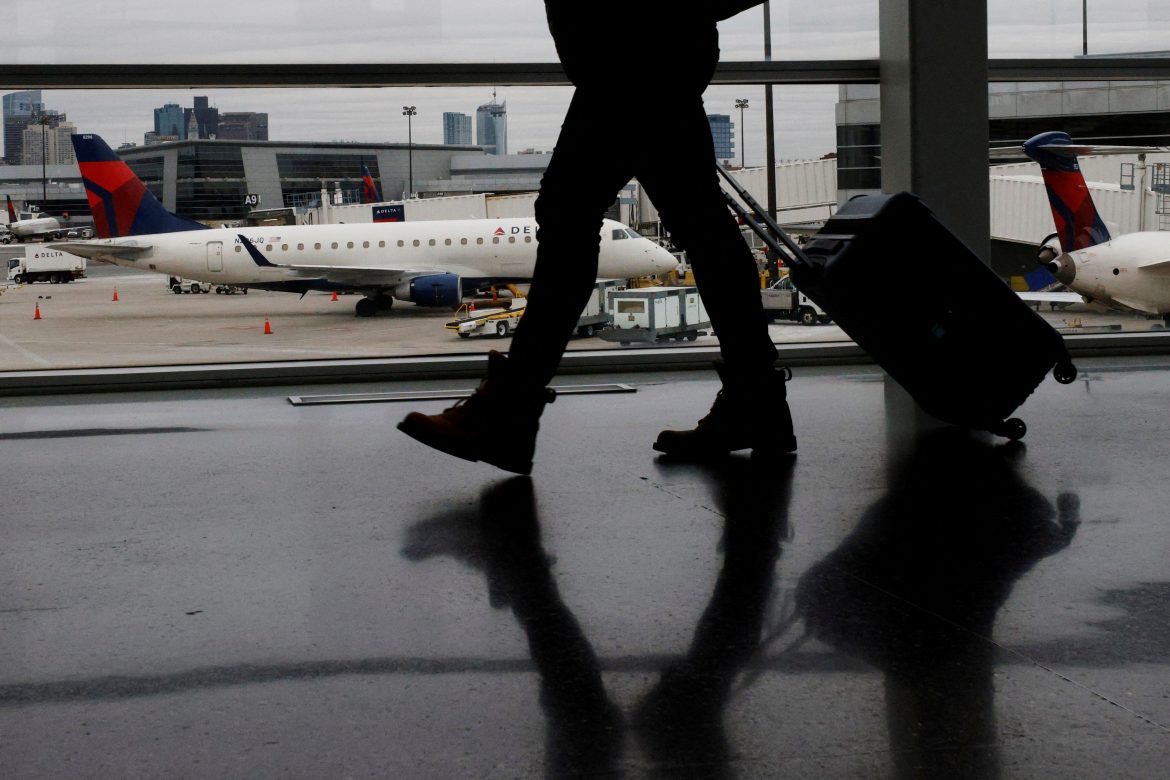 Airlines are scrambling to keep up with demand as the July 4th weekend approaches, which analysts are predicting will be the busiest travel weekend since the pandemic.

Across the board, major airlines in the U.S. have been plagued with significant staffing shortages as they struggle to return to pre-COVID levels of operation. Meanwhile, thousands of flight cancellations have left travelers stranded at airports for hours in recent weeks.

Airlines for America, a non-profit group representing the nation’s 10 major passenger and cargo air carriers, cited growing staff shortages of pilots, flight attendants, and other airline staff as “a factor” in at least one-third of a slew of recent flight cancellations as the busy Fourth of July weekend approaches.

In a letter to U.S. Transportation Secretary Pete Buttigieg that was shared with The Washington Times, the group’s CEO, Nicholas Calio, wrote that the Federal Aviation Administration has not shared a staffing plan for air traffic controllers for the July 4 weekend with the nation’s air carriers. Calio further pointed out that the FAA acknowledged “a needed increase in staff” at a May 3 airline industry summit in Florida.

“We appreciate the FAA’s acknowledgment of controller staffing challenges and would like to request a meeting to discuss how we can work together to better understand FAA’s controller staffing plan for the upcoming July 4th weekend and summer travel season,” Mr. Calio wrote in the letter.

Calio noted that Florida’s Jacksonville International Airport “has been understaffed for 27 of the last 30 days, which is crippling to the entire East Coast traffic.”

The letter follows a June 16 virtual meeting Buttigieg held with airline CEOs in which he threatened that the federal government may force carriers to hire more workers if the situation does not improve. Following the meeting, Buttigieg’s flight from Washington to New York was canceled.

The FAA told The Times in a statement that it had already “acted on the issues raised in the letter.”

“The agency has added alternate routes and placed more controllers in high demand areas, and increased data sharing,” the FAA said in an email.

“People expect when they buy an airline ticket that they’ll get where they need to go safely, efficiently, reliably and affordably. After receiving $54 billion in pandemic relief to help save the airlines from mass layoffs and bankruptcy, the American people deserve to have their expectations met,” the email continued.

Following mass layoffs at the onset of the COVID-19 pandemic in 2020, airlines have struggled to fill positions at a time when Americans are eager to travel.

Airlines say they are doing everything they can to limit flight interruptions as the Fourth of July holiday approaches, including offering pay increases for pilots.

AAA advises travelers to book their trips through travel agents who “can help plan for the unexpected – like a flight cancellation,” adding, “They are your best advocate.” For those who are planning to fly over the July 4th weekend, it may be wise to think through back-up options prior to heading to the airport.