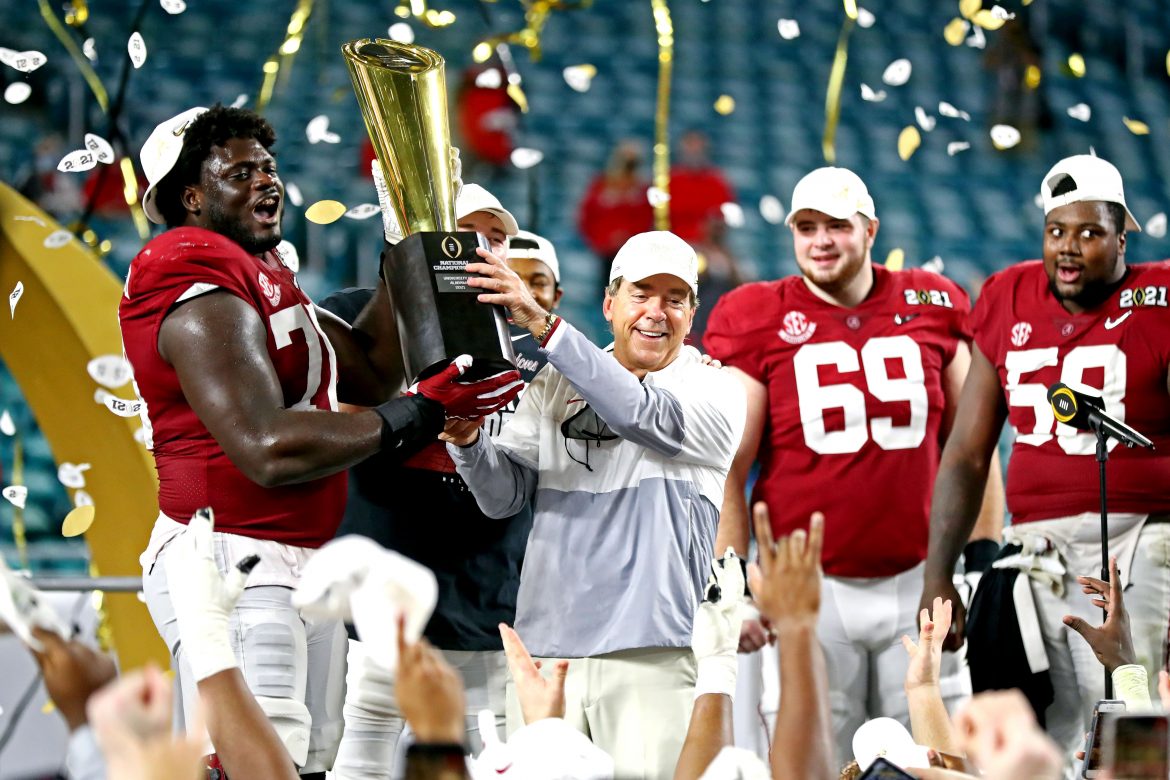 At the conclusion of a season surrounded by questions and controversy, Alabama was dominant in their championship performance on Monday night.

The Crimson Tide jumped to an 18-point lead in the first half and never looked back as they cruised to a 52-24 win over Ohio State in the College Football National Championship game. Heisman winner DeVonta Smith had a record-breaking performance in the first half with 215 receiving yards and 3 TDs, before being forced to leave the game in the third quarter with an injury.

That makes THREE TOUCHDOWNS for the Heisman winner 🔥 pic.twitter.com/u9qpKEKnTC

The win marks the University of Alabama’s 18th National Championship in it’s storied history. It also gives Nick Saban his 6th championship in his 13th season as head coach for the Tide and 7th overall. This championship gives him the most championships of any coach in college football history, passing fellow Alabama head coach, Bear Bryant.

The Tide has further cemented it’s classification as a dynasty with the win. In a sport with continued familiarity at the top, Alabama leads other juggernauts, Clemson and Ohio State, in it’s command of college football over the past decade.

As with many other things in 2020, the college football season was plagued with uncertainty. The start of the season began with several football conferences stating they would not participate due to safety concerns, before changing course several weeks in. Still, many games were cancelled due to teams contracting COVID-19, leading to questions concerning comparability of records.

Ultimately, a season characterized by unpredictability ended in a predictable way: with Alabama raising the National Championship trophy.