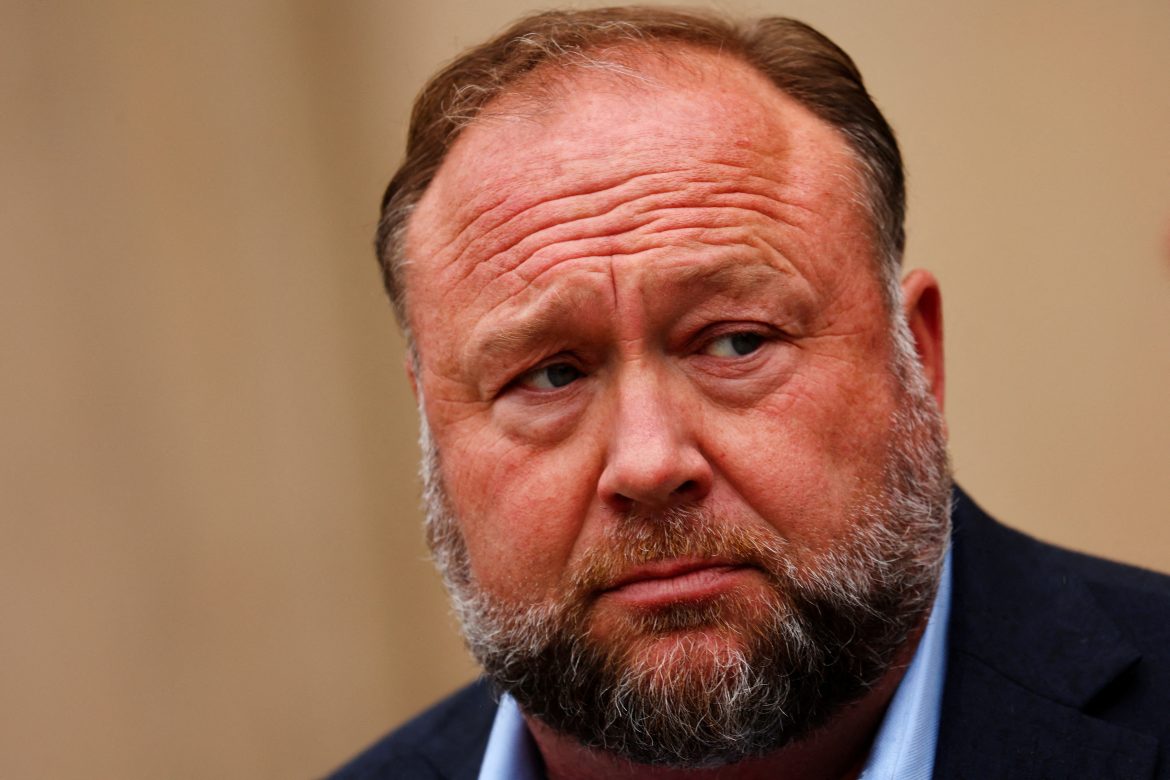 The ruling came a month after a jury in Waterbury, Connecticut, found that Jones and the parent company of his Infowars website must pay more than a dozen relatives of Sandy Hook victims nearly $1 billion in compensatory damages for falsely claiming they were actors who staged the shooting as part of a government plot to seize Americans’ guns.

In a separate order late Wednesday, the judge, Barbara Bellis, temporarily blocked Jones from moving any personal assets out of the country. The ruling came at the request of the plaintiffs, who claim Jones is trying to hide assets to avoid paying.

Jones is now on the hook for a total of $1.49 billion in damages in two Sandy Hook defamation cases that went to trial this year. A third case is pending in Texas.

On Dec. 14, 2012, a gunman murdered his mother, then killed 20 children and six staff members at Sandy Hook Elementary School before killing himself. The conspiracy theories amplified by Infowars on its website, social media, and a show hosted by Jones led to years of threats and other harassment of the parents of the murdered children, the plaintiffs allege.

In their request for punitive damages, the plaintiffs said Jones should pay the maximum penalty available for the “historic” scale of his wrongdoing and “utter lack of repentance.” Jones has since acknowledged the shooting took place and apologized, but refused to apologize again to the families during his trial testimony.

In a statement, plaintiffs’ attorney Chris Mattei said the ruling “serves to reinforce the message of this case: Those who profit from lies targeting the innocent will face justice.”

Jones‘s lawyer, Norm Pattis, said in a statement that “the verdict was a tragedy, this latest ruling is a farce. It makes our work in an appeal that much easier.”

Pattis has argued in court filings that the verdict is excessive and should be reduced. He is also seeking a new trial over what he says were unfair pretrial rulings.

Jones‘s company, Free Speech Systems LLC, is also liable for the verdict. It filed for bankruptcy in Texas in July.

The trial in Connecticut came two months after Jones and the parent company of his Infowars site were hit with a nearly $50 million verdict in a similar case brought by two Sandy Hook parents in Austin, Texas, where Infowars is based.

Free Speech Systems filed for bankruptcy in Texas in July. Some experts doubt the move will offer much protection for Jones’s assets, even if he is not able to pay the full judgments against him.

The Sandy Hook families have intervened in the case, urging a judge to freeze Free Speech Systems’ assets and investigate its finances. They claim Jones pulled $62 million from the company while burdening it with $65 million in “fabricated” debt.