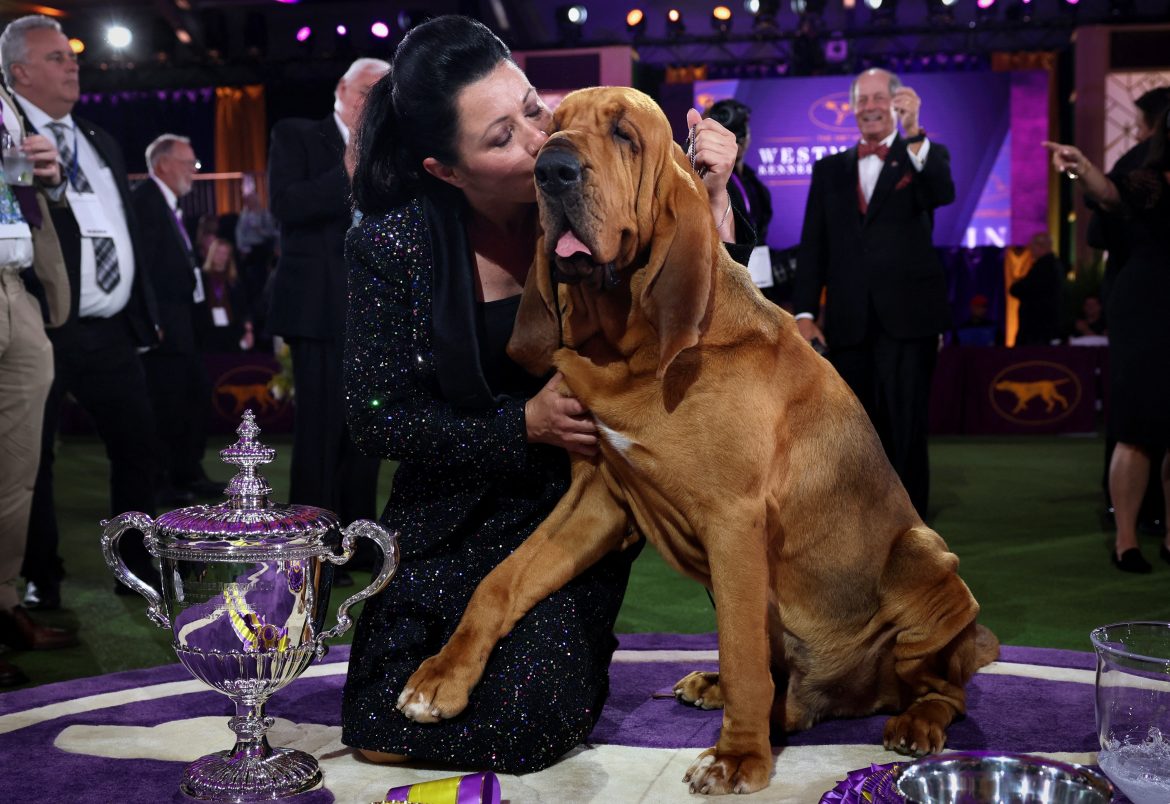 A bloodhound named Trumpet won best of show on Wednesday in the 146th annual Westminster Kennel Club Dog Show, beating out more than 3,000 dogs from 200 breeds and varieties to claim the most prestigious such prize in the United States.

A 4-1/2-year-old male, Trumpet was handled by Heather Buehner, one of the four owner-breeders of the dog from Saint Joseph, Illinois.

The lovable hound with trademark loose folds of skin was a crowd favorite at the smaller than normal venue in Tarrytown, New York, about 25 miles (40 km) north of New York City.

Judge Don Sturz, a superintendent of a school district in Long Island, New York, declared him the winner over the reserve best in show, Winston, a French bulldog, whose owners include professional American football player Morgan Fox of the Los Angeles Chargers.

The show, which had entrants from the United States and nine other countries this year, dates to 1877 and has become a mainstay annual television event.

Each breed producers a winner, representing the best of what artificial selection can create from the descendants of wolves. The breed winners are separated into seven groups to determine the best of show finalists.

Four of the finalists were chosen on Tuesday: Trumpet the bloodhound, representing the hound group; Winston the French bulldog for non-sporting dogs; Hollywood, a Maltese, in the toy category; and River, a German shepherd, for the herding group.

Three other finalists were named on Wednesday, setting up the best in show competition: Belle the English setter among sporting dogs; Striker the Samoyed for the working group; and MM, a Lakeland terrier, among the terriers.

Judges examine the dogs up close, placing their hands on the animal, then watch the handlers lead them around the floor, grading how they meet breed standards on appearance, temperament, size, coat and other characteristics.

Usually held at Madison Square Garden in Midtown Manhattan, the show was moved upstate to a smaller arena on the expansive grounds of Lyndhurst Mansion the past two years because of the coronavirus pandemic.