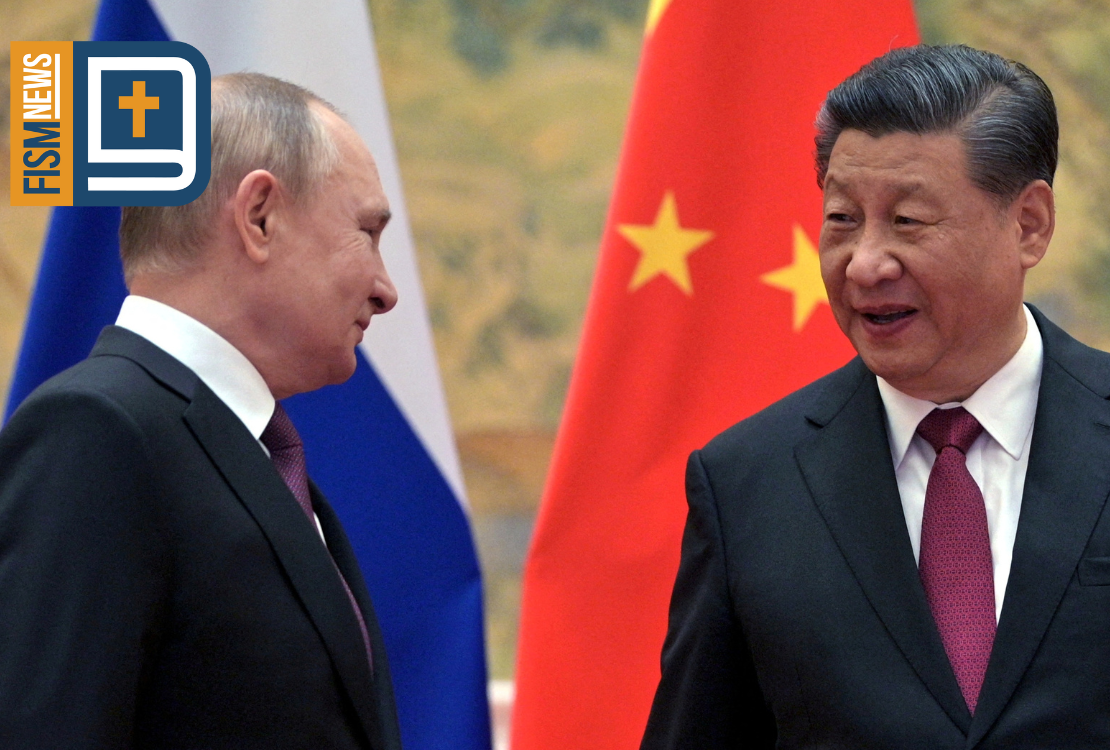 As a tumultuous 2022 came to a close, the leaders of the two most potentially dangerous nations for American prosperity met in a video conference to strengthen their ties.

Both leaders seemed to highlight a shared perception of “unprecedented pressure” from the West, in light of extreme tension that both world powers are seeing with smaller nations — Russia with Ukraine, and China with Taiwan.

We share the same views on the causes, course, and logic of the ongoing transformation of the global geopolitical landscape. In the face of unprecedented pressure and provocations from the West, we defend our principled positions and defend not only our own interests, but also all those who stand for a truly democratic system and the right of countries to freely determine their own destiny.

Putin said the condition of the relationship between the two world powers is “the best in history.”

The relationship still appears murky on the outside, as China has publicly said it hopes the war in Ukraine, which is approaching its one-year mark in less than two months, would come to an end, according to a report from CNN.

Yun Sun, a Chinese executive with ties to Xi, said before the meeting,

China is eager for (the war) to end. Xi will try to emphasize the importance of peace to Putin. As Russia is getting impatient with the lack of progress on the battlefield, the timing is ripening for peace talk in China’s eyes.

And Jesus answered and said to them: ‘Take heed that no one deceives you. For many will come in My name, saying, ‘I am the Christ,’ and will deceive many. And you will hear of wars and rumors of wars. See that you are not troubled; for all these things must come to pass, but the end is not yet. For nation will rise against nation, and kingdom against kingdom. And there will be famines, pestilences, and earthquakes in various places.’  – Matthew 24:4-7

For Christians, it is wise for us to keep a pulse on the happenings of world politics, understanding what we are told will come to pass. Regardless of our end times theology (and I heard it best from a dear friend of mine who once said “I hold to the ‘pan-millennialism’ position; I just believe it’ll all pan out in the end), we all must admit that there are “signs of the times,” and included in those are a rising of nations against one another.

Perhaps we are seeing the beginnings of this with the war in Ukraine, or with a Russo-Chinese alliance. Some have speculated about the potential of the outbreak of World War III if the war in Ukraine hits a member nation of NATO. Others have predicted that, if this were the case, Russia and China would be the chief players of a modern “Axis,” enemies of the United States up against the free nations of the world to achieve global dominion.

No matter if the current global tensions are the catalyst for the Apocalypse, Christians must remember one vital truth that supersedes all others: God is on the throne.

Christians can walk with great confidence no matter what comes to pass, because we belong to the God who ordains all that comes to pass, for His good pleasure and for His glory. We must remind ourselves — Vladimir Putin is not on the throne, nor is Xi Jinping or Joe Biden or Donald Trump. There is but one Ruler of this universe, and He is the Lord God Almighty.

Since God is enthroned in heaven, we can take two practical lessons. The first we already discussed. We can trust in the sovereign Lord of the universe. Nothing is outside His rule and His command.

The second is this — since God is on the throne, let us willingly bow down to Him.

The great lie of human history is that mankind can somehow achieve the status that only God has. We are tempted in this way every day. Whenever we sin, we fool ourselves into thinking that by breaking the law, we are somehow above the law. Adam and Eve were tempted in this exact way. They sought to be God rather than submit to God, and the results were catastrophic.

On the contrary, when we give up our desires for self-idolatry and submit to the loving hand of God, it is here we find true freedom and true life. We can run in the safety of our Good Shepherd’s care, living in the freedom that can only be found in Him.

As you consider the chaos of today’s world, keep your eyes focused on the sovereign Lord who loves you and works all things for His glory and for the benefit of His people.

And we know that all things work together for good to those who love God, to those who are the called according to His purpose.  – Romans 8:28