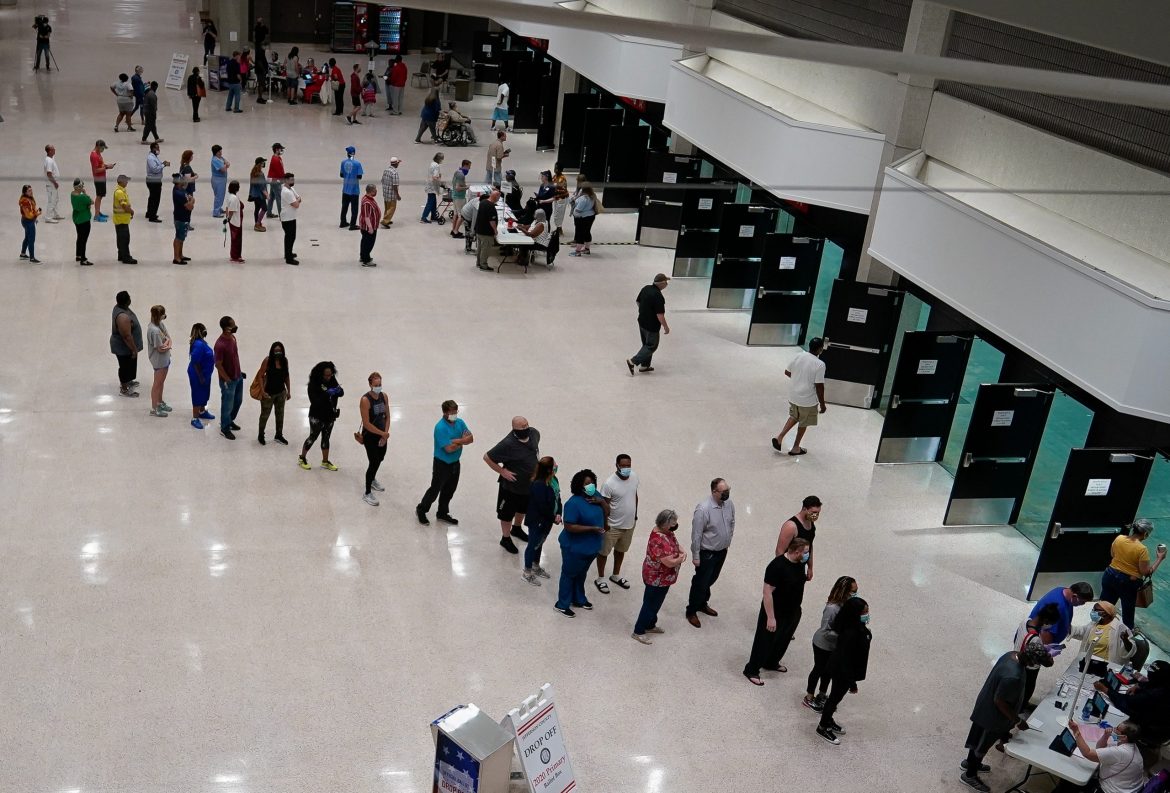 Voters in one of Kentucky’s biggest counties faced long lines and some voters in New York complained their polling stations opened late as six states held elections on Tuesday amid persistent worries about the risks posed by the coronavirus.

But unlike the delays and confusion earlier this year at some polling stations in Wisconsin and Georgia, in what some fear could be a preview of the Nov. 3 general election, officials and observers in New York and Kentucky said balloting in most locations was proceeding efficiently despite the pandemic.

The two states, which were conducting statewide primaries, had encouraged mail-in balloting as a safe alternative to in-person voting, resulting in record numbers of absentee ballot requests. Both also encouraged early voting and cut back on polling locations as a safety precaution.

Worries about the potential for trouble in Kentucky, where polling locations were cut to fewer than 200 from more than 3,000 normally, had not panned out by midday.

In Jefferson County, the state’s most populous, voters moved easily through the huge exhibition center used as the county’s only polling place.

Waits of more than an hour were reported, however, in the second-biggest county of Fayette. County Clerk Don Blevins, a Democrat, said during the day he added two more check-in stations to the original four to reduce the delays and ease the lines at the county’s sole polling site.

Nearly 900,000 absentee ballots were issued, or about 27% of registered voters, the Kentucky secretary of state’s office said.

New York also saw an explosion of interest in absentee ballots, issuing nearly 1.9 million, the board of elections said. In the 2016 primary, about 115,000 absentee ballots were cast.

Susan Lerner, executive director of Common Cause New York, said election monitors had received complaints that a few of New York City’s more than 1,000 polling places opened late and that voters in some instances were given incomplete ballots.

There were also primary elections for some congressional, state, and local offices in areas of South Carolina, Mississippi, North Carolina, and Virginia.