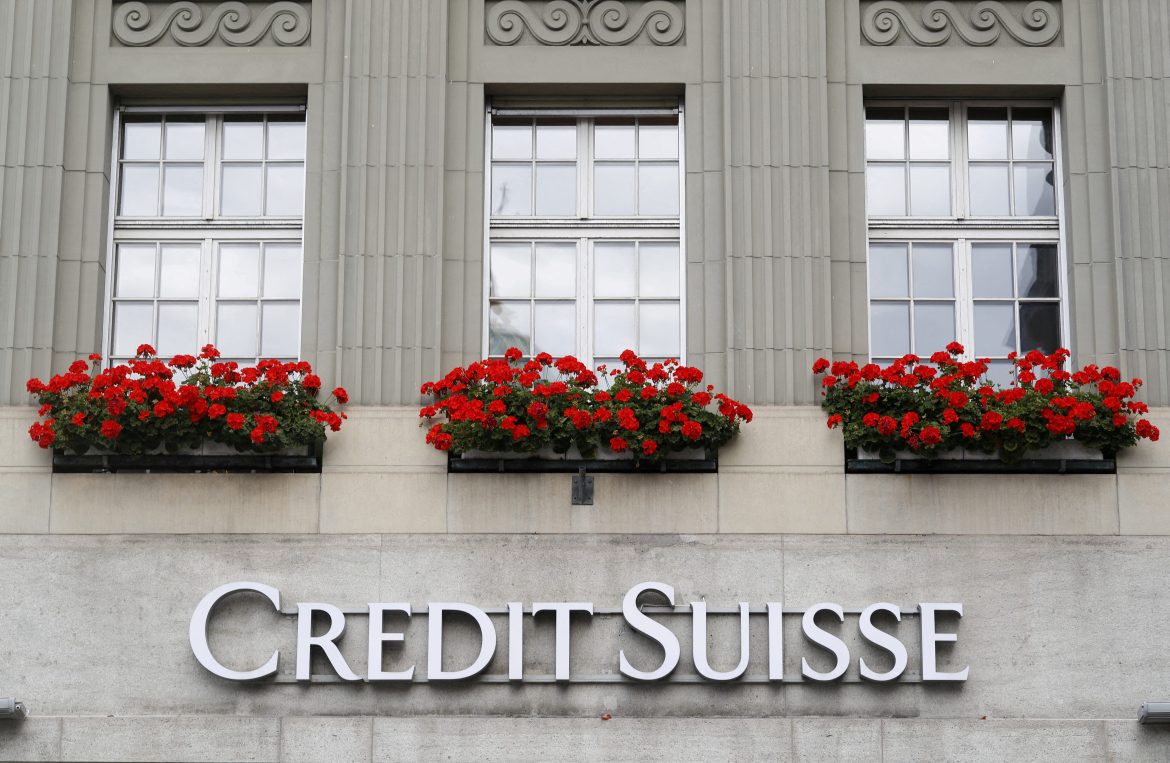 Some of the bank’s wealth management clients have recently become concerned about Credit Suisse‘s turnaround, two people familiar with the discussions told Reuters, and some have been moving funds, according to one of the people. The division is expected to be the centerpiece of the bank’s turnaround plan.

A Credit Suisse spokesperson said: “We remain close to our clients as we conduct our strategic review.”

Meanwhile, the firm’s ability to extract good terms from potential buyers of businesses it wants to exit has been weakened by the market rout, analysts say.

Concerns in recent weeks that Credit Suisse will not be able to fund the reorganization without tapping investors for funds pushed the stock to new record lows.

Unsubstantiated social media speculation about the bank’s solidity over the weekend triggered a slump in its bonds while the cost of insuring against a Credit Suisse default jumped on Monday to a level not seen in decades.

“It’s always going to be a challenging restructuring,” said Johann Scholtz, equity analyst at Morningstar. “But what makes it even harder now is that you increased funding costs dramatically and profitability, which was already under pressure, is now even further under pressure.” Under CEO Ulrich Koerner, in the job since July, Credit Suisse is attempting to restore the bank’s profitability and reputation. It lost $5 billion when Archegos collapsed in 2021, was rebuked by regulators for spying on executives, and was tarnished by its involvement with defunct financier Greensill Capital.

To underpin sustainable profit, Credit Suisse is aiming to streamline the investment bank and expand its wealth management business, which soaks up less capital. Among the options the bank has said it is considering is finding a buyer for its securitized products business.

The more it can fetch for its assets, the less it will have to raise from investors.

A source familiar with the situation told Reuters on Friday that the bank was exploring all options to get additional capital and that it did not necessarily have to sell more shares. There was a way for it to do so with just asset sales, the source said.

Credit Suisse will still have an investment bank but it is likely the division would be trimmed, the source added.

The bank has said it will present its plan on Oct. 27, but upheaval in the bank’s stocks and bonds could complicate that task considerably.

“The executives really need to jump on this to inform investors and the general public very specifically about what they’re going to do about a restructuring,” said Mayra Rodríguez Valladares, a financial risk consultant who trains bankers and regulators.

Credit Suisse‘s shares have fallen some 60% this year. The cost to insure its bonds also soared again on Monday, adding 105 basis points from Friday’s close to trade at 355 bps, their highest level in at least more than two decades.

Adding to its woes is broader market malaise, with rapidly rising interest rates and recession fears as well as the fallout of the war in Ukraine rattling investors and tightening financial conditions.

“The issue Credit Suisse runs into is that it almost becomes a self-fulfilling prophecy, not so much from a liquidity perspective, but their star talents start to leave or the rich people start pulling their money out of the private bank and then the business fundamentals begin to decline,” said James Finch, clinical associate professor of finance at New York University Stern School of Business.

Jefferies analysts wrote in a note that Credit Suisse would be a “forced seller,” which could hurt the price it fetches for assets.

“Selling assets will generate capital but reduce future earnings generation capacity,” the analysts wrote. “Overall, we think asset sales alone are unlikely to be the solution to the potential capital shortfall problem.”

There are also concerns of possible further outflows from the private banking business, analysts at Citigroup wrote in a note to clients on Monday.

Regulators have been watching. A source familiar with the matter said Swiss regulator FINMA and the Bank of England in London, where the lender has a major hub, were monitoring the situation and working closely together.

Executives have reassured staff that the bank has solid capital and liquidity.

Three sources at rival Wall Street firms affirmed that view and pushed back against any comparisons with the industry during the 2008 financial crisis, when banks such as Lehman Brothers failed.

In his note, Beaumont pointed to various measures of Credit Suisse‘s capital levels, saying it seemed to be “sufficient to absorb upcoming losses from divestments/asset sales.”

It would behoove the bank to explain that it has sufficient capital to handle any unexpected losses, as well as adequate liquidity and cash to pay its obligations, said Rodriguez Valladares.

“What makes me a bit nervous is that some investors are jumping too quickly,” said Rodriguez Valladares. “Look, the capital levels and the liquidity levels of credit Suisse are still healthy.”