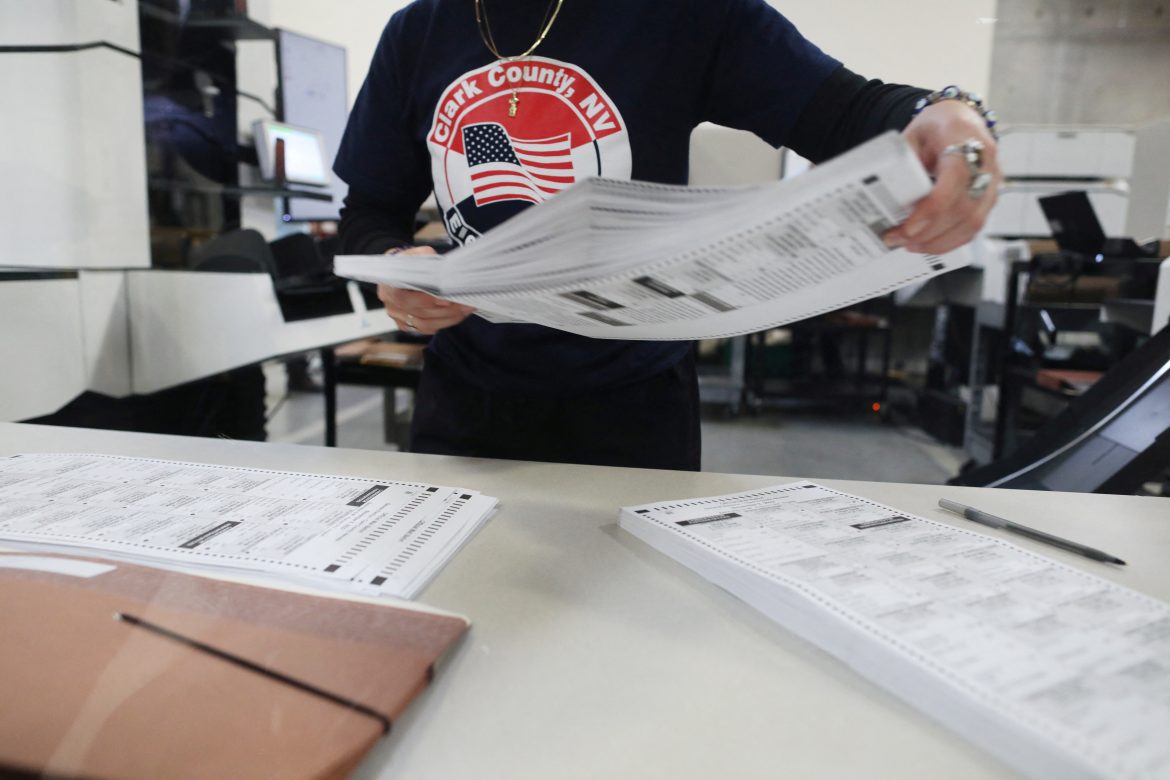 Politicians and the media gadflies who surround them have a unique talent for simultaneously making too much and too little of issues, and the 2022 midterm was the latest sterling example of how the process works.

It’s become something of a tradition for journalists to memorialize every national election by lamenting that we are a nation divided. This line of reasoning is not only cliché, it’s also inaccurate.

Americans are far more alike than we are unalike, both in our actual beliefs and how we react to good and bad news, and that is one big lesson of this midterm.

We can’t agree how long is too long to certify an election, much less which direction is the correct one in which to lead our nation, but we are united in our belief that everything, everywhere is of earth-shattering importance or so insignificant as to be easily ignored.

Nowhere is the phenomenon more obvious than in the reaction from and in response to former President Donald Trump, who exited the midterm as both the biggest winner and loser — just ask everyone.

It’s a funny American electoral system we have these days, one capable of producing numbers that somehow prove anyone right.

Trump can tout the success of several hundred of his endorsees as proof of victory. His detractors can point to 16 or so losses in key races as proof of his downfall.

In truth, the magic number for Trump is 1, as in one Senate seat. Any seat would have done so long as it broke the senatorial tie in favor of the Right, but failures in Nevada, Arizona, and Pennsylvania have proven the cudgel with which anti-Trump figures on the left and right have throttled their old favorite enemy.

It is entirely too early, and also a wild overstatement, to read the demise of Trump’s political fortunes from this midterm, although he has certainly taken a hit and clearly knows it.

Trump might be well known for his confidence and bravado, but his sudden interest in hurling invectives at every Republican who might be a challenger to his candidacy in 2024 speaks of insecurity, not anger.

This election also gave rise to what can best be described as the postmodern deconstructed victory. You didn’t actually win, but you suffered a loss that wasn’t as bad as predicted. Thus, through some fancy left-handed math, the result is sufficient to declare that voters have given you a mandate.

Democrats might wind up with a 51-49 majority in the Senate — stress might because Herschel Walker might yet unseat Raphael Warnock in Georgia — and Republicans definitely will hold a slight advantage in the House.

In Biden’s world, and by extension that of the Democratic Party, this is proof positive that Americans are happy with a domestic and foreign policy strategy best described as “spend early, spend often” and a cost of living so far through the roof it can see the curvature of the earth.

People in legacy media might guffaw over Trump’s decision to launch his 2024 presidential bid only days after the red wave ended by smacking into a seawall, but save some derision for Biden, who is now described as “emboldened” to press forward with his agenda and possibly into a 2024 reelection bid.

At least Trump can claim some momentum. His party did wrest control of a chamber. Biden’s optimism makes as much sense as a pomeranian losing a fight to a Dotson before marching straight into the Doberman’s kennel.

But that analogy only worlds if the pomeranian is walking toward the Doberman while still being bitten by the Dotson.

Biden faces two years of what one can only assume will be a consistent concrete wall standing between him and his social agenda.

There is a chance, one might argue a strong likelihood, that Biden gets impeached, some have speculated multiple times. He is in no danger of being removed from office, but Biden can count on having his time occupied defending his presidency.

And he still hasn’t found an answer to energy costs and inflation, which one would assume will push more voters to the right.

This is not the sort of fate one typically associated with winning.

Republicans the actual ‘winners’ … sort of

The true victors, and it’s a scant win to be sure, are Republicans in the House. Beyond Florida Gov. Ron DeSantis, no one else could claim such success in the 2022 midterm elections.

House Republicans have an advantage now, and that’s all they need to achieve several short-term goals.

First, and it would be a shock if this isn’t done on Day 1, the Republicans can officially shutter the Jan. 6 committee. That won’t spare Trump from further prosecution — the Justice Department could still choose to pick up the batton — but Democrats will lose their ability to broadcast one-sided hearings on live television.

Republicans will also be able to block Biden’s legislation without having to rely on the goodwill and consistency of West Virginia Sen. Joe Manchin. They can even send conservative-friendly bills to the Senate.

But even among authentic winners, there is the danger of overstatement. Any hope of wholesale change or reform is likely to lead to disappointment. The fruits of the Republican victory, for now, will be limited to frustrating Biden’s plans.

A conservative-led House can impeach Biden once a month, but he is in no real danger of being removed from office.

Those same conservatives can pass bills aimed at banning abortion, outlawing gender treatments for minors, and demanding a border wall be completed, but with the White House and Senate still blue, those bills will be little more than pipe dreams.

What we actually learned

Far from being just another piece of evidence that we are a divided nation, the 2022 midterm provided more proof that neither the Republicans nor Democrats have found the pulse of the American public.

And there is a shared pulse.

Unless we are the only humans in the history of the species to prefer chaos, war, misery, high prices, corruption, and an inability to experience a reasonably docile and enjoyable existence, there must be an undercurrent of shared desires and values in this large flowing river of disharmony.

The bulk of us shares numerous “must haves’ that a political party with sense will be able to enumerate. Although we aren’t all willing to admit it, we also share a desperate need for God to take control of our nation and lives.

Let our prayer, then, be that in the coming two years political leaders emerge who are truly selected by God and can more adeptly speak to those shared values and deliver much-needed change.

But, of even greater importance, let us also pray that we, as a people, experience a soul-shaking revival so that we are able, willing, and humble enough to recognize God’s leaders when they stand before us.