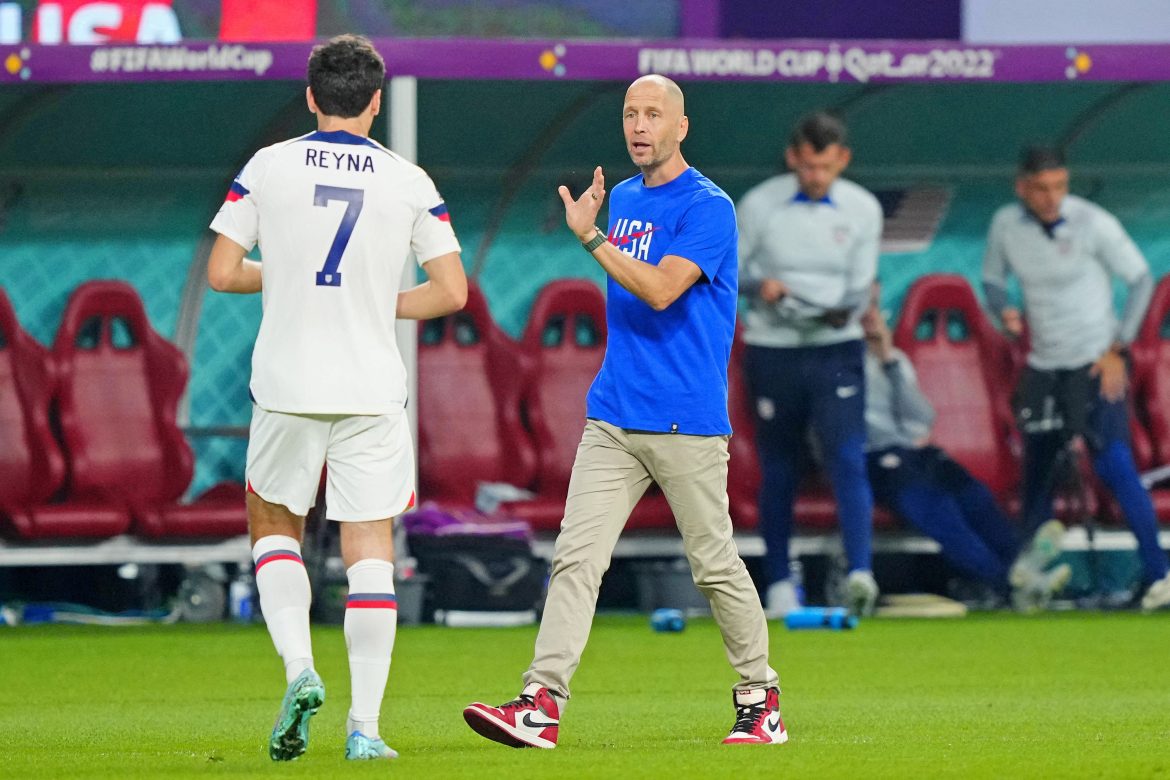 The mother of American soccer forward Giovanni Reyna is under fire for bringing up the past of the U.S. Men’s National Team coach, who is also a longtime friend, for the way she says he treated her son.

Danielle and her husband, Claudio Reyna, recently told U.S. Soccer’s sporting director Earnie Stewart that Coach Gregg Berhalter was involved in a domestic dispute with his now-wife outside of a bar in 1991. Reports show Claudio and Gregg were once best friends, high school classmates, and played together in two World Cups.

Someone from an unverified Twitter account that seemingly belongs to Coach Berhalter released a statement on Jan. 3 substantiating those claims. The statement read in part that an “individual contacted U.S. Soccer” during the most recent World Cup saying “they had information about me that would ‘take me down’” in “an effort to leverage something very personal from long ago to bring about the end of my relationship with U.S. Soccer.”

The individual referenced is apparently Danielle Reyna. The statement went on to say that Coach Berhalter kicked his then-girlfriend in the legs outside a local bar when he was a freshman in college after a “heated argument.”

“There are zero excuses for my actions that night,” the coach said in the statement. He added that it was a “shameful moment” that he “regrets to this day.”

Danielle Reyna is accused of then taking the above information and “telling all” to a number of media outlets in an attempt to exploit and blackmail Coach Berhalter. Reyna admitted to sharing the story but denied there was any attempted “blackmail,” according to a report in the L.A. Times.

It’s believed that Reyna reported Coach Berhalter to Earnie Stewart because the coach limited her son’s playing time in the World Cup and criticized his off-the-field behavior at a public meeting.

Reyna explained her decision in a report in L.A. Times by saying:

I did call Earnie Stewart just after the news broke that Gregg had made negative statements about my son Gio at a leadership conference. I have known Earnie for years and consider him to be a close friend. I wanted to let him know that I was absolutely outraged and devastated that Gio had been put in such a terrible position, and that I felt very personally betrayed by the actions of someone my family had considered a friend for decades.

Reyna claims that telling Stewart that Coach Berhalter physically assaulted his then-girlfriend outside of a bar wasn’t blackmail.

“I want to be very clear that I did not ask for Gregg to be fired, I did not make any threats, and I don’t know anything about any blackmail attempts,” she said.

It’s also clear that instead of reaching out to Coach Berhalter, someone she and her husband have known for more than 31 years, she reached out to voice her concerns to his boss, effectively putting his career in jeopardy.

U.S. Soccer has launched an investigation into Coach Gregg Berhalter by hiring an outside firm. Part of a statement from the organization reads: “We appreciate Gregg and Rosalind coming forward to speak openly about this incident. Consistent with our commitment to transparency, we will share the results of the investigation publicly when it is complete.”

The coach’s statement ended with: “While we would prefer not to speak about something so personal from so long ago in such a public forum, we are embracing this opportunity to share what has shaped us and how much we have grown and learned from this over the past 31 years.”

Coach Berhalter’s future with U.S. Soccer remains up in the air. He was appointed to the head coach position in December 2018.