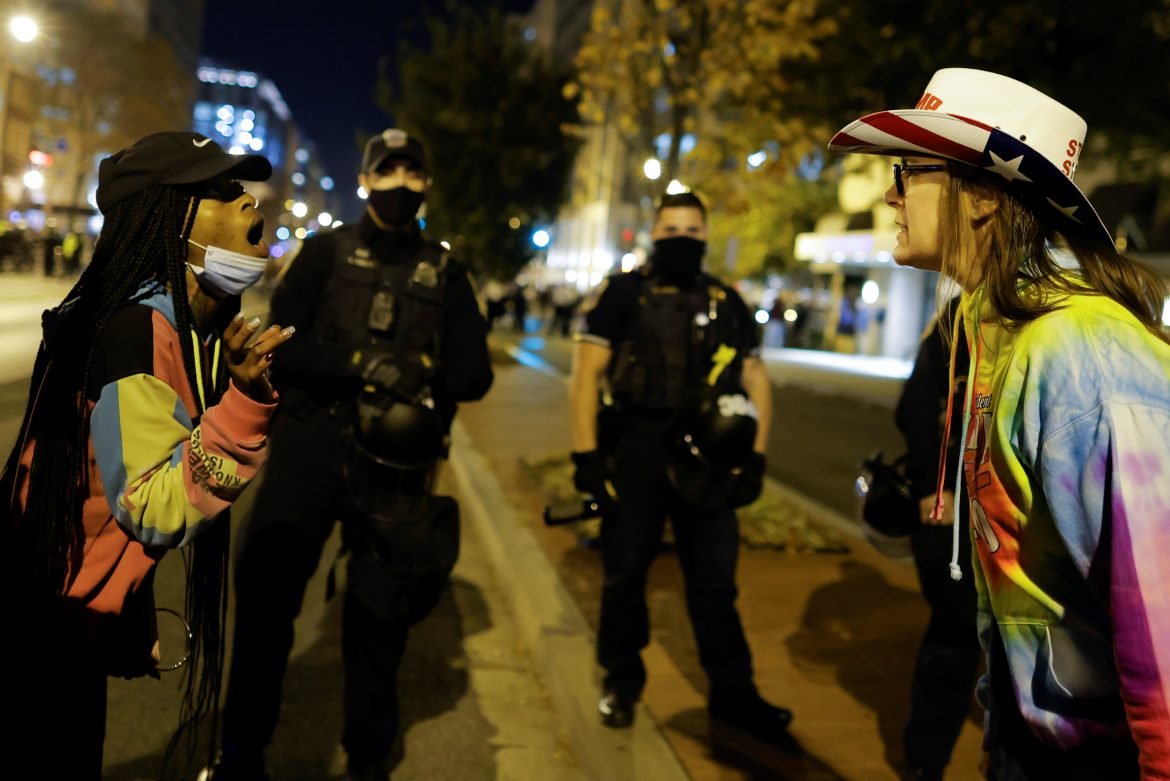 Thousands of Trump supporters rallied in D.C. over the weekend in the “MAGA Million March.”  Saturday’s march was intended to show support for the President’s current election legal battles.

NOON ET – The MAGA March has filled 1 city block. Between 14th and 13th Streets, NW. The road you see in the middle is 13 1/2 Street.#MillionMAGAMarch @WUSA9 @CBSNews pic.twitter.com/gWuwOO2fnS

Saturdays events ended in violence and chaos, as Antifa and BLM counter protesters descended on the city later in the day resulting in arson, street brawls, and a stabbing. Dozens of arrests were made throughout the evening.

BLM-antifa attack more people eating dinner in DC. They throw projectiles and a mortar firework at them. Video by @livesmattershow: pic.twitter.com/3sTTFj5ihw

Trump took to Twitter calling the attackers “ANTIFA SCUM” and accused them of waiting until evening “when 99% were gone, to attack innocent MAGA People.” Conservatives attacked Vice President Biden for not condemning left-wing violence, referencing his calls for national unity in his victory speech.  Some also accused the President of failing to do enough to protect his own supporters.