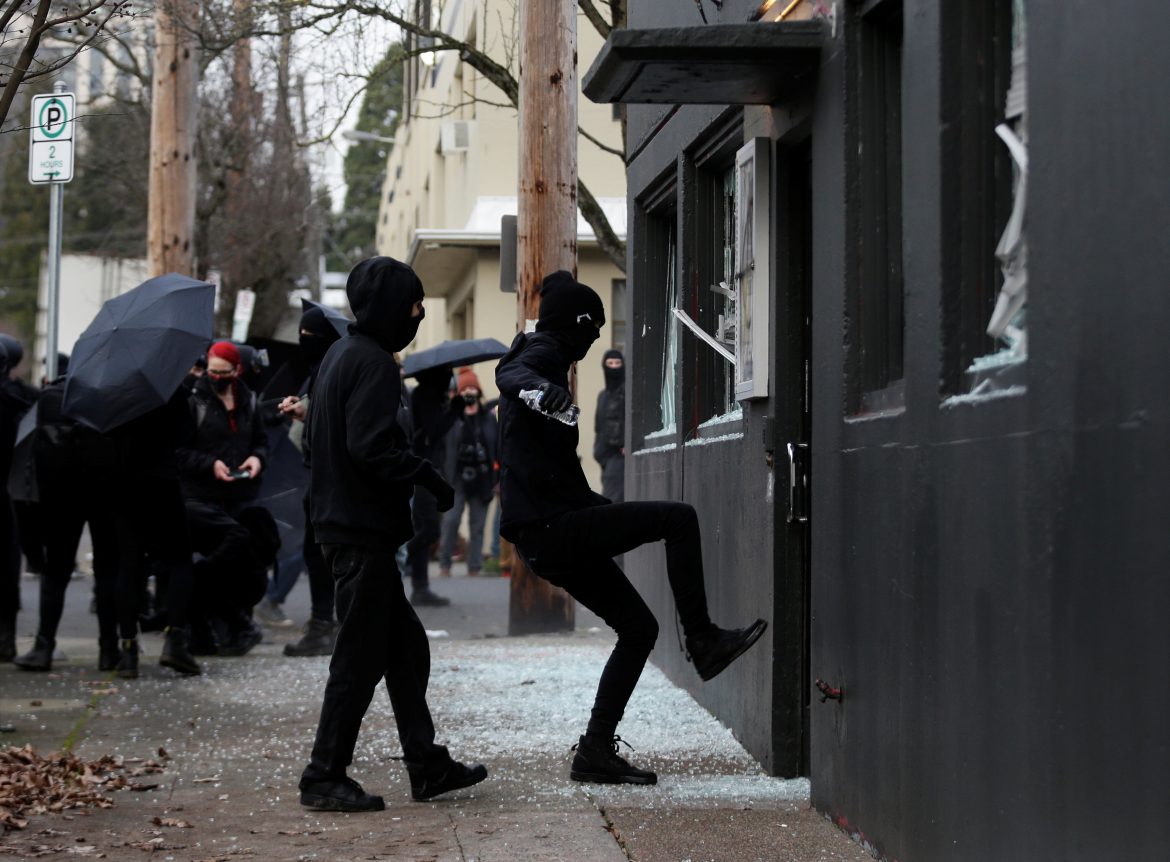 Antifa took to the streets of Oregon during broad daylight on January 20th, holding signs and banners stating “We Don’t Want Biden – We Want Revenge!” Their protests turned violent as they destroyed buildings such as the Democratic Party of Oregon headquarters and the original Starbucks building.

One pre-planned march known as “J20” started as early as 2 p.m. Notably shared on social media beforehand by independent reporters such as Andy Ngo, this event turned into the destructive behavior that affected the Democratic Party building.

Some banners from the current #antifa #J20 protest in Portland:

The “J20” protests were supposedly asking for police reform, education and foster care improvements, and returning land to Indigenous People, as well as denouncing the government as a whole.

A second march later in the day was planned to protest government immigration policies by marching to the ICE building in Oregon. The group started in a nearby park and made its way to the ICE building, spray-painting it and throwing rocks once they arrived.

Portland police released video updates concerning the events, detailing what happened and how they responded.

Here's our last video update for the night. Thanks for coming here for verified public safety information! pic.twitter.com/E062Gcn7cl

A Moment In History: Stonewall Jackson