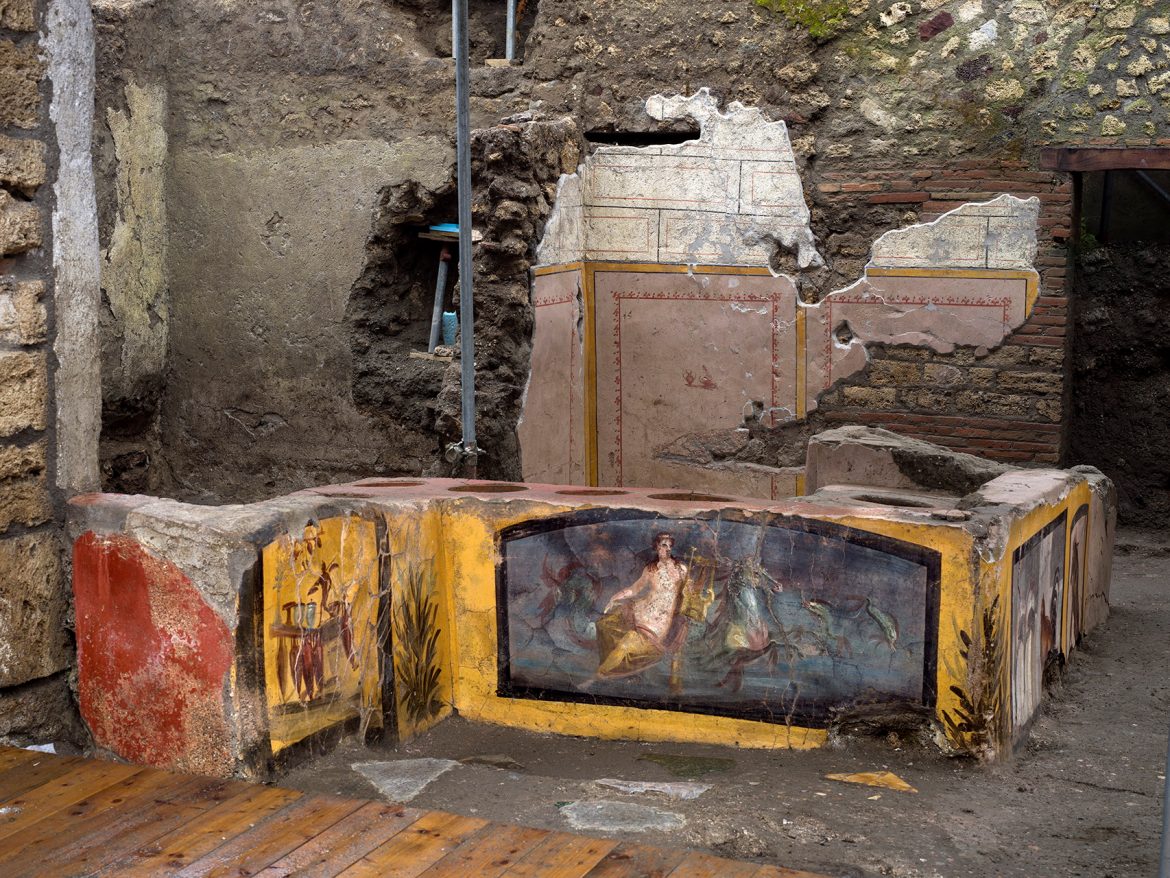 Archaeologists in Pompeii, the city buried in a volcanic eruption in 79 AD, have made the extraordinary find of a frescoed hot food and drinks shop that served up the ancient equivalent of street food to Roman passersby.

Known as a termopolium, Latin for hot drinks counter, the shop was discovered in the archaeological park’s Regio V site, which is not yet open the public, and unveiled on Saturday.

Traces of nearly 2,000-year-old food were found in some of the deep terra cotta jars containing hot food which the shop keeper lowered into a counter with circular holes.

The front of the counter was decorated with brightly colored frescoes, some depicting animals that were part of the ingredients in the food sold, such as a chicken and two ducks hanging upside down.

“This is an extraordinary find. It’s the first time we are excavating an entire termopolium,” said Massimo Ossana, director of the Pompeii archaeological park.