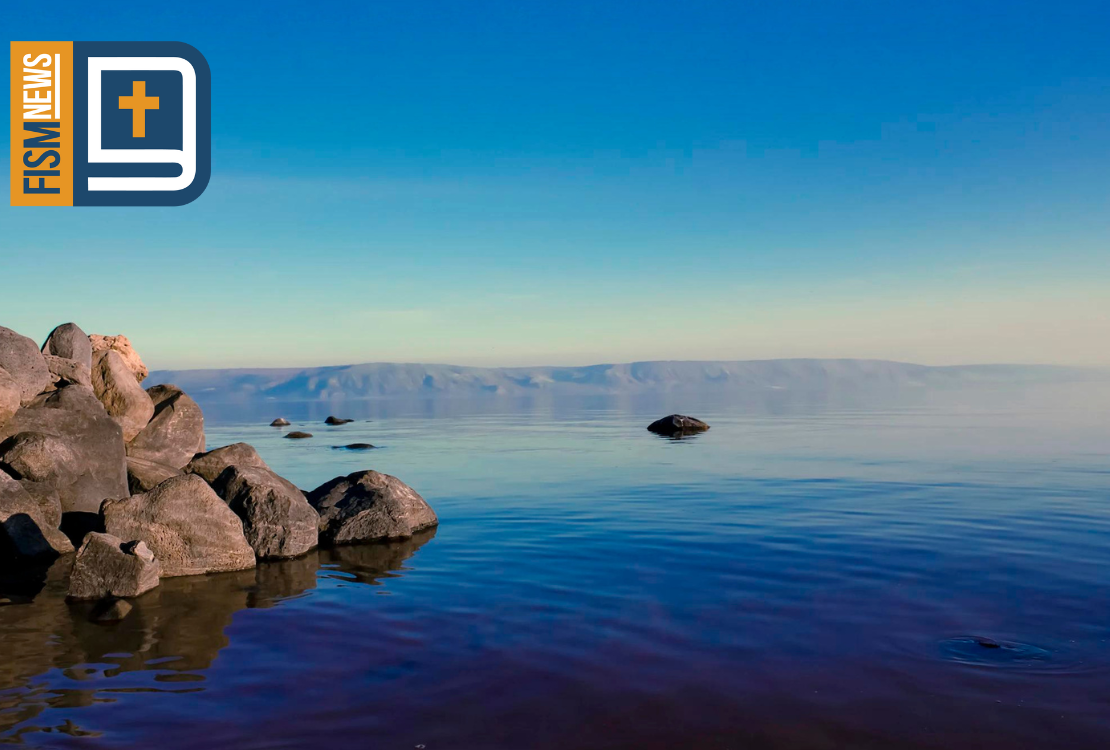 Archeologists in the Holy Land recently unearthed several Christian writings from the early 7th century AD that confirm the growth of Christianity in the region during this time, according to yesterday’s report from The Christian Post.

The discovery of four Christian inscriptions — written in a Greek hybrid as part of a Christian mosaic from the Byzantine Empire — was made at the Martyrion of Theodoros church, also known as the “Burnt Church” for its unfortunate fate at the hands of 7th-century Persian invaders, near the Sea of Galilee, where Jesus Christ spent time during His earthly ministry.

One of the writings apparently speaks of two believers who had recently died. It says,

Offering in favor of salvation and succor for Urania and Theodoros. Lord God, accept! Amen! In the time of indiction 4 and year 619.

The original report from All Israel News states that the Greek hybrid emerged because the traditional Greek language had become intertwined with other local tongues, thus making the language in the above quotation slightly different than the common Greek spoken in the early days of the Church.

If you are a lover of history (as I am), especially the history of the Christian faith, this report is delightful. We see here tangible, firsthand evidence of the history of the Christian faith, recorded for us by believers who saw it with their own eyes and lived it. The fact that this tangible evidence is 1,400 years old makes it even more fascinating.

Our encouragement in this report comes from looking both backwards, at what God has done in history, and also forwards, at the final victory that is promised for us. Believer, the message of the gospel will go forth, and it will bear great fruit.

A simple exploration in the New Testament and the first few centuries of the Church will reveal that Christians were put to the fire in the early years. Believers were ostracized, mistreated, beaten, imprisoned, tortured, and killed in all sorts of ways, simply for professing faith in God.

In the Roman World, the creed of the day was “Caesar is Lord.” When Christians would deny that creed and replace it with “Christ is Lord,” they were opening themselves up to all kinds of mistreatment, including death.

Theologians have presented various arguments as to how “good” this was for Christianity, and I understand both viewpoints of the argument. However, I want to avoid that discussion and instead focus on the providence of God, spreading His message of good news through all the world.

Because Christianity broke onto the scene when it did, it was enabled to spread rapidly and widely in a short amount of time. Thus, within several generations of its legalization, the Christian faith had permeated most of Europe and the Roman Empoire as the most popular faith.

We see this on display very clearly in the report above, where Christianity was the clear popular force in a world that was once dominated by Judaism, then Roman paganism after that.

Therefore, we are reminded of this great truth — The message of redemption goes forth, and God will accomplish His purposes through it.

We can take great confidence in the fact that God’s Word never returns empty. There is always fruit from spreading the message of redemption, however imperfectly we manage to do it.

So where does that leave us? Is it our job to save souls? Do we take all the pressure of salvation on ourselves, and simultaneously the failure when those with whom we share reject the message? Not at all.

It is our job, simply, to deliver the message. We act in obedience to God, trusting that while not all will accept the message (if that were true, the heresy of universalist salvation would be no heresy at all!), some definitely will.

Believer, share the good news with boldness, knowing God will use it to bear fruit.

So shall My word be that goes forth from My mouth; It shall not return to Me void, But it shall accomplish what I please, And it shall prosper in the thing for which I sent it.  – Isaiah 55:11