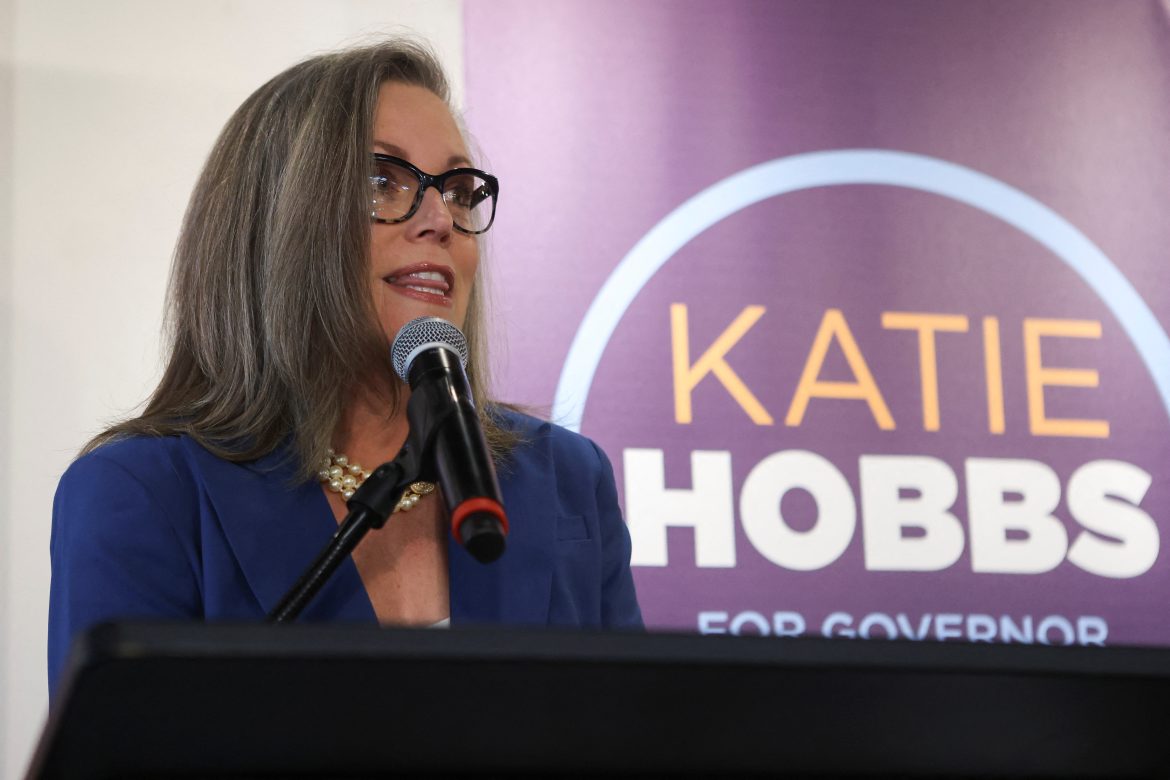 Thompson did, however, grant Hobbs’s request for reimbursement of expert witness fees. Barring a successful appeal, Lake will have to reimburse Hobbs a total of $33,040.50 that she paid expert witnesses.

Tom Ryan, a local attorney, told “Arizona’s Law” that Thompson’s ruling may have been an attempt to discourage Lake from appealing his decision denying her election contest. If she fails an appeal, she may be on the hook then for even helftier legal fees.

Hobbs had joined Maricopa County in pressing for sanctions against Lake and her attorneys just days after Judge Thompson ruled against Lake’s gubernatorial election challenge.

Hobbs and the county filed a motion for sanctions and attorneys’ fees on Monday, arguing that Lake filed a “groundless, seventy-page election contest lawsuit” against Hobbs, who is also the current Arizona Secretary of State. The motion also focuses on comments made by Lake before general election votes were counted saying that she would not accept election results unless she won as evidence the lawsuit was groundless.

“Before a single vote was counted in the 2022 general election, Kari Lake publicly stated that she would accept the results of the gubernatorial election only if she were the winning candidate,” the newest court filing reads.

Lake lost by half of a percentage point on Nov. 8. True to her word, Lake filed an election challenge.

This lawsuit was dismissed on Saturday by Maricopa County Superior Court Judge Peter Thompson when the judge ruled that Lake’s legal team had not provided “clear and convincing evidence of misconduct.”

As part of his court order, Thompson ruled that the defendants in the case must file a motion for sanctions no later than Monday. Accordingly, Hobbs and Maricopa County are asking for the court to award $25,050 in attorneys’ fees and legal expenses stemming from the challenge.

“Enough really is enough,” the county said. “It is past time to end unfounded attacks on elections and unwarranted accusations against elections officials. This matter was brought without any legitimate justification, let alone a substantial one.”

Hobbs has previously slammed the lawsuit as a “sham.” She celebrated the court ruling in her favor, boldly stating, “The voters of Arizona — not the conspiracy-riddled, dark corners of the Internet — are the ones who choose our leaders.”

However, Lake believes her election case is not over and that the ultimate results will be in her favor. She vowed to appeal Thompson’s ruling, though that appeal has not yet been filed.

In the initial trial, a cyber security expert and certified forensic investigator testified for Lake that the wrong ballot size was used the day of the election, causing the tabulator machine to reject the ballots. This was based on the admissions of Maricopa Election officials.

Maricopa County’s election day mishaps resulted in crowded voting centers in primarily GOP precincts. There have also been allegations that a proper chain of custody was not exercised on ballots.

However, Thompson’s ruling hinged on whether there was “intentional misconduct” on the defendants’ parts that impacted the vote results.

Many have condemned the 2-day trial as a “sham”. This includes a former Maricopa County elections attorney, Rachel Alexander, who noted that the question at issue should have only been “whether voters were disenfranchised.”

Alexander also noted that there is pre-existing court precedence for a judge to order a new election. In 2019, a Georgia House seat election challenge resulted in a new election after only four voters were disenfranchised. She also shared that the same year, Democrats praised a North Carolina judge for ordering a new election based only on the accusation, not the conviction, that a contractor illegally harvested hundreds of ballots for a GOP candidate.