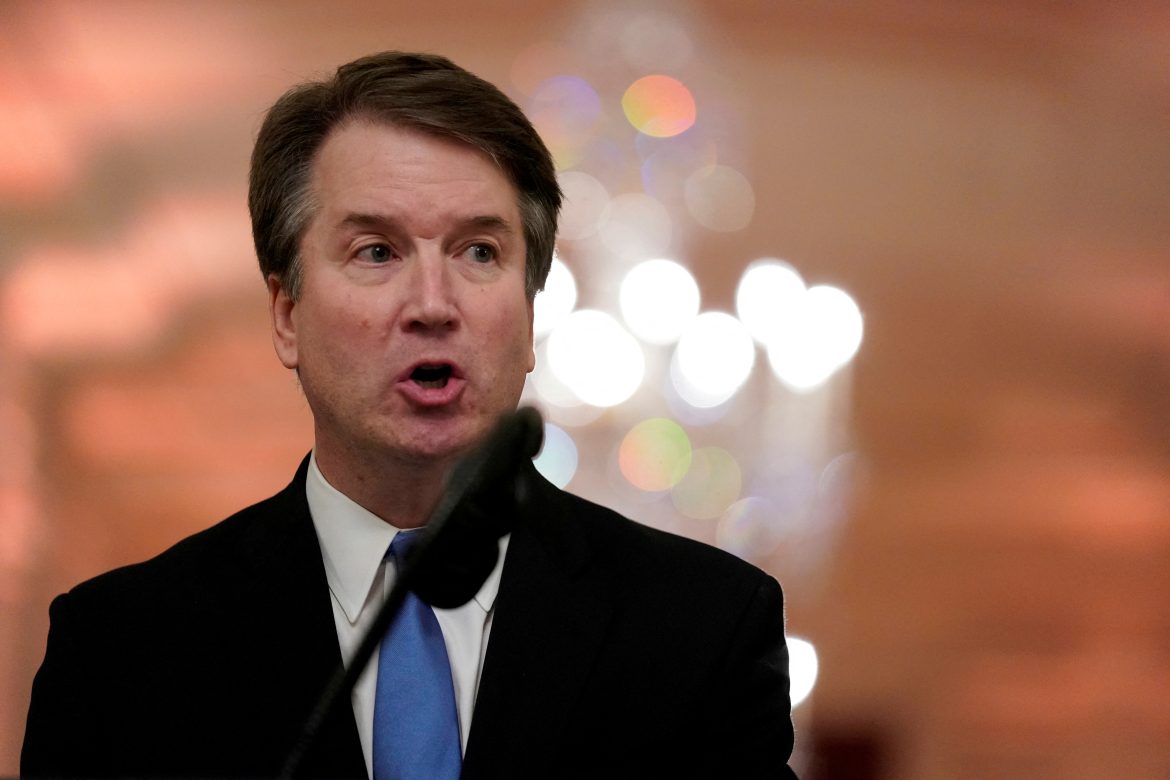 An armed California man who made threats against Brett Kavanaugh was arrested early on Wednesday near conservative U.S. Supreme Court justice’s Maryland home, the site of protests by abortion-rights advocates in recent weeks, authorities said.

The man was taken into custody near the justice’s home in the Washington suburb of Chevy Chase and transported to a police station in Maryland’s Montgomery County, with the case subsequently transferred to the FBI, county police said.

Neither McCabe nor county police identified the man. It was unclear what type of weapon he was carrying.

“Threats of violence and actual violence against the justices, of course, strike at the heart of our democracy,” U.S. Attorney General Merrick Garland told reporters when asked about the arrest.

Abortion-rights supporters have held protests outside Kavanaugh‘s home and those of at least two other justices and have rallied outside the courthouse since the May 2 publication of a leaked draft ruling showing that the court’s conservative majority was poised to overturn its landmark 1973 Roe v. Wade decision that legalized abortion nationwide.

The Washington Post reported that the man, who it said was in his mid-20s, was angry about the draft opinion.

“We are not able to release any identifiers on the suspect or whether he had a gun, that information will be provided by the FBI,” Montgomery County police said in a statement.

Upon hearing the report, Mitch McConnell took to the Senate floor to call on the House of Representatives to pass the “common-sense, non-controversial legislation” that the Senate passed unanimously weeks ago which would provide further protections for the Supreme Court justices. He called on House Democrats to stop “fiddling around” and “pass the bill today.”

Kavanaugh, appointed by former President Donald Trump, has served on the court since 2018.

The U.S. Justice Department said on May 11 that it was increasing security for Supreme Court justices following the leaked draft opinion. Attorney General Merrick Garland directed the U.S. Marshals Service to provide additional support to the court’s existing police force, the department said.

Abortion-rights supporters have held demonstrations in Washington and other cities since the draft was leaked, incensed that a right recognized for half a century was poised to be erased by the court’s increasingly assertive conservative justices.

The court building is now surrounded by high black fencing. A protester on Monday chained himself by the neck to that perimeter fence.

The draft opinion, authored by conservative Justice Samuel Alito and published by the Politico news outlet, would uphold a Mississippi law banning abortions after 15 weeks of pregnancy and overturn the Roe decision that recognized a woman’s constitutional right to obtain an abortion.