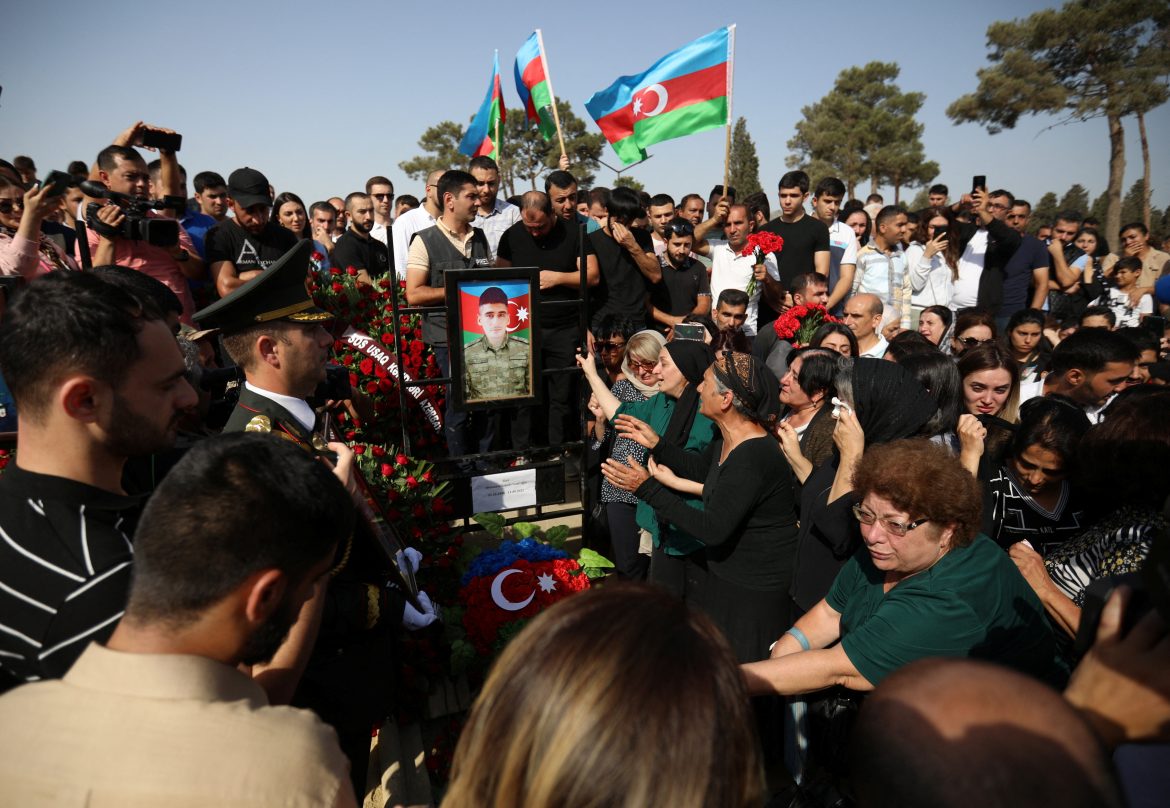 A senior Armenian official said late on Wednesday that a truce had been agreed with Azerbaijan after two days of violence linked to a decades-old dispute between the ex-Soviet states over the territory of Nagorno-Karabakh.

There was no word from Azerbaijan about a truce to halt the deadliest exchanges between the countries since 2020.

Russia is the pre-eminent diplomatic force in the region and maintains 2,000 peacekeepers there. Moscow brokered the deal that ended the 2020 fighting — dubbed the second Karabakh war — in which hundreds died.

Russian news agencies quoted Armen Grigoryan, Secretary of Armenia‘s Security Council, as telling Armenian television: “Thanks to the involvement of the international community, an agreement has been reached on a cease-fire.”

The announcement said the truce had been in effect for several hours. Armenia‘s defense ministry had earlier said that shooting in border areas had stopped.

Each side blames the other for the fresh clashes.

Armenian Prime Minister Nikol Pashinyan had previously told parliament that 105 Armenian servicemen had been killed since the violence began this week.

Azerbaijan reported 50 military deaths on the first day of fighting. Reuters was unable to verify the two sides’ accounts.

Grigory Karasin, a senior member of Russia’s upper house of parliament, told the RIA news agency that the truce was clinched largely through Russian diplomatic efforts.

Kremlin leader Vladimir Putin had spoken to Pashinyan, he said. Putin appealed for calm after the violence erupted and other countries called for restraint on both sides.

In his address to parliament, Pashinyan had said his country had appealed to the Moscow-led Collective Security Treaty Organization to help restore its territorial integrity.

“If we say that Azerbaijan has carried out aggression against Armenia, it means that they have managed to establish control over some territories,” Russia’s Tass agency quoted him as saying.

Armenia and Azerbaijan have been fighting for decades over Nagorno-Karabakh, a mountainous enclave recognized as part of Azerbaijan while being home to a large Armenian population.

Fighting first erupted towards the end of Soviet rule, and Armenian forces took control of large swathes of territory in and around it in the early 1990s. Azerbaijan, backed by Turkey, largely retook those territories over six weeks in 2020.

Skirmishes have since erupted periodically despite meetings between Pashinyan and Azerbaijani President Ilham Aliyev aimed at clinching a comprehensive peace settlement.

Domestic unhappiness in Armenia about the 2020 defeat has prompted repeated protests against Pashinyan, who dismissed reports he had signed a deal with Baku.

A full-fledged conflict would risk dragging in Russia and Turkey, and destabilizing an important corridor for oil and gas pipelines just as the war in Ukraine disrupts energy supplies.

Armenian Deputy Foreign Minister Paruyr Hovhannisyan told Reuters the clashes could escalate into a war — a second major armed conflict in the former Soviet Union while Russia’s military is focused on Ukraine.

Azerbaijan accused Armenia, which is in a military alliance with Moscow and home to a Russian military base, of shelling its army units.

U.S. Secretary of State Antony Blinken on Tuesday said Russia could either “stir the pot” or use its influence to help “calm the waters”.

French Foreign Minister Catherine Colonna, in a call with her counterparts from both countries, also called for the “end of strikes against Armenian territory”.