As debt limit approaches, Republicans dig in on spending cuts 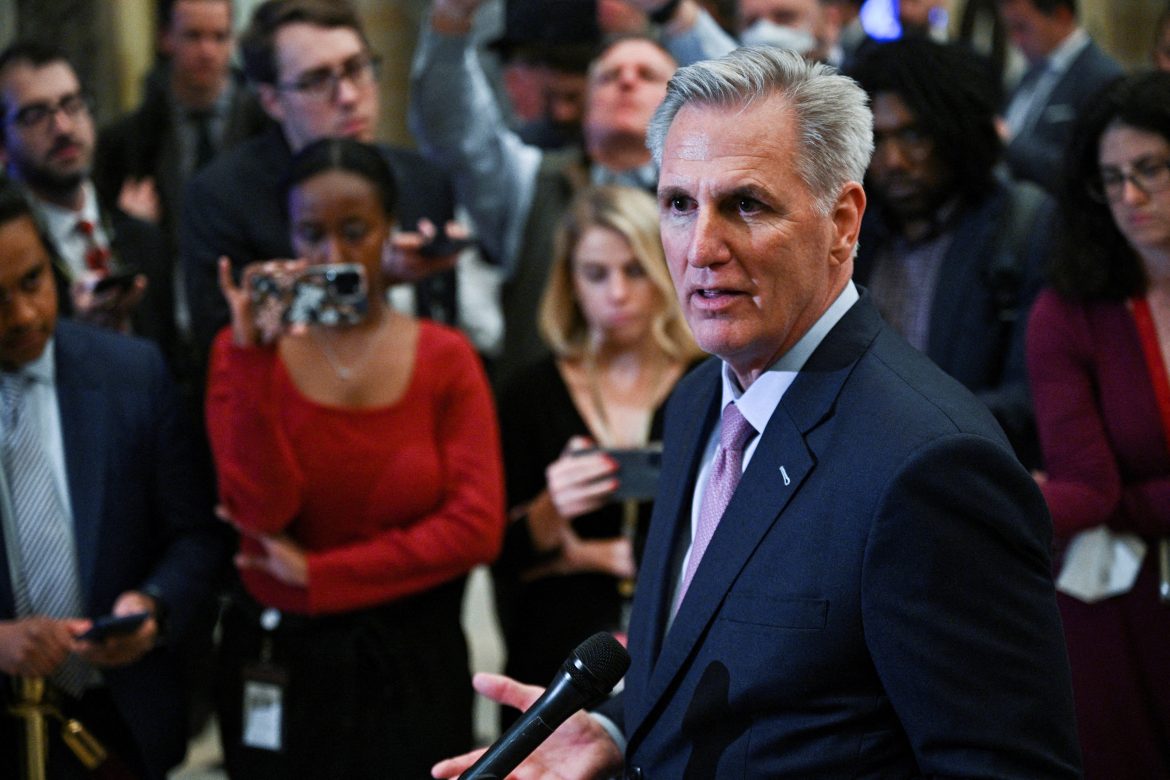 If Democrats in the Senate and White House want Republicans to help them raise the debt ceiling, the cost will be a cut in spending.

Sunday, conservative lawmakers stated they were resolute in their decision to not raise the debt ceiling without a plan for lower spending from Democrats.

“Republicans were elected with a mandate from the American people in the midterm elections,” Rep. James Comer (R-Ky.) said during an appearance on CNN’s “State of the Union.” “We campaigned on the fact that we were going to be serious about spending cuts. So the Senate is going to have to recognize the fact that we’re not going to budge until we see meaningful reform with respect to spending.”

Speaker of the House Kevin McCarthy made similar remarks in an appearance on Fox News and in statements posted to Twitter.

Democrats have indicated they are equally adamant that they’ll not negotiate on spending cuts, at least not as a part of the process of raising the debt ceiling.

McCarthy, though, said he thought President Joe Biden would intercede and force his party to work with Republicans.

“I believe we can sit down with anybody who wants to work together,” McCarthy said during an appearance on Fox’s “Sunday Morning Futures.” “I believe this president could be that person,” he said on Fox News’ “Sunday Morning Futures.” “I’m sure he knows there’s places that we can change and put America on a trajectory that we save these entitlements instead of put them into bankruptcy.”

Importantly, McCarthy’s prediction runs contrary to Biden’s remarks. Biden has thus far promised to not negotiate with Republicans when it comes to the debt ceiling.

As previously reported by FISM, Republicans and Democrats expect a harsh battle from now potentially into the early summer over what to do about the debt ceiling. The nation is due to hit its borrowing limit by, at the latest, June and a default would become a real threat by July.