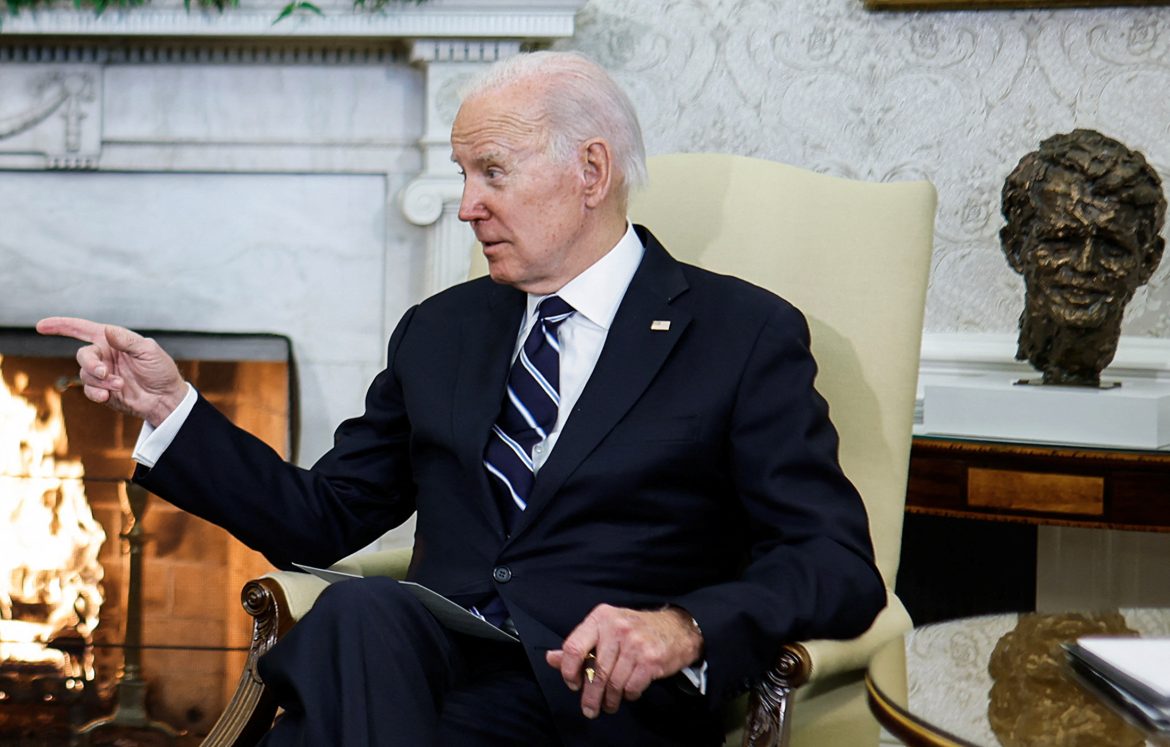 Even before the Saturday revelation that an FBI search revealed more classified documents stored at Joe Biden’s Delaware home, the president was beginning to feel the pinch of ever-more-serious allegations of wrongdoing.

Some of the people Biden previously counted on for cover are running out of ways to defend him without exposing themselves to immense risk.

Fellow elected Democrats are, ultimately, the far more important group. Their support is imperative if Biden hopes to fare well in his quest for another term and avoid impeachment.

It would be wildly inaccurate to say Biden has lost the left, but it is telling that in recent days a small number of Democrats have begun to break from what had been a uniform response to Biden’s documents issues.

“The reports about President Biden’s mishandling of classified documents are extremely irresponsible and disturbing,” Fox quoted Manchin as saying. “These allegations should be investigated fully.”

Kaine stated, “This news raises serious questions and the appointment of an unbiased special prosecutor to investigate the matter is the right step.”

It is important to note that both Manchin and Kaine occupy senate seats that figure to be at risk in 2024. Neither man can afford to appear weak or inconsistent on Biden.

But Kaine and Manchin made their calls prior to the announcement that an FBI search of Biden’s Wilmington, Delaware, home had ended with the confiscation of six additional classified items.

It remains to be seen whether Saturday’s revelation will lead more Democrats to break rank. Largely, the next step will be dictated by the American people. If Biden’s public polling tanks, count on more on the left to feel it necessary to publicly oppose the president.

In a Friday report, the Daily Mail focused on a 2017 email in which a Louisiana lawyer mentioned Joe Biden’s name in connection to a multimillion-dollar gas sale from a Louisiana company to the Chinese partners of Hunter and Jim Biden, the current president’s son and brother.

The attorney typed he had arranged “a call from Joe Biden and Hunter Biden on Monday morning to discuss the purchase of the 5 million tons of gas.”

Importantly, this email was sent after Biden had left the vice presidency and well before he became president. And, per the Daily Mail report, there is a chance the attorney meant to type “Jim” but accidentally typed “Joe.”

Whether or not Joe was the Biden in question, the email will give another piece of ammunition to Republicans in the House and will almost certainly not play well with the American public.

CNN, meanwhile, reported on the president’s family, numerous members of which have at bare minimum traded upon the last name “Biden.” Republicans in the House have launched a probe into if these actions constitute impropriety.

The venerable cable network was critical of former President Donald Trump, which CNN also accused of engaging in nepotism and favoritism; but this was done primarily as a way of painting Biden as having also behaved in a questionable manner.

In the CNN article, Kathleen Clark, a law professor at Washington University in St. Louis, accused Biden of having “put his head in the sand” about his family’s activities and failed to publicly disavow his family for using the Biden name to make money when Joe was vice president.