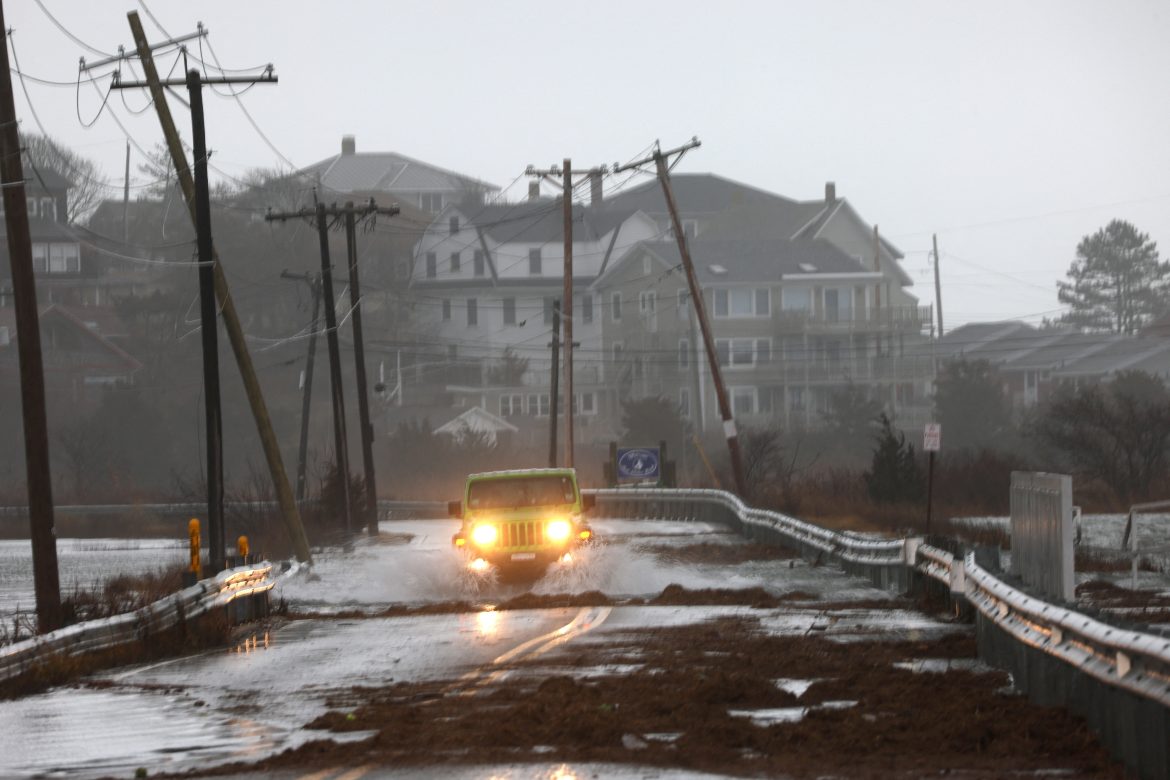 More than two-thirds of the U.S. population was under an extreme weather alert on Friday as a deep freeze enveloped much of the country ahead of the holiday weekend, thwarting travel plans, knocking out power to homes and businesses, and causing at least three deaths.

With a column of bitter cold that stretched from Texas to Montana marching eastward, more than 240 million people were under weather advisories on Friday, the National Weather Service said. Hard-freeze warnings were posted in parts of the Southern states of Louisiana, Alabama, Florida, and Georgia.

In Kentucky, two people were killed in car accidents and a homeless person died, Governor Andy Beshear announced on Friday.

“Please stay home and stay safe,” he said on Twitter.

The map of existing or impending wintry hazards “depicts one of the greatest extents of winter weather warnings and advisories ever,” the agency said.

The extreme weather disrupted households and holiday plans just days before Christmas. About 1.5 million U.S. homes and businesses were without power on Friday, according to tracking site Poweroutage.us. About 187,000 customers were without power in North Carolina alone, where strong winds have hampered restoration efforts.

In Maine, with about a tenth of North Carolina’s population, power was out to more than 114,000 customers Friday afternoon.

Severe winds, ice, and snow also upended commercial air traffic during one of the busiest travel periods of the year.

More than 4,000 U.S. flights were canceled Friday, according to flight-tracking service FlightAware. About 500 flights into or out of Seattle’s major airport were axed as a separate storm system brought ice and freezing rain to the Pacific Northwest.

The American Automobile Association (AAA) had estimated that 112.7 million people planned to travel 50 miles or more from home between Friday and Jan. 2. That number was likely to drop due to treacherous weather complicating air and road travel going into the weekend.

“If there’s any good news, it’s that the storm has moved quickly over some areas,” U.S. Transportation Secretary Pete Buttigieg told MSNBC on Friday. Many airports, such as Denver, are expected to bounce back quickly from a wave of delays and cancellations. Other hubs like Chicago could recover later on Friday, he said.