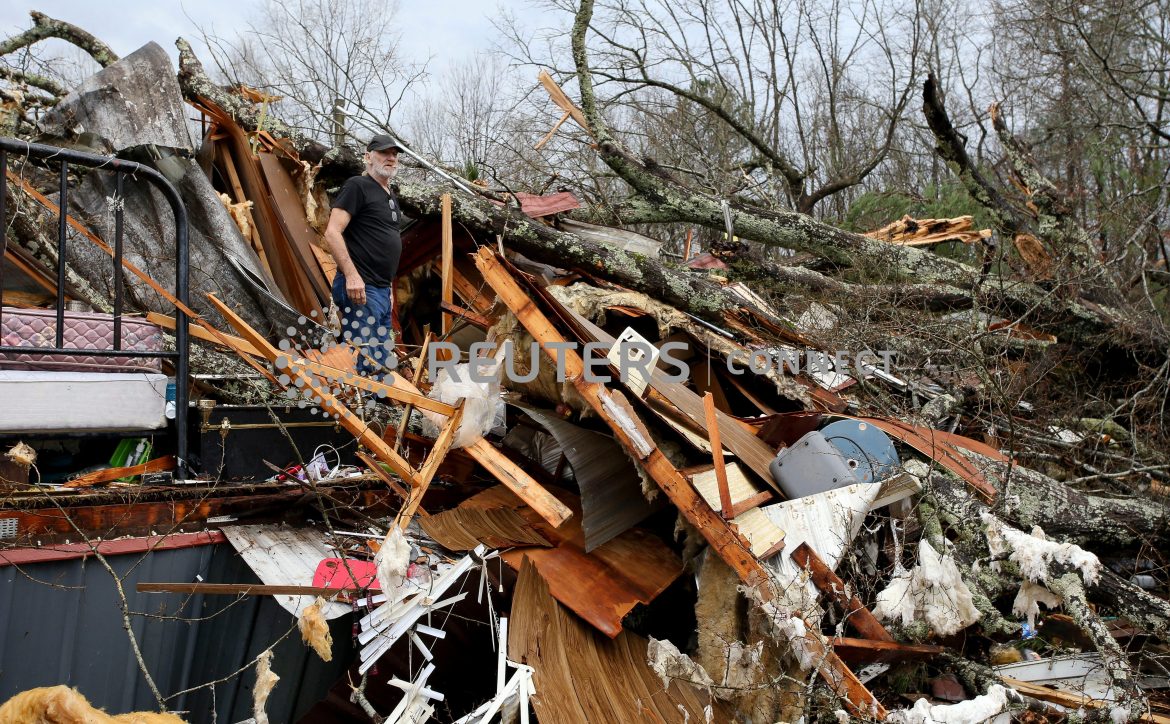 At least six people were killed in central Alabama on Thursday as thunderstorms and at least one tornado swept through the region, local officials said.

An Autauga County Sheriff’s spokeswoman confirmed to Reuters that six people had died in the storm, but she said she had no further details.

“I am sad to have learned that six Alabamians were lost to the storms that ravaged across our state. My prayers are with their loved ones and communities. We are far too familiar with devastating weather, but our people are resilient. We will get through it and be stronger for it,” Alabama Governor Kay Ivey said on Twitter.

Autauga County Coroner Buster Barber said that at least four people had been killed by flying debris hurled by the tornado. Barber said he had no further information on the deceased.

Officials said they will continue the search for additional victims today.

Multiple videos captured the tornado as it moved through the region.

This video from Alabama is insane. #Tornado pic.twitter.com/FZ8j0Pt7ta

The historic city of Selma experienced extensive damage as a tornado tore through the downtown region uprooting trees, destroying buildings, and overturning cars.

NEW video from Selma, which has been devastated by a tornado this afternoon pic.twitter.com/EnoQBucXg1

The high winds and heavy rain damaged homes and left tens of thousands of customers without power in parts of Georgia, Mississippi, and Alabama.

The same storm system killed another person in Georgia after a tree fell on a car in the town of Jackson.

DeSantis says U.S. should ‘disentangle’ itself from China