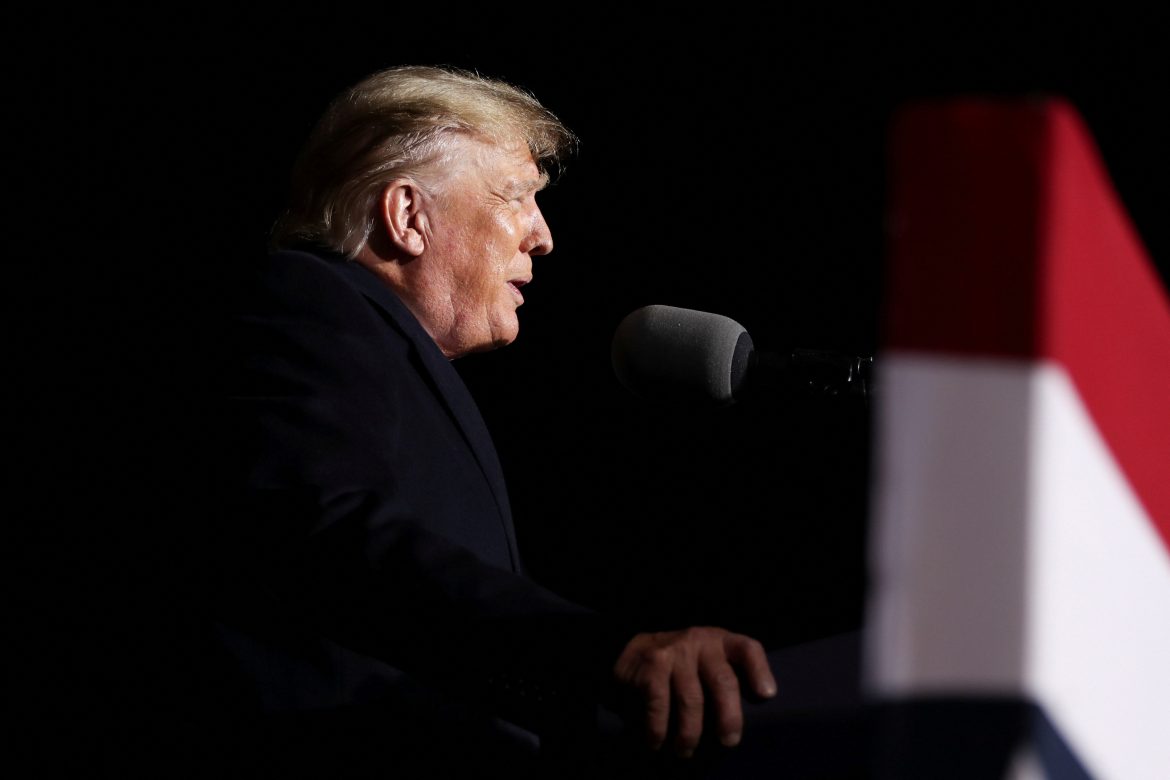 The district attorney of Fulton County, Georgia, indicated Tuesday that she would soon announce whether she will pursue charges against former President Donald Trump in relation to his effort to overturn the results of the 2020 presidential election.

District Attorney Fani Willis, appearing at a hearing during which a judge heard arguments for and against making public the results of an investigation into Trump’s actions (and those of his allies) in late 2020, spoke as though the announcement was close at hand.

“We are asking that the report not be released, because — you having seen that report — decisions are imminent,” Willis said.

Willis cited concerns that releasing the report to the public could impact a defendant’s right to a fair trial. She did not specify that Trump would be a defendant, but her wording hints at charges being filed against someone.

The report in question was the result of a massive grand jury process in which more than 70 witnesses testified. Jurors had voted to publish the report, and media outlets have requested the same.

It’s impossible to say what, if any, charges might await the former president. Trump was widely criticized on the left for a phone call he made to Georgia Secretary of State Brad Raffensperger.

Depending on which partisan is speaking, this call was either Trump’s effort to fight back against a corrupt electoral process or his attempt to badger Raffensperger into circumventing the will of the people.

At issue was Trump saying he wanted to “find” 11,780 votes, the number by which he lost.

Opponents have interpreted this to mean Trump wanted Raffensperger to invent enough votes to give Trump a second term. Trump has maintained all along that he behaved appropriately.

“My phone call to the Secretary of State of Georgia, and a second call which the Marxists, Communists, Racists, and RINOS don’t even want to talk about, were ‘PERFECT’ calls,” Trump wrote in the first of a three-part post on Truth Social.

Many people, including lawyers for both sides, were knowingly on the line. I was protesting a RIGGED & STOLEN Election, which evidence proves it was. I won Georgia by a lot, but only needed a small number of votes from that total number. They cheated in many ways including STUFFING Ballots, ALL CAUGHT LIVE ON TAPE.

He added, “With many people on the line on what was a PERFECT call protesting the Rigged Georgia Election, which I have a clear right to do, and in fact an obligation to do since I made the call as President, how come not one person said, while on the call, that I acted inappropriately, or made a statement of protest at what I said, & then slammed down the phone[?] Not one, even with so many opposing people, lawyers, and others on the line. NO ADMONISHMENT at all. We nicely agreed to speak again.”

FISM has reported that charges were likely to stem from the Willis investigation, but Trump and his legal team are not behaving as though they believe such charges will materialize.

“We can assume that the grand jury did their job and looked at the facts and the law, as we have, and concluded there were no violations of the law by President Trump,” attorneys Drew Findling, Marissa Goldberg, and Jennifer Little said in a statement.

Trump’s attorneys did not attend the Tuesday hearing.