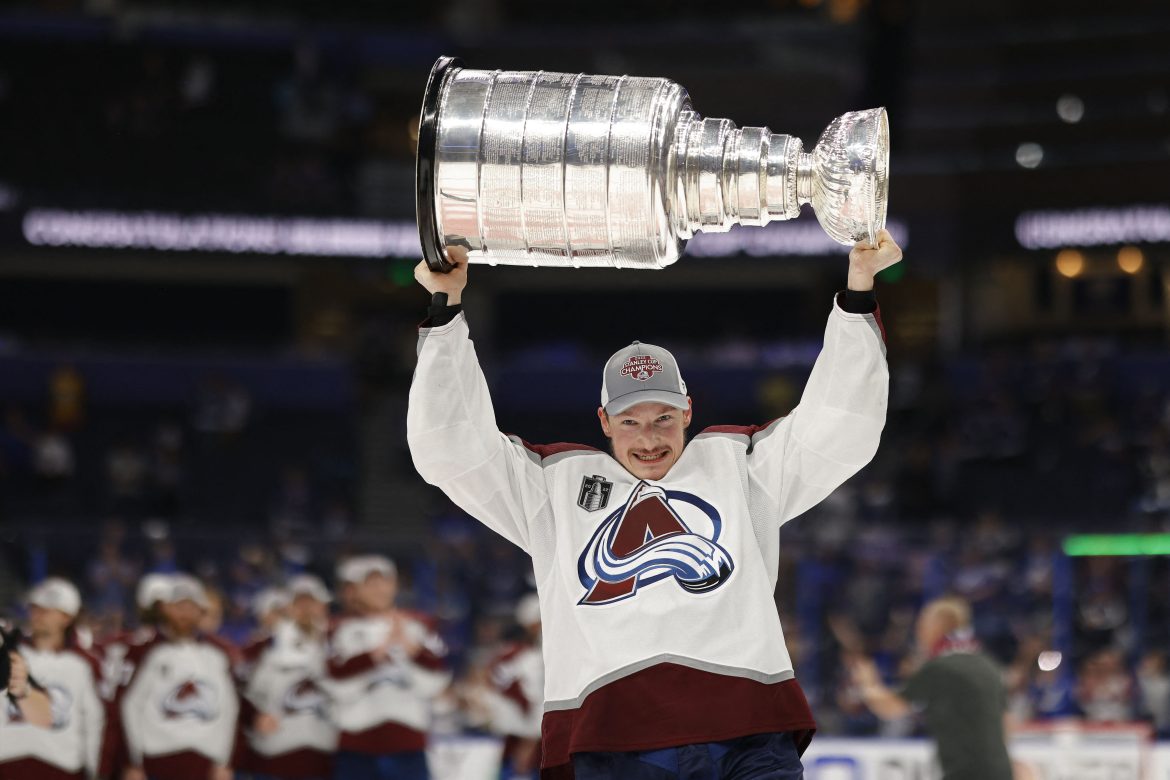 From worst to first in five years, the Colorado Avalanche are now back on top in the National Hockey League.

MacKinnon scored a goal and had an assist in a 2-1 victory in Game 6 in Tampa as Colorado ended years of playoff disappointments and prevented the Lightning from a three-peat.

“It’s hard to describe,” MacKinnon said. “Some tough years mixed in there, but it’s all over now. We never stopped believing.”

The win marks a significant turnaround, as the Avalanche had the worst record in the NHL during the 2016-17 season, finishing with only 48 points. Several early postseason exits followed with losses in the first round in 2018 and the second round each of the past three seasons.

But this group was ready to take the next step and they went all the way, combining a mix of speed and skill that proved too much for the playoff-tested Lightning.

“The playoffs are a war of attrition, but they just kept coming back,” Lightning coach Jon Cooper said. “To sit here and think the last playoff series we lost was Columbus in 2019. Got to tip your hat to those guys in that room. …They were proud. That’s why you remember these teams, because they did everything right, they never complained and when the skill washes each other out, the gamers get it done. And they were gamers.”

Makar was the unanimous choice for the Conn Smythe Trophy as playoff MVP after the dynamic defenseman led Colorado in scoring with 29 points in 20 games.

“It’s surreal to me,” Makar said. “You grow up, you see that as a kid, you have pictures on your wall. All I could think about was everybody that got me here. “When I look at these guys and all the work they put in, they’ve been here some many years, ups and downs, it’s so awesome to be part of them getting rewarded. I’m so proud of the boys.”

Avalanche general manager Joe Sakic had led Colorado to a pair of Cup titles during a Hall of Fame career as a player. He was just as crucial in the franchise’s third championship, assembling a championship team through excellent draft picks and personnel decisions.

The Avalanche were 16-4 in the playoffs, including an impressive 9-1 record on the road. Their playoff run was the second best in NHL history, behind only Edmonton’s 16-2 record in the 1988 playoffs with Wayne Gretzky.

Their 72 combined wins in the regular and postseason this year tied for most ever as did their 10 comeback wins in the playoffs.

“They never thought ahead — they just prepared every day and just focused on that,” Sakic said. “This group, it was a great group. They believed in each other all year and really stuck together and never let anything faze them, really. If they had a bad game, they got right up the next day ready to be better.”

Sakic, the captain of the championship teams in 2001 and 1996, followed a familiar blueprint by bringing in players who possess speed and grit. They’re a blur on offense and aggressive on defense.

“We’re a fast-paced team,” Sakic said. “We train at altitude. And for our group, the faster the pace is, we feel we can take advantage of that.”

Sakic stuck with coach Jared Bednar despite rough moments over the previous five years and it paid off. Their names now will be etched on the Cup.”

“Whenever you have a chance and an opportunity to win a championship, it makes it all worth it. To be able to accomplish that goal is so satisfying,” Bednar said. “It’s all kind of a blur. There’s a sense of disbelief because we’ve been working for this for how long. I just love the fact that people are finally being rewarded for their hard work. It’s an amazing feeling.”