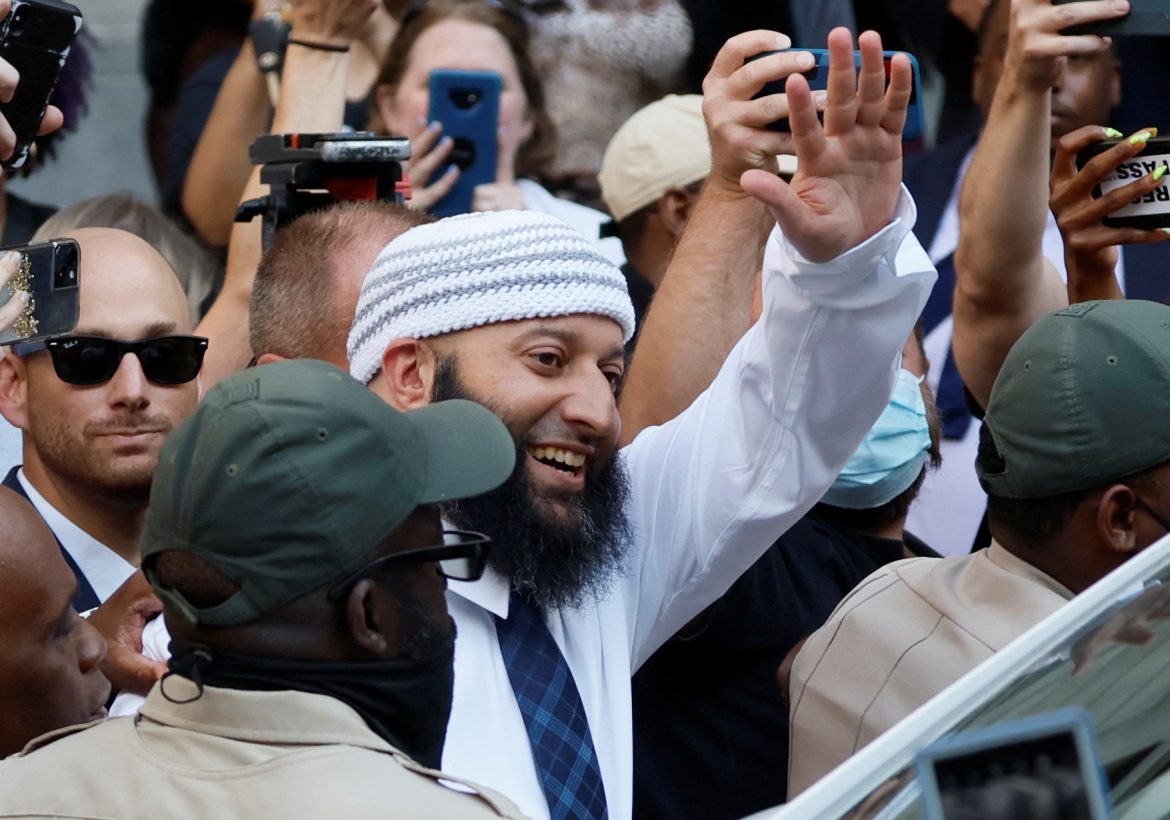 Baltimore prosecutors on Tuesday dismissed their case against a man found guilty of the 1999 killing of his ex-girlfriend in a case that drew national attention after the podcast “Serial” raised doubts about his guilt.

Adnan Syed, 42, served more than 20 years in prison for the slaying of Hae Min Lee. A circuit court judge vacated the murder conviction last month and released him after an investigation identified problems with the case, leaving prosecutors to decide whether to retry him.

On Tuesday, the State’s Attorney for Baltimore City Marilyn Mosby said during a news conference that she ordered prosecutors to drop the criminal case against Syed after DNA testing cast doubt on his guilt.

“The criminal justice system should be based on fair and just prosecution and [the] crux of the matter is that we are standing here today because that wasn’t done 23 years ago,” she said, apologizing to the Lee and Syed families. “Today, justice is done.”

Mosby said no DNA was recovered from Lee’s skirt, pantyhose, or jacket during a touch DNA testing that was recently performed for the first time on the evidence. She added that DNA was found on Lee’s shoes, but it was not from Syed.

“Finally, Adnan Syed is able to live as a free man,” Syed‘s lawyer, Erica Suter, said in a statement released to local media.

Mosby said the investigation into who killed Lee remains open.

Syed has maintained he was innocent and did not kill Lee, who was 18 when she was strangled and buried in a Baltimore park. The podcast “Serial,” produced by Chicago public radio station WBEZ, drew national attention to the case in 2014.

Prosecutors filed a motion on Sept. 15 to vacate the conviction after conducting a yearlong investigation alongside a public defender representing Syed. Several problems were found with witnesses and evidence from the trial, the investigation found.

Four days later, prosecutors told Baltimore Circuit Court Judge Melissa Phinn that they no longer had confidence in “the integrity of the conviction,” and that justice required that Syed at least be afforded a new trial.

Prosecutors said they had discovered new information about two alternative suspects, whom they have not named, including one who had threatened to kill Lee, and both of whom have a history of violent crimes against women. Their identities were known to the original prosecutors but not disclosed to the defense as required by law.

Phinn then ordered Syed to be released from prison, where he was serving a life sentence, and put him on home detention. Mosby said Syed will need to go through an innocence certification process for those who are wrongly convicted.