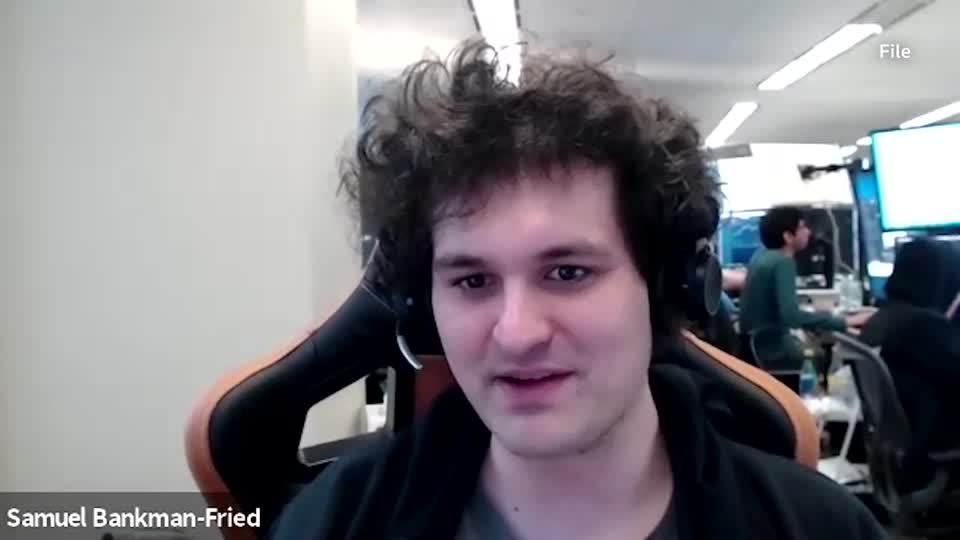 The man behind the failed cryptocurrency exchange FTX was arrested Monday in the Bahamas and now faces charges in the United States.

On the official Twitter account for the Southern District of New York, U.S. Attorney Damian Williams confirmed the arrest of Sam Bankman-Fried.

“Earlier this evening, Bahamian authorities arrested Samuel Bankman-Fried at the request of the U.S. Government, based on a sealed indictment filed by the SDNY,” Williams said. “We expect to move to unseal the indictment in the morning and will have more to say at that time.”

USA Damian Williams: Earlier this evening, Bahamian authorities arrested Samuel Bankman-Fried at the request of the U.S. Government, based on a sealed indictment filed by the SDNY. We expect to move to unseal the indictment in the morning and will have more to say at that time.

The news got worse for Bankman-Fried a short time later when the U.S. Securities and Exchange Commission announced it, too, was filing charges.

“We commend our law enforcement partners for securing the arrest of Sam Bankman-Fried on federal criminal charges,” Gurbir Grewal, director of the SEC’s enforcement division, said in a tweet. “The SEC has authorized separate charges relating to his violations of securities laws, to be filed publicly tomorrow in SDNY.”

Gurbir Grewal: We commend our law enforcement partners for securing the arrest of Sam Bankman-Fried on federal criminal charges. The SEC has authorized separate charges relating to his violations of securities laws, to be filed publicly tomorrow in SDNY. https://t.co/ON0LgY4mf4

Prior to Bankman-Fried’s appearance before a magistrate in the Bahamas on Tuesday, SEC Chair Gary Gensler said the charges it was filing centered around defrauding investors in what regulators called “a house of cards.”

“We allege that Sam Bankman-Fried built a house of cards on a foundation of deception while telling investors that it was one of the safest buildings in crypto.”

In the weeks since FTX filed for bankruptcy, numerous reports have emerged of lavish living and questionable business decisions by Bankman-Fried and other executives. At least one lawsuit has been filed in which complainants accuse Bankman-Fried and a cavalcade of celebrities of running a Ponzi scheme, but this is not language that has been used by anyone in a position of authority.

One of the areas that Bankman-Fried is said to have defrauded investors is by diverting funds to political donations for Democratic causes. Bankman-Fried and FTX was the second largest donor to Democratic causes during the midterm election cycle. While the disgraced magnate maintained that he supported “policies, not politics” and that his giving was bipartisan, the vast majority of his donations went to Democrat-aligned politicians or PACs.

According to Forbes writer Matt Durot:

As of this writing, neither Bankman-Fried nor his legal representation had issued a comment, but he has steadfastly denied committing crimes in previous interviews.

Bahamian officials confirmed that Bankman-Fried had been arrested and that he would be extradited to the U.S.

“The Bahamas and the United States [are] holding accountable all individuals associated with FTX who may have betrayed the public trust and broken the law,” Prime Minister Philip Davis said in a statement. “While the United States is pursuing criminal charges against SBF individually, The Bahamas will continue its own regulatory and criminal investigations into the collapse of FTX, with the continued cooperation of its law enforcement and regulatory partners in the United States and elsewhere.”

Bankman-Fried’s arrest came just a day before he was due to testify before the House Financial Services Committee about the sudden collapse of what had been his billion-dollar business.

“I am surprised to hear that Sam Bankman-Fried was arrested in the Bahamas at the direction of the United States Attorney for the Southern District of New York,” Rep. Maxime Waters (D-Cal.), the committee’s chair, said in a statement. “It’s about time the process to bring Mr. Bankman-Fried to justice has begun. However, as the public knows, my staff and I have been working diligently for the past month to secure Mr. Bankman-Fried’s testimony before our Committee [Tuesday] morning.”

Waters added, “Although Mr. Bankman-Fried must be held accountable, the American public deserves to hear directly from Mr. Bankman-Fried about the actions that’ve harmed over one million people, and wiped out the hard-earned life savings of so many. The public has been waiting eagerly to get these answers under oath before Congress, and the timing of this arrest denies the public this opportunity.”