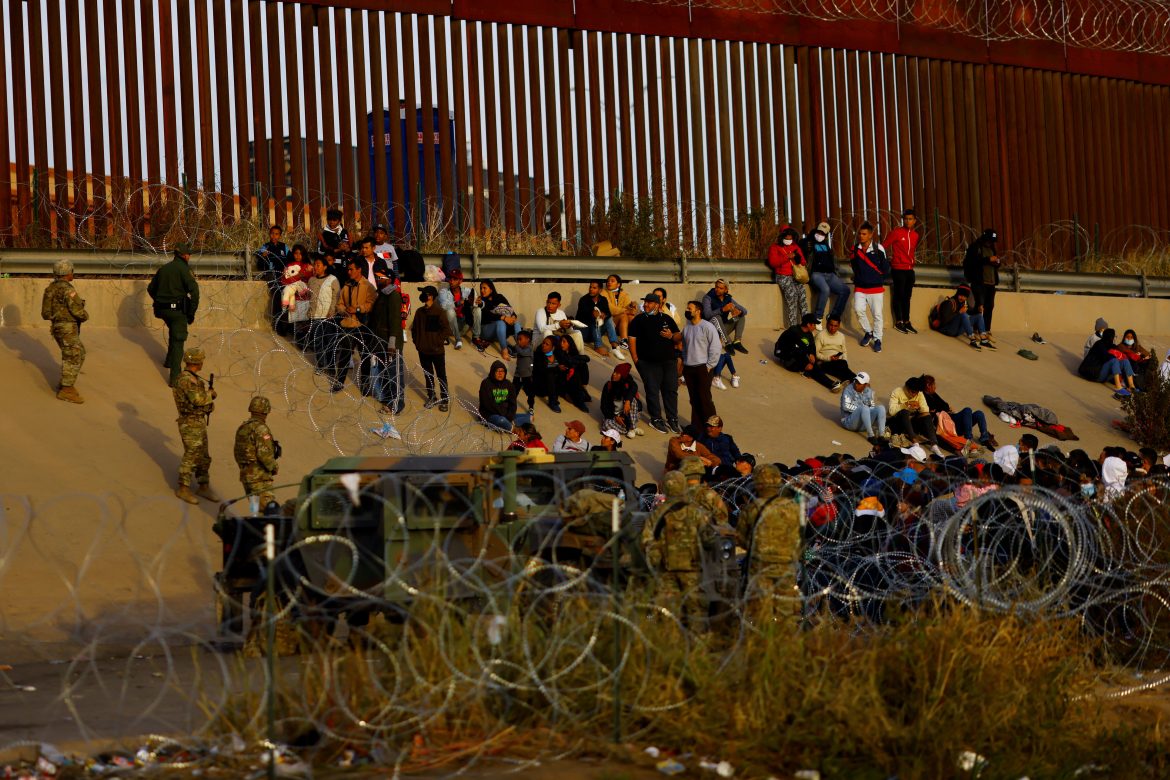 The Biden administration on Tuesday asked the U.S. Supreme Court to let Title 42 expire, but requested a brief delay until after Christmas. The filing came a day after Chief Justice John Roberts issued a temporary order to keep the pandemic-related policy in place that had been set to expire Wednesday.

Roberts’ order was procedural and largely expected as a legal challenge from several states plays out.

The administration said it is planning on “surging resources” to the border and using existing legal authorities “to implement new policies in response to the temporary disruption that is likely to occur whenever the Title 42 orders end,” but asked the court to reject efforts by a coalition of 19 GOP-led states to keep the rapid migrant expulsion policy in place. A lower court had denied the states’ request, prompting an appeal to the nation’s highest court.

“Rather than returning to the immigration system prescribed by Congress, applicants ask this Court to compel the government to continue relying on now-obsolete public-health orders as the Nation’s de facto immigration policy,” Assistant Attorney General Elizabeth Prelogar wrote in court filings.

Tens of thousands of migrants have been amassing at the U.S-Mexico border for weeks in anticipation of the end of Title 42, with many expressing frustration at the news of the delay.

“I view it as a joke, to give us hope and then, like a child, trick us and tell us that they are going to postpone,” Vladimir Castellanos, a Venezuelan said. He and his brother have been waiting along the Rio Grande with a crowd of other migrants waiting to claim asylum in the U.S., Reuters reported.

Across the border from El Paso, Texas, the crowd of asylum seekers waiting to rush the border Wednesday had swelled to around 20,000, the mayor said Monday at a press conference.

“We’ve been talking to some of the partners in Mexico, and we’re talking also to the Border Patrol and those are the numbers that have been fed back to us,” said Mayor Oscar Leeser. “The shelters in [Ciudad] Juarez are completely full today, and they believe there’s about 20,000 people ready to come into El Paso.”

More illegal immigrants have crossed into El Paso than any other U.S. city, making it the epicenter of the illegal immigration crisis that has significantly strained its resources, as well as those of other struggling border communities. The American Red Cross established “mass sheltering” in El Paso this week, with workers assembling 10,000 cots in anticipation of the crush of asylum seekers.

“No facility in the city will be taken off consideration,” Leeser said. The mayor declared a state of emergency Saturday in an effort to get more help from the state and federal government for shelters, busing, and added law enforcement.

Texas Gov. Greg Abbott (R) on Tuesday fired off a letter to President Joe Biden demanding that he deploy federal resources to address the border crisis.

“With cold temperatures gripping Texas, your inaction to secure the southern border is putting the lives of migrants at risk, particularly in the City of El Paso,” Abbott wrote.

“With thousands of men, women, and children illegally crossing into Texas every day, and with the expectation that those numbers will only increase if Title 42 expulsions end, the state is overburdened as we respond to this disaster caused by you and your administration,” he continued.

Abbott called on the administration to “stop the lie that the border is secure” and “address the dire problems you have caused.”

“You must execute the duties that the U.S. Constitution mandates you perform and secure the southern border before more innocent lives are lost.”

The Biden administration announced the end of Title 42 in April but has yet to offer a comprehensive plan to deal with the fallout.