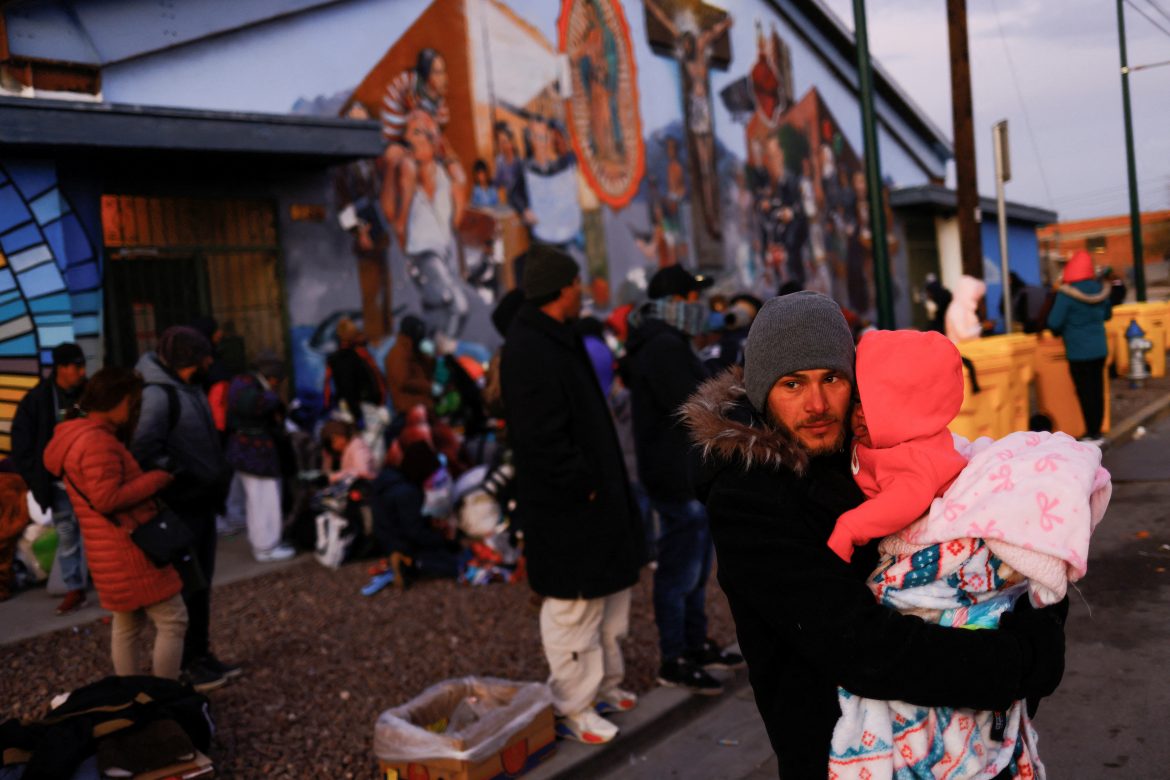 The Biden administration has proposed increasing application fees for migrant work visas and other immigration programs, in part to fund the adjudication of a staggering backlog of asylum claims at the U.S. southern border, while reducing or maintaining the costs of humanitarian visas.

The United States Citizenship and Immigration Services (USCIS), which announced the proposed rule, said it will increase the agency’s fee revenue from roughly $4.5 billion a year to about $6.4 billion annually. USCIS said the revised fee structure will allow it to hire an additional 8,000 personnel to address backlogs and process new applications more quickly.

“In addition to improving customer service operations and managing the incoming workload, USCIS must continue to fulfill our growing humanitarian mission, upholding fairness, integrity, and respect for all we serve,” USCIS Director Ur Jaddou said in a statement.

“This proposed rule allows USCIS to more fully recover operating costs for the first time in six years and will support the Administration’s effort to rebuild the legal immigration system,” Jaddou added.

The proposal, part of President Biden’s immigration reform strategy “to promote immigrant integration and inclusion,” however, will likely discourage legal entry into the U.S. while doing little to stem the unprecedented flow of unauthorized migrants across the U.S.-Mexico border.

Under the proposal, the fee for an H-1B visa, for example, which allows college-educated immigrants to live and work in the U.S. up to six years before becoming permanent residents, would increase from $470 to $1,595, The Wall Street Journal reported.

The cost of applying for an EB-5 visa, which already stands at a hefty $3,675, would skyrocket to $11,160. EB-5 visas allow foreign investors to become legal U.S. residents if they invest a minimum of $900,000 in an American-based project.

While news of the proposed fee adjustment appears to have failed to garner the attention of U.S. lawmakers, likely preoccupied with the GOP House speaker election spectacle unfolding on Capitol Hill, it did catch the attention of a handful of social media users.

“Sure … Make legal stay in the US expensive and inconvenient … Cause you can always walk to the Southern border and just walk in,” one Twitter user mocked.

“Of course, it would be nice if the fee increases went to fraud detection instead of scaling up Ur Jaddou’s rubber stamp army,” White Collar Workers of America tweeted.

While the USCIS receives the bulk of its revenue through application fees, the Biden administration and Congress have appropriated federal funds to help the agency process the massive application backlog that has accumulated over the past two years.

Still, some migrant advocates and service providers say the proposal doesn’t go far enough and have called on USCIS to divert more funds away from investigations to be used to process asylum applications.

In an apparent reference to the Trump administration’s border policies, Shev Dalal-Dheini, director of government relations at the American Immigration Lawyers Association, said: “I think they’re doing a great job of trying to get over the mess that was created. I mean, they had a herculean task,” according to The Hill.

“I think that they are making strides in getting there. But no one’s ever going to be satisfied. It’s not coming fast enough when there are pieces that are waiting years to get adjudicated,” she added.

USCIS said that it will open up a 60-day public comment period after the Notice of Proposed Rulemaking (NPRM) is published in the Federal Register, though a date as to when this may take place was not provided in the release. Until then, fees will remain unchanged until the final rule goes into effect, according to the agency.

USCIS also announced that it will host a public engagement session on the proposed fee restructuring on January 11, 2023. However, information on this session is not currently listed on the agency engagement session schedule page. A workshop to help guide Venezuelan nationals through the process of entering the U.S. appears on the schedule for that day.