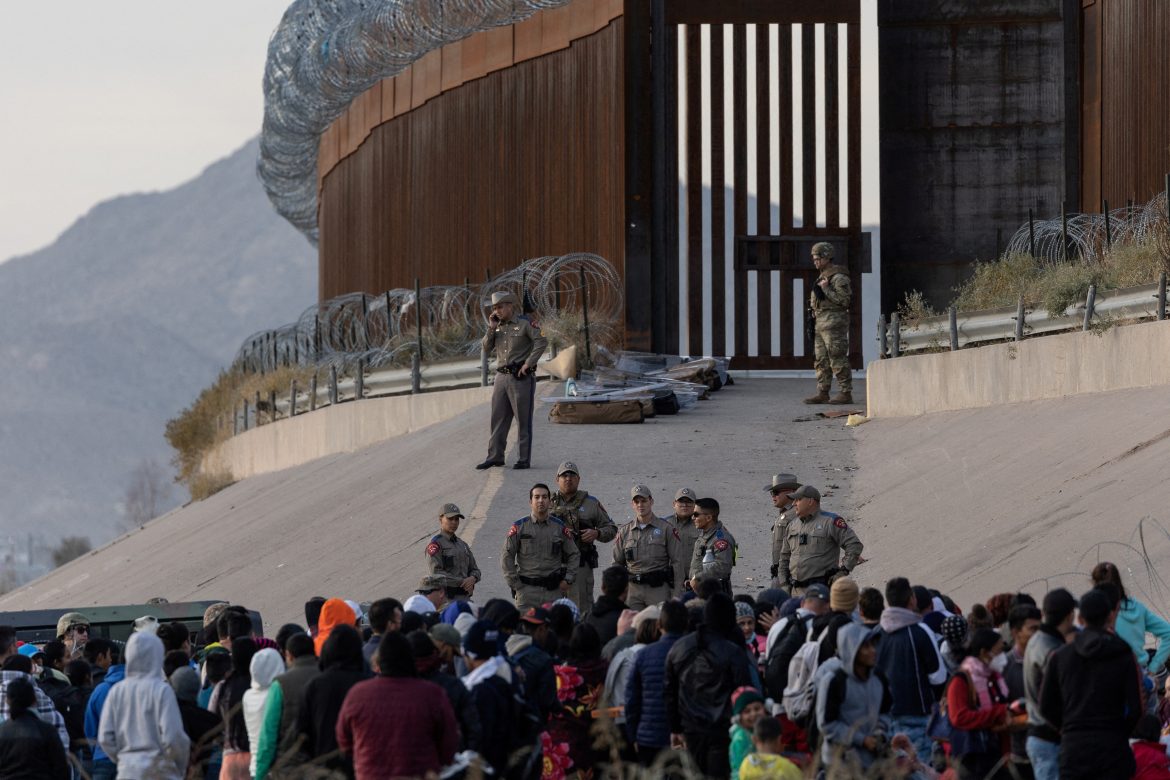 The Biden administration placed restrictions on Customs and Border Protection (CBP) officials on Monday, preventing them from releasing border data directly to the public, according to recent reports.

Breitbart, which reviewed the memo from DHS, reported that the restrictions are “intended to curb routine disclosures of migrant apprehensions near the southern border.” Officials now must obtain direct approval from the Department of Homeland Security before releasing any information on illegal border encounters at the U.S.-Mexico border.

CBP agents routinely disseminate border data to the public through social media and interviews, to both shed light on the dire circumstances they face and to highlight their successes. These restrictions, however, will now effectively place them under a ‘gag order.’

The new restrictions come as the fate of Title 42 is awaiting a final decision from the Supreme Court and the border crisis is out of control.

The Trump administration employed Title 42 beginning in March of 2020 to limit the flow of migrants coming in from Canada and Mexico. The Biden administration continued using it until April of 2022 when it announced it would stop utilizing the law.

A Louisiana judge in May ruled that the Biden administration couldn’t end Title 42, prompting an appeal from the White House.

Separately, “six families who crossed the U.S.-Mexico border without authorization and now seek asylum” filed a class action lawsuit against the government’s use of Title 42. In November, U.S. District Judge Emmet Sullivan sided with the families and ruled that the policy must end no later than December 21, according to SCOTUSblog, a journalistic public service blog that covers the U.S. Supreme Court.

In response, nineteen states filed a motion with the Supreme Court to stay Sullivan’s ruling and temporarily halt the ending of Title 42 until the case can be heard.

Their court documents highlight the devastating effects that the removal of the policy could have, stating that “daily illegal crossings may more than double from around 7,000 [per] day to 15,000 [per] day once Title 42 is terminated.”

As it stands, Fiscal Year 2022 had the highest total U.S. Border Patrol encounters in six years, or as long as CBP reporting reflects, at over 2 million encounters. The Texas Tribune reports that “U.S. authorities made more than 2 million immigration arrests along the southern border during the past 11 months, marking the first time annual enforcement statistics have exceeded that threshold, according to figures provided by senior Biden administration officials Monday.”

According to data from Customs and Border Patrol, agents have apprehended 18 MS-13 gang-affiliated individuals at the border just since October 1 of this year. The U.S. Department of Justice reports that the MS-13 gang is “notorious for its use of violence to achieve its objectives” and that “MS-13 members have been involved in rapes and witness intimidation.”

In the face of border crossings being “the largest number ever recorded,” according to the Hill, Senator Ted Cruz recently expressed disappointment with President Joe Biden regarding the deteriorating border conditions.

“President Biden has done nothing but run and hide from the ongoing crisis at the southern border,” Cruz tweeted earlier this month.

A report from NBC News shows that this isn’t the first time the Biden administration has restricted CBP agents from releasing information about border conditions to the public. In March 2021, agents claimed that “those responsible for cultivating data about the number of migrants in custody [were] reminded not to share the information with anyone to prevent leaks.”

Additionally, news outlets were denied access to overcrowded migrant facilities at the time.