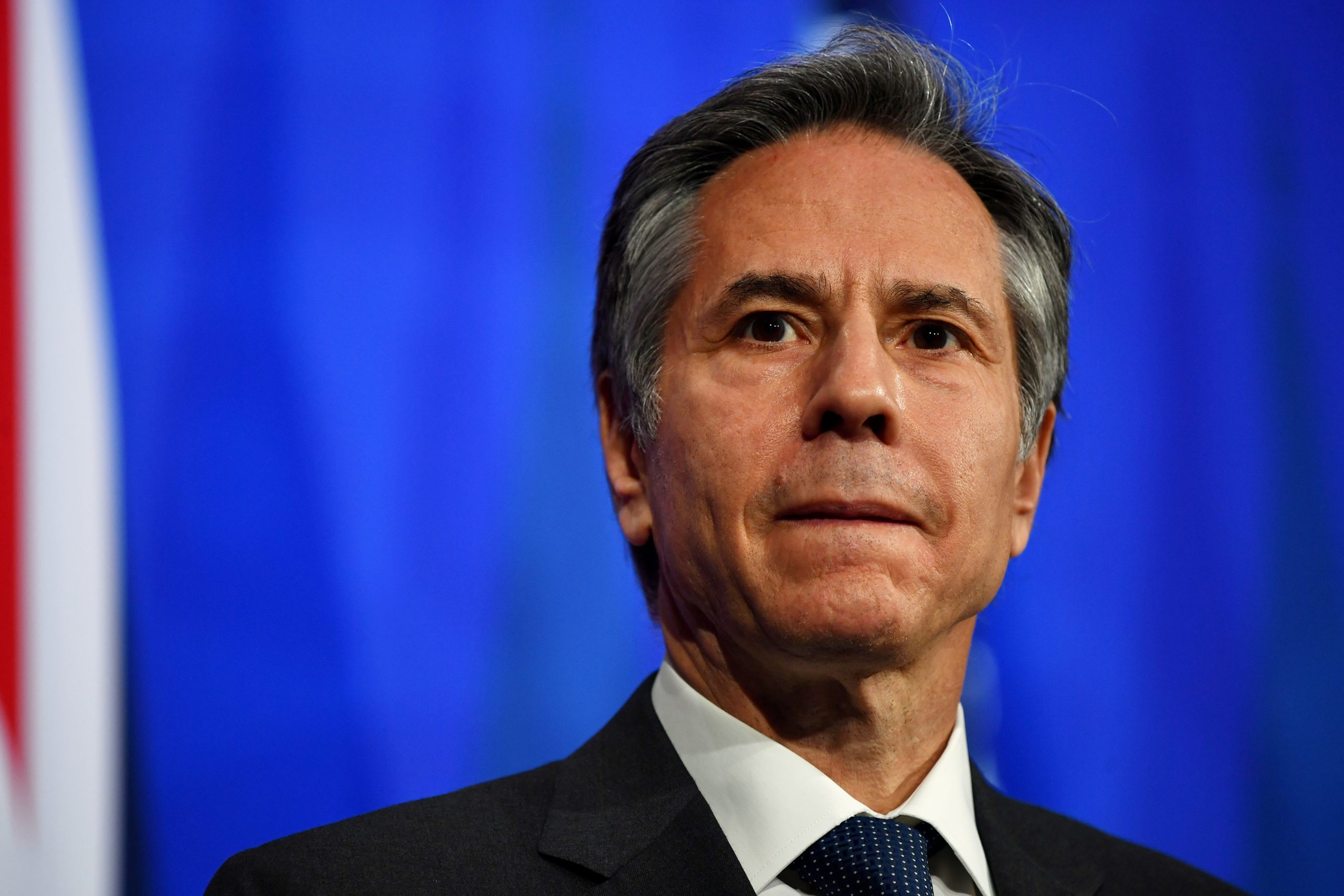 Secretary of State Antony Blinken appeared on ABC’s This Week with George Stephanopoulos this Sunday, where he outlined dangers Iran poses to the United States, while at the same time saying the Biden administration is considering ending Trump era sanctions to bring back the nuclear deal.

“Iran is engaged in a number of activities, including funding extremist groups, supporting terrorism more broadly, supporting very dangerous proxies that are taking destabilizing actions throughout the Middle East, proliferating weapons,” Blinken said in response to a question regarding Iran’s funding of Hamas. The Secretary stopped short of directly confirming Iran’s role with the terrorist group.

On the question of Iran’s nuclear capability, Blinken remarked, “an Iran with a nuclear weapon or with the capability to build one in very short order is going to act with even greater impunity in those areas, which just adds to the urgency of trying to put the nuclear problem back in the box that the nuclear agreement put it in . . . But the first thing that we need to do is put the nuclear problem back in the box. That’s why we’re committed to trying to see if Iran will come back into compliance with the nuclear agreement, the so-called JCPOA.”

The Secretary of State told Stephanopoulos that the U.S. is in discussions on lifting sanctions against Iran to bring them back into the nuclear accord.

“We know what sanctions would need to be lifted if they’re inconsistent with the nuclear agreement . . .  Iran, I think, knows what it needs to do to come back into compliance on the nuclear side.” He said the U.S. hasn’t seen that “Iran is ready and willing to make a decision to do what it has to do. That’s the test and we don’t yet have an answer.”

Blinken criticized President Donald Trump’s hardline stance against Iran, saying the previous administration “clearly did not get the result that we all seek.”

Trump scrapped the nuclear deal in 2018 calling it “defective at its core,” and warned it would result in Iran achieving its goal of developing a nuclear weapon. Upon withdrawing from the deal, Trump reapplied sanctions that were in place before the deal was signed under President Obama in 2015.