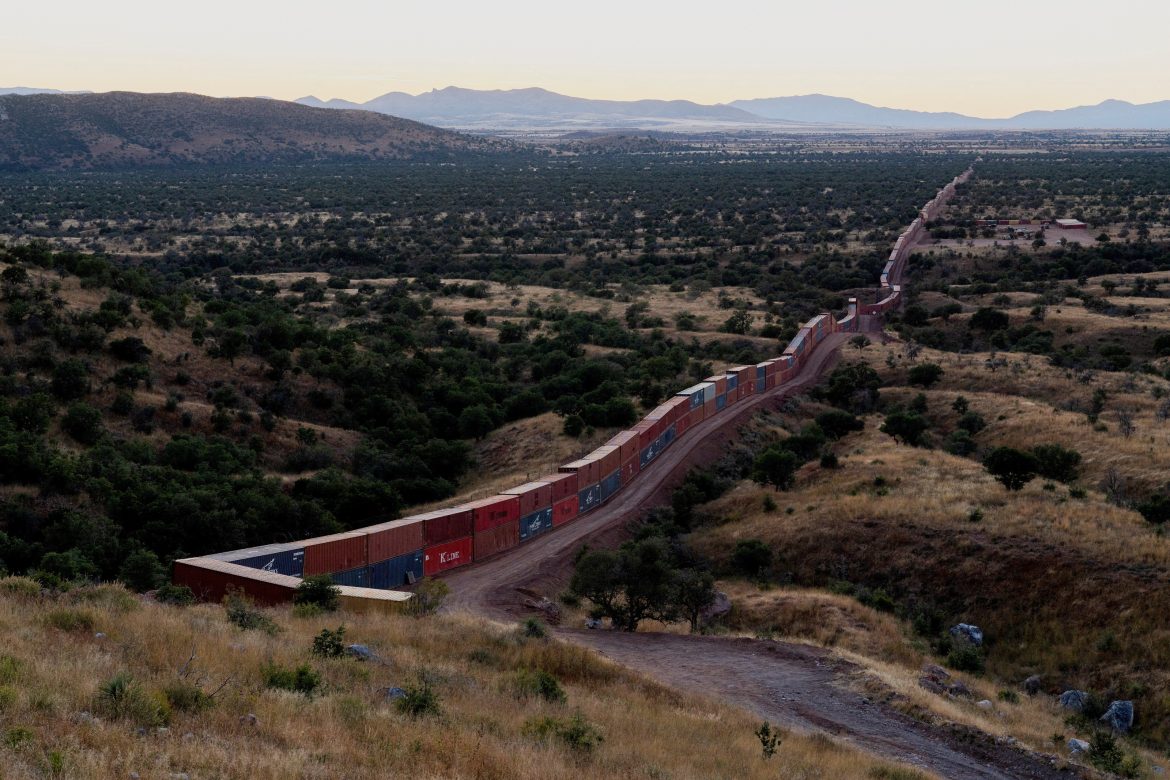 The federal government is suing the state of Arizona over Republican Gov. Doug Ducey’s makeshift border wall made up of double-stacked shipping containers put in place to curb record-breaking illegal immigration.

The suit was filed on Wednesday and alleges the shipping containers are a form of trespassing on federal lands.

“Not only has Arizona refused to halt its trespasses and remove the shipping containers from federal lands, but it has indicated that it will continue to trespass on federal lands and install additional shipping containers. As a result, the United States brings this action to obtain appropriate relief for Arizona’s unlawful continuing trespasses and invasions of the United States’ paramount sovereign property rights and interests under the U.S. Constitution,” the lawsuit says per Fox News.

The governor’s office rejects the suit’s claims as “unfounded” and “inaccurate” and said the state “stands ready to cooperate with the federal government on the construction of a border wall and always has been.”

As of last week, over 900 containers had been double-stacked along the border, but large gaps still remain in the makeshift wall.

Gov. Ducey has made it a priority to try to complete the wall before exiting office while calling out the Biden administration for “turning a blind eye” to Arizona and other border states and, in turn, leaving the states’ “residents exhausted and our resources depleted.”

While Ducey remains committed to taking matters into his own hands, he maintains that “border security is a federal responsibility,” adding that “[The Biden administration] needs to fix the border they’ve broken.”

In October the U.S. Bureau of Reclamation declared the make-shift barrier illegal, but Arizona’s Department of Emergency and Military Affairs said  that the “containers will remain in place until specific details regarding construction are provided.”

Incoming Democratic Governor Katie Hobbs said she is “looking at all the options” to remove the containers.

The ongoing dispute over the containers comes as the southwest border has seen over 2 million migrant encounters in Fiscal Year 2022,  including 98 individuals on the terror watchlist.

Federal Government’s primary responsibility is to protect it’s American citizens, if they fail to do that they have relinquished their control over federal land to the state. Thomas Jefferson