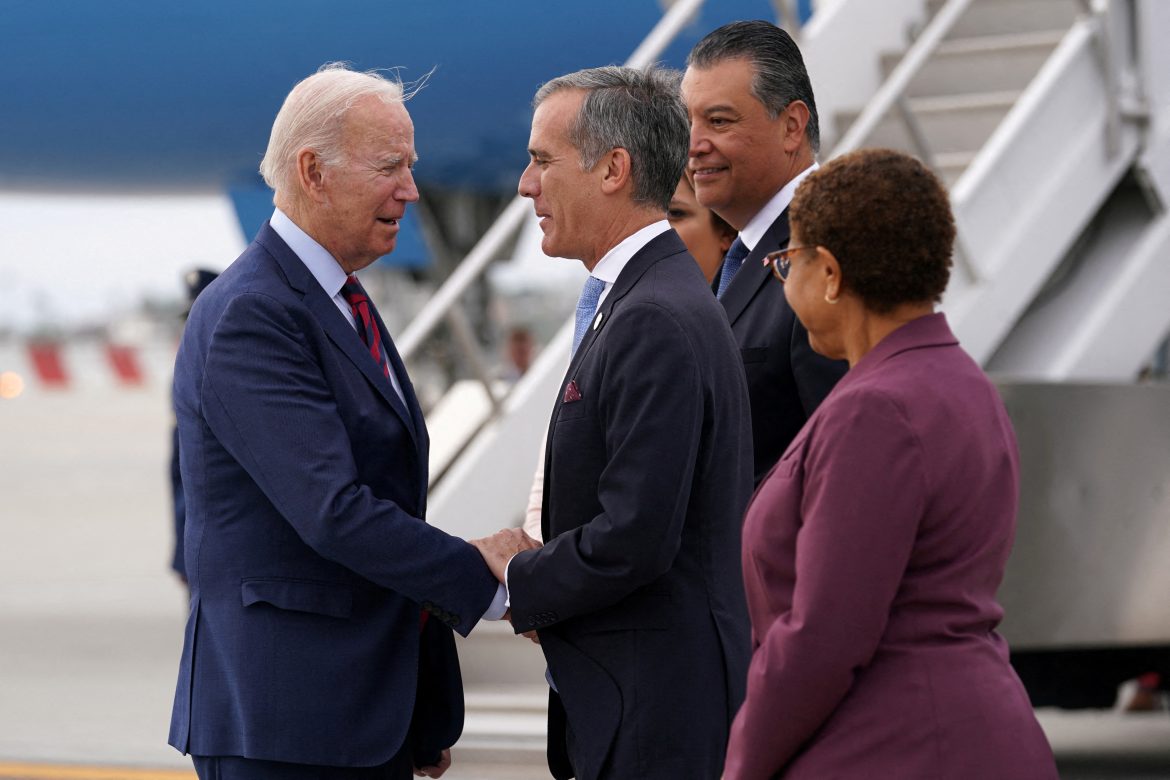 A little under a year after Republicans and some Democrats balked at her confirmation, President Joe Biden has renominated Gigi Sohn to serve on the five-member Federal Communication Commission (FCC). She is one of several nominees Biden has dusted off for another run.

Biden announced dozens of new nominations late last week, and nestled among the names were the likes of Sohn as well as former Los Angeles Mayor Eric Garcetti, who Biden wants to serve as ambassador to India. The president is also making another attempt to get airport executive Phil Washington named administrator of the Federal Aviation Administration (FAA).

Last February, Republicans grilled Sohn over heavily partisan posts she made on social media, an important factor when one considers the FCC is supposed to exist above the political fray and that Sohn would represent the tiebreaker for a committee long deadlocked at 2-2.

“Gigi Sohn is one of the most radical and ethically compromised nominees I have ever seen during my Senate tenure and should never have been nominated in the first place,” Sen. Ted Cruz (R-Texas), the incoming ranking member on the Senate Commerce Committee, said in a statement. “But with new lawmakers on the Committee and 14 months having passed since Ms. Sohn was first nominated, our Committee has a duty to conduct a full and thorough vetting process of her nomination, including receipt of updated paperwork, meetings with Senators and staff, and a new public hearing.”

The root of conservative antipathy toward Sohn is a tweet from 2020 in which she called Fox News “state-sponsored propaganda” and recommended the outlet face hearings. In other posts, she also intimated that Republicans were racists.

But, according to Luke Goldstein of the liberal-leaning American Prospect, Sohn is also opposed by major telecommunication companies.

These companies – among them Comcast, AT&T, Verizon, and T-Mobile – do not oppose Sohn specifically as much as they oppose any end to the 2-2 split that currently exists. As such, the companies are courting not Republicans but Democrats to withhold their support of Sohn.

“Without a working majority at the agency, Democrats can’t move forward on ambitious policy goals, such as reimplementing net neutrality protections or imposing new rules to curb media consolidation,” Goldstein writes. “The industry has a financial incentive to keep the FCC hamstrung, too. Because of the deadlock, for example, the commission can’t fine cellphone operators for sharing consumer location data in outstanding violations worth $200 million.”

Opposition to Garcetti is also inclusive of Democrats. The former mayor was accused of ignoring sexual harassment claims, which angered both the left and the right, and was famously among the prominent Californians to flout the mask rules he pushed upon citizens. The latter was an issue primarily with conservatives.

Garcetti has denied any wrongdoing in relation to the harassment allegations and hand-waved away his mask shortcomings.

Washington, formerly chief executive of the Denver International Airport, has fared so poorly that he was never even given a confirmation hearing during his previous nomination.

Opposition to Washington has been almost exclusively on the right and stems from his having been named in a search warrant executed by authorities investigating alleged corruption at the Los Angeles County Metropolitan Transportation Authority, over which Washington once presided.

Like Garcetti, Washington has denied wrongdoing. The FAA has been without an administrator since March 31 of last year.

It is likely that none of the three nominees receives a confirmation hearing prior to February and, depending on the slate of legislative matters before the Senate, it might be spring before the matter resurfaces.

California braces for ‘parade of cyclones’ after week of floods