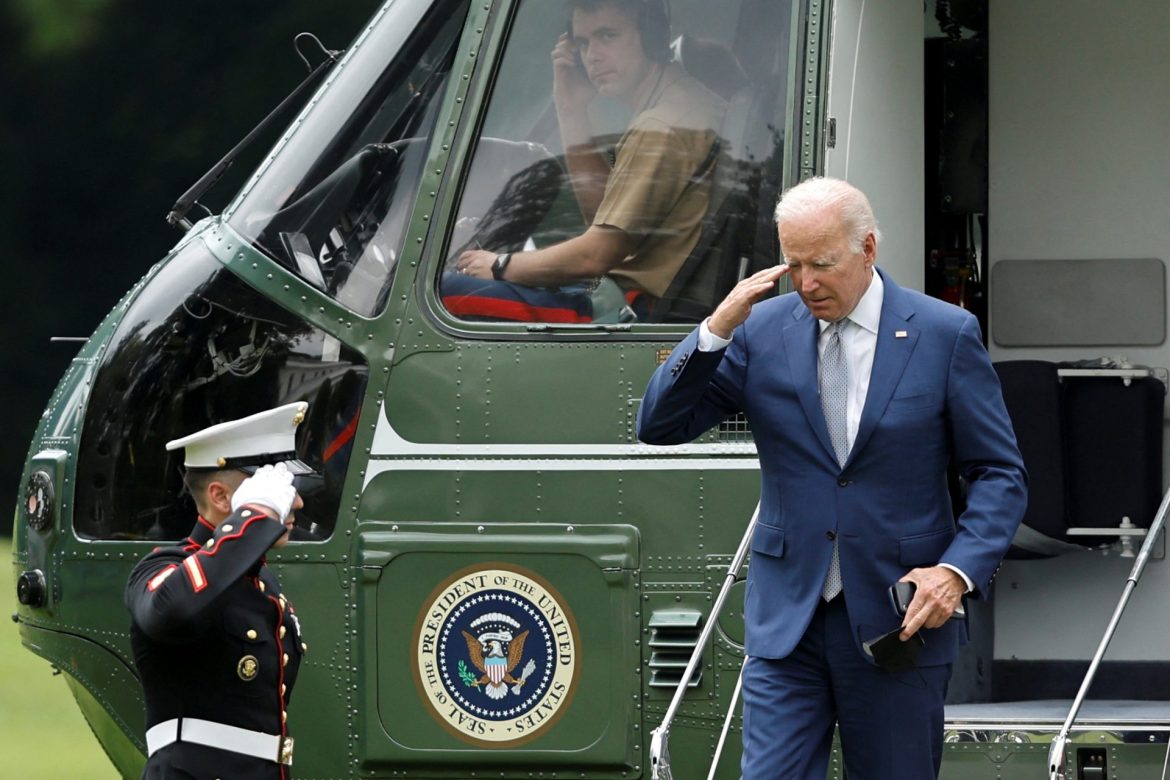 President Joe Biden on Wednesday announced a fresh infusion of $1 billion in weapons for Ukraine that sources familiar with the package said included anti-ship rocket systems, artillery rockets, and rounds for howitzers.

In a phone call with Ukraine President Volodymyr Zelenskyy, Biden said he told the embattled leader about the new weaponry.

“I informed President Zelenskyy that the United States is providing another $1 billion in security assistance for Ukraine, including additional artillery and coastal defense weapons, as well as ammunition for the artillery and advanced rocket systems,” Biden said in a statement after the 41-minute call.

The aid packages, which come as U.S. Defense Secretary Lloyd Austin is meeting with allies in Brussels, could be split into two categories: transfer of excess defense articles from U.S. stocks and other weapons being funded by the Ukraine Security Assistance Initiative (USAI), which is a separate congressionally authorized program.

Three sources familiar with the details, who spoke on condition of anonymity, said that one package of about $350 million was expected to include more rockets for Multiple Launch Rocket Systems (MLRS) that had been sent to Ukraine and artillery rounds for M777 howitzers and spare parts.

Russia’s U.N. Ambassador Vassily Nebenzia on Wednesday accused Western countries of “fighting a proxy war with Russia,” telling reporters, “I would like to say to the Western countries supplying weaponry to Ukraine – the blood of civilians is on your hands.”

Ukraine is pressing the United States and other Western nations for speedy deliveries of weapons in the face of increased pressure from Russian forces in the eastern Donbass region.

Oleksandra Ustinova a member of the Ukrainian Parliament told reporters at an event organized by the German Marshall Fund, “We need all these weapons to be concentrated in a moment to defeat the Russians, not just keep coming every two or three weeks.”

In May, the Biden administration announced a plan to give Ukraine M142 High Mobility Artillery Rocket Systems after receiving assurances from Kyiv that it would not use them to hit targets inside Russian territory. Biden imposed the condition to try to avoid escalating the Ukraine war.

The rocket artillery in this aid package would have the same range as previous U.S. rocket shipments and would be funded using Presidential Drawdown Authority, or PDA, in which the president can authorize the transfer of articles and services from U.S. stocks without congressional approval in response to an emergency, one of the sources said.

For the first time, the United States is considering sending the ground-based Harpoon launchers. In May, Reuters reported the U.S. was working on potential solutions that included pulling a launcher off of a U.S. ship to help provide Harpoon missile launch capability to Ukraine.

Harpoons made by Boeing Co cost about $1.5 million per missile, according to experts and industry executives.