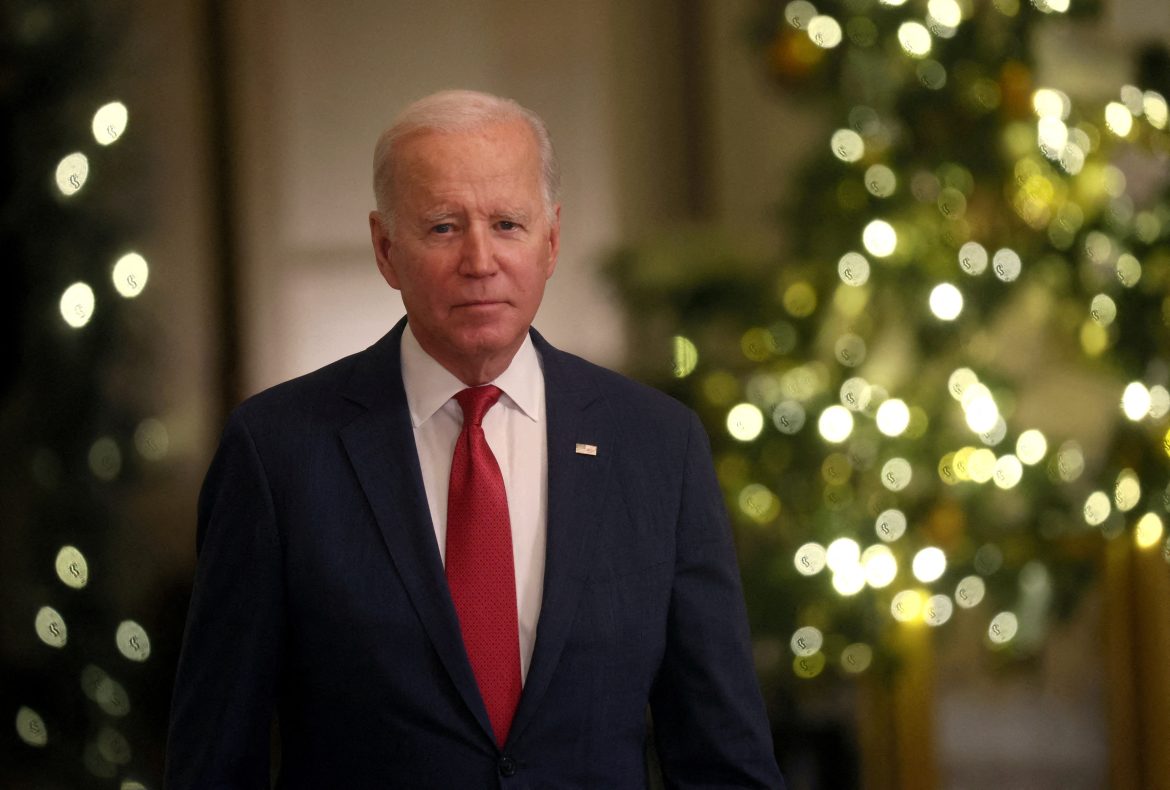 President Joe Biden’s approach to criminal pardons appears to be finding the most convoluted way to seem to be doing something while actually achieving little of consequence.

In October, Biden granted a full pardon to “everyone” serving federal prison time for only possession of marijuana — the word everyone appears in quotation marks because no one was actually pardoned or freed because of this move.

At the end of 2022, Biden granted full pardons to six people who had already been released from prison and, with two exceptions, were past the age of retirement.

While the pardons were no doubt meaningful for the people who received them – as the symbolism of a presidential pardon carries sincere weight both legally and socially – Biden will have a hard time selling this as evidence that he is a champion of restorative criminal justice. He still appears to have some work to do to prove he is the president of “second chances,” as the White House described him in a statement to CNN.

In issuing his six pardons, Biden granted a second chance to people who have long ago made their own chances.

The most notable name on the list of pardon recipients was that of Beverly Ann Ibn-Tamas, an 80-year-old resident of Columbus, Ohio, who was once convicted of murdering her husband.

Ibn-Tamas has always attested she acted in self-defense after being physically abused by her husband.

“During her trial, the court refused to allow expert testimony regarding battered woman syndrome, a psychological condition and pattern of behavior that develops in victims of domestic violence,” a press release from the White House reads. “Ms. Ibn-Tamas was ultimately sentenced to a term of one to five years incarceration, with credit for time served. Ms. Ibn-Tamas’s appeal marked one of the first significant steps toward judicial recognition of battered woman syndrome, and her case has been the subject of numerous academic studies.”

Ibn-Tamas has gone on to lead a life of service and continues to work as a case manager in Ohio. The other five individuals to receive a pardon had similar records of having overcome their previous missteps.

Another clemency recipient was Gary Parks Davis, 66 of Yuma, Arizona, who was convicted of using a telephone to engage in a cocaine transaction. He served six months of jail time and has been off probation since 1981.

“Mr. Davis earned a bachelor’s degree and worked steadily, including owning his own landscaping business and managing construction projects,” the release reads. “He has also been engaged with his community over the past decades, serving as the president and treasurer for the local high school’s booster club, even after his children graduated, and performing civic works and fundraising as a member of the local rotary club and chamber of commerce.”

Edward Lincoln De Coito III, 50, of Dublin, California, served about a year in prison for having worked as a courier in a marijuana trafficking conspiracy. De Coito had previously served honorably in the Army and Army Reserves and rebounded after prison to work as an electrician and later a pilot.

Vincente Ray Flores, 37, of Winters, California, was the youngest clemency recipient, a member of the Air Force who, early in his career, faced a court martial and pleaded guilty to consuming ecstasy and alcohol while serving in the military.

Flores, who is still on active duty, served four months of confinement but rehabilitated his military career by participating in a special Air Force program. He has since earned numerous commendations and medals.

Charlie Byrnes Jackson, 77, of Swansea, South Carolina, was convicted of “one count of possession and sale of distilled spirits without tax stamps,” effectively a bootlegging charge, when he was 18. Jackson has long been an active member of his church and has worked as a carpenter.

John Dix Nock III, 72, of St. Augustine, Florida, was jailed 27 years ago for having allowed a home he owned to be used in the production of marijuana plants. Nock, who had not participated in the marijuana operation, has become a successful general contractor.

Before his announcement of the year-end clemency decisions, some observers complained that the president has demonstrated indecisiveness and a lack of courage in issuing pardons.

On Dec. 20, legal experts Rachel E. Barkow and Mark Osler, writing for the New York Daily News, went so far as to call Biden a coward.

“Like Trump, Biden has used the tool of clemency for symbolism rather than substance, while ignoring clemency’s official process,” Barkow and Osler wrote, later adding, “Like Trump before him, Biden seems either frozen in inaction or just doesn’t care. Worse, Biden has neglected the duty given him by the Constitution to actively grant worthy cases.”

According to Barkow and Osler, more than 17,000 people have applied for clemency, most of whom have received neither a yes nor a no from either Biden or former President Donald Trump.

US cuts off Burkina Faso from Africa duty-free trade program