Biden approval falls, holding near low end of his presidency 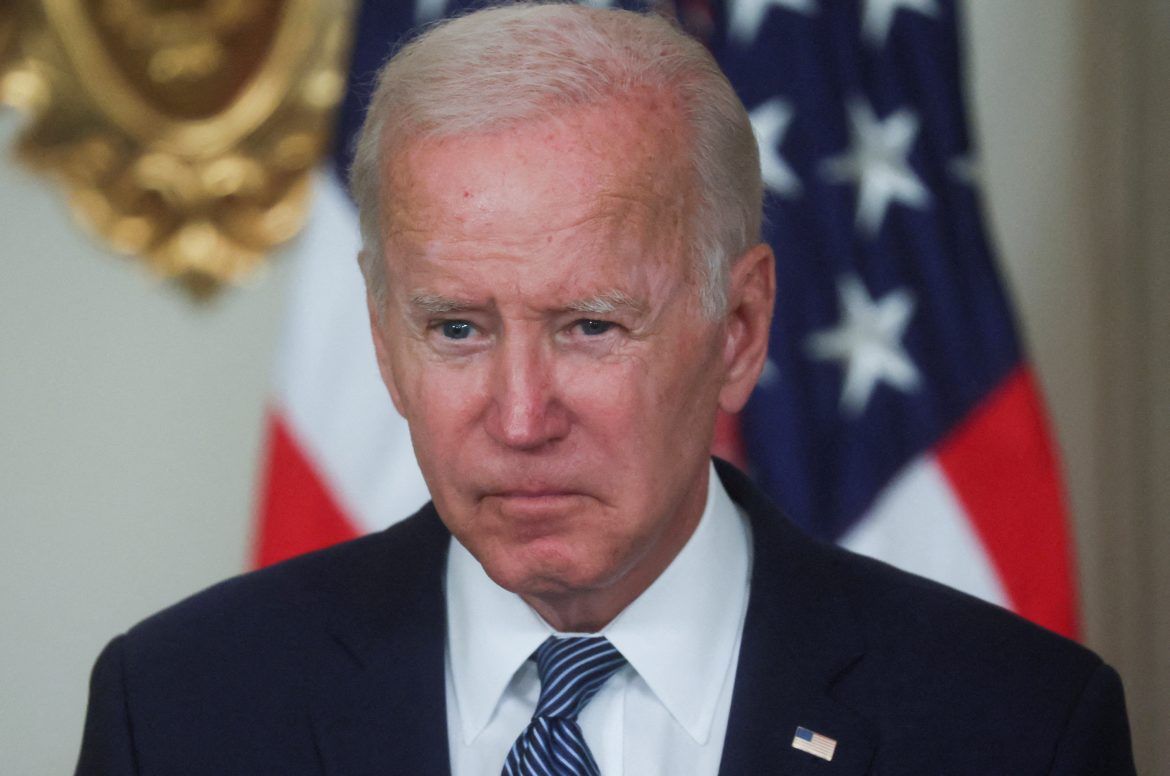 President Joe Biden‘s public approval rating fell this week, a poor sign for his Democratic Party’s hopes in the Nov. 8 midterm elections, according to a Reuters/Ipsos opinion poll completed on Tuesday.

The two-day national poll found that 38% of Americans approve of Biden‘s job performance.

While Biden‘s approval rating hit 41% last week, it has been mostly below 40% since mid-June despite a string of Democratic legislative victories that Biden‘s allies hope will help them defend their narrow congressional majorities in November.

Democrats are expected to lose control of the U.S. House of Representatives in November and possibly the Senate as well.

Even with control only of the House, Republicans would be able to bring Biden‘s legislative agenda to a halt and launch potentially politically damaging investigations.

Biden‘s overall approval rating has been below 50% for over a year as Americans have grappled with high rates of inflation and an economy scarred by the COVID-19 health crisis and Democratic policies. Biden‘s lowest ratings of 36% — in four weekly polls in May, June, and July — rivaled the lows of his predecessor, Donald Trump, whose popularity bottomed out at 33% in December 2017.

When poll respondents this week were asked to rank the nation’s biggest problems, the economy topped concerns, with a third of Republicans and a quarter of Democrats pointing to it as the top issue.

For Republicans, the next most pressing problems were immigration and crime, each of which topped concerns for about one in 10 Republicans.

Among Democrats, about one in eight saw the environment as the top issue, and about one in 10 pointed to the end of national abortion rights. Reuters/Ipsos this week added abortion rights to a list of concerns for Americans to rank, a list that also includes immigration and healthcare, as the issue has attracted more attention since a June U.S. Supreme Court decision ending the nationwide constitutional right to abortion.

The latest Reuters/Ipsos poll, conducted online in English throughout the United States, gathered responses from 1,005 adults, including 449 Democrats and 357 Republicans. It has a credibility interval — a measure of precision — of four percentage points.