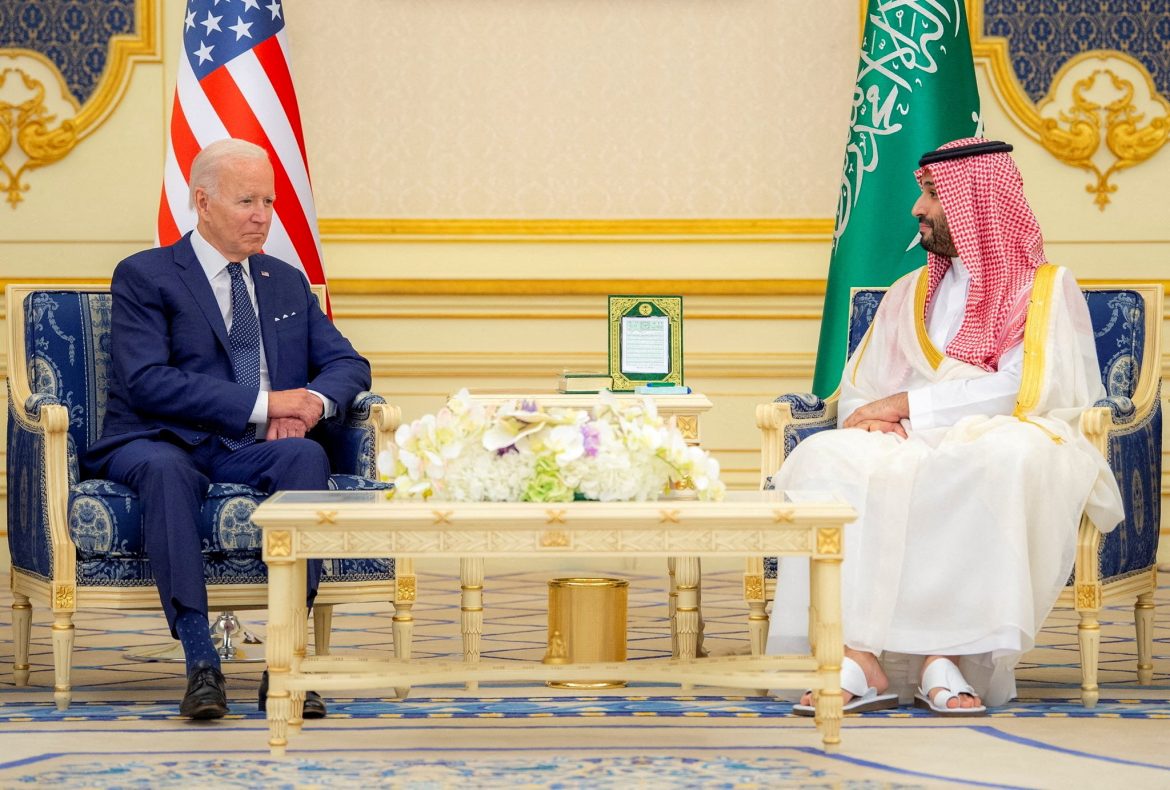 Saudi Arabia’s Foreign Ministry on Thursday said that the Biden administration pleaded with the kingdom to postpone  OPEC+’s decision to cut oil production for one month, which would have forestalled another gas price hike during the critical period leading up to the midterm elections.

The ministry made the stunning revelation in a rare written statement, the Associated Press reported. While it did not specifically reference the Nov. 8 elections, the ministry said that the White House “suggested” that the anticipated cuts be delayed for one month. Instead, OPEC+ announced on Oct. 5 that it would slash oil production by two million barrels.

“The government of the kingdom clarified through its continuous consultation with the U.S. administration that all economic analyses indicate that postponing the OPEC+ decision for a month, according to what has been suggested, would have had negative economic consequences,” the ministry said in its statement.

The ministry’s statement was preceded by a Wall Street Journal report published on Tuesday that first exposed Biden’s delay request. The news service cited unnamed Saudi officials who said that the request was a political maneuver by Biden ahead of the elections.

Rising oil prices have been a major driver of persistent inflation woes in the U.S., which polls show is one of the top concerns of voters heading into the tight midterm races. The OPEC+ cuts are almost certain to result in another major spike in prices at the pump that could significantly undercut Democrats’ chances of holding onto their slim majority in Congress.

In the lengthy statement, the Saudi government also rejected Biden’s effort to link the production cuts to Russia’s war in Ukraine.

The Saudi government responded to the threat by stating that it rejects “any dictates, actions, or efforts to distort its noble objectives to protect the global economy from oil market volatility.”

The ministry added that “resolving economic challenges requires the establishment of a non-politicized constructive dialogue, and to wisely and rationally consider what serves the interests of all countries.”

Biden traveled to Saudi Arabia in July to ask the country to increase its oil production, a move that brought with it a barrage of criticism, both for the administration’s continued refusal to open up domestic oil production in the U.S. and Biden’s about-face in condemning the country as a global “pariah” following the brutal slaying of U.S.-based Saudi journalist Jamal Khashoggi. The president received bipartisan excoriation for fist-bumping Saudi Crown Prince Mohammed bin Salman, who is widely believed to have ordered the Khashoggi slaying. Bin Salman denied Biden’s claim that he discussed Khashoggi’s murder when the two met.

U.S.-Saudi tensions have been further exacerbated by Biden’s decision to release millions of barrels of oil from America’s Strategic Petroleum Reserve, a move that reportedly angered kingdom officials, according to an NPR report.

White House Press Secretary Karine Jean-Pierre was asked by a reporter to comment on the fractured relationship during a Wednesday press conference. She responded by saying that President Biden, “from very early on,” has said that the U.S. “needs a different sort of relationship with Saudi Arabia.”

“And I have said this last week — when OPEC made the decision to align their energy policy with Russia’s war — war aims and against the American people [it] further underscores that reasoning to realign that relationship, to reevaluate that relationship with Saudi Arabia,” she continued, noting that the administration is “reviewing where we are currently right now.

OPEC+, an acronym for Organization of Petroleum Exporting Countries, controls about two-thirds of the world’s oil reserves. Member states possess an estimated 80.4% of the world’s proven oil reserves, the majority of which (67.1%) are located in the Middle East, according to its website.

While not a member nation, Russia enjoys close ties with the Saudi-led group.