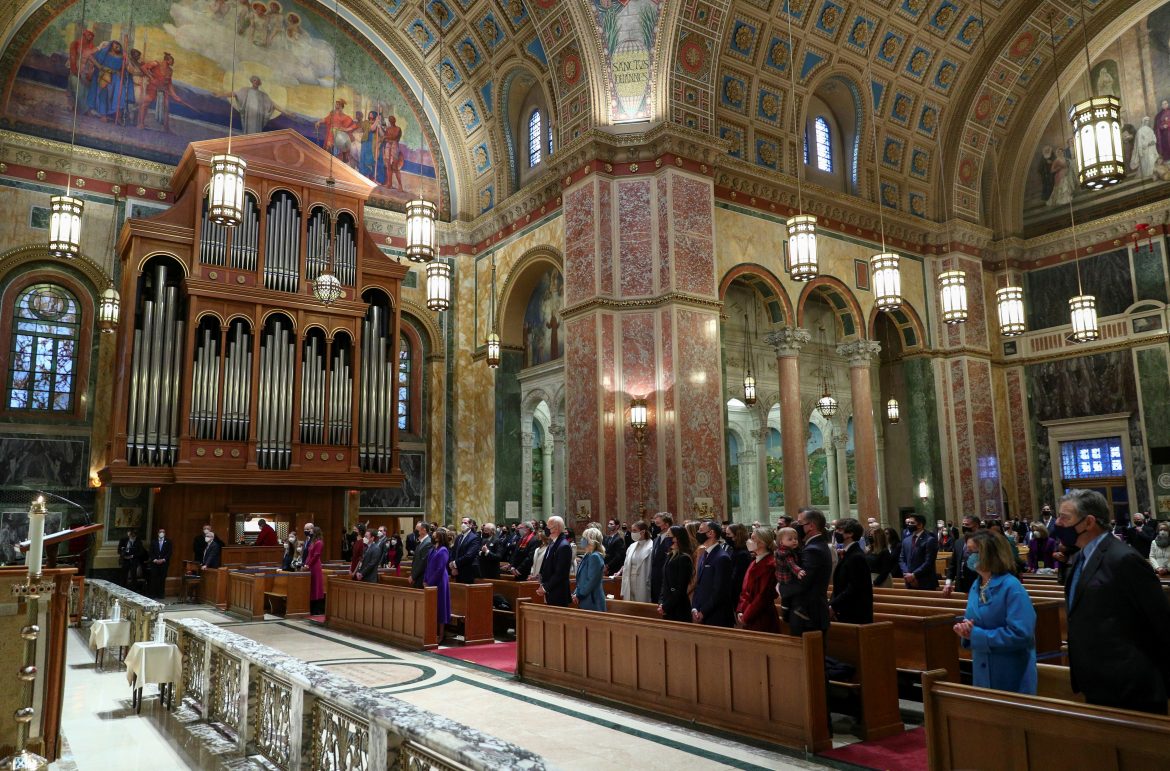 US Roman Catholic bishops voted (168-55) to draft a statement on the meaning of the Eucharist (or holy communion) last Friday, after California Archbishop Salvatore Cordileone issued a letter calling out Roman Catholic Democratic politicians who identify as pro-choice and support abortion rights. The US bishops indicated that the statement, which will be drafted later this year, would serve as a guide for local bishops as they discern whether or not they should allow politicians and public figures who publicly support abortion rights to take holy communion. This issue has gradually been building in tension for decades and is now finally coming to a head as American Catholics have increasingly demanded that the Roman Catholic Church hold politicians and public figures accountable regarding abortion.

Following the US bishop’s announcement, President Biden, who is a self-proclaimed devout Catholic that also supports abortion rights, attended mass at St. Joseph on the Brandywine church in Wilmington, Delaware. Biden had previously been denied the Eucharist while he was in South Carolina due to his public advocacy for abortion rights. Biden was later asked about the US bishops’ announcement and whether or not he believed that pro-choice Catholics would be denied holy communion. At that time he told the press, “That’s a private matter and I don’t think that’s going to happen…”

President Biden is just one of many Catholic Democrats in federal, state, and local governments who will likely be impacted by the drafting of the statement on the meaning of the Eucharist. House Majority Leader Nancy Pelosi is another high-profile Democratic politician who claims Catholicism while at the same time supporting abortion rights.

The US bishops indicated that the pending statement on the meaning of the Eucharist will not definitively answer the question about whether or not public figures who support abortion rights can receive holy communion. Rather, the statement will be designed to provide a framework for local bishops to use, as they make the private decisions about the issue for individual parishioners. This approach to the statement as pastoral guidance seems to align with the Vatican’s caution earlier this year to US bishops regarding establishing an official policy with respect to public figures who support abortion rights and other moral issues not in line with Church teachings.