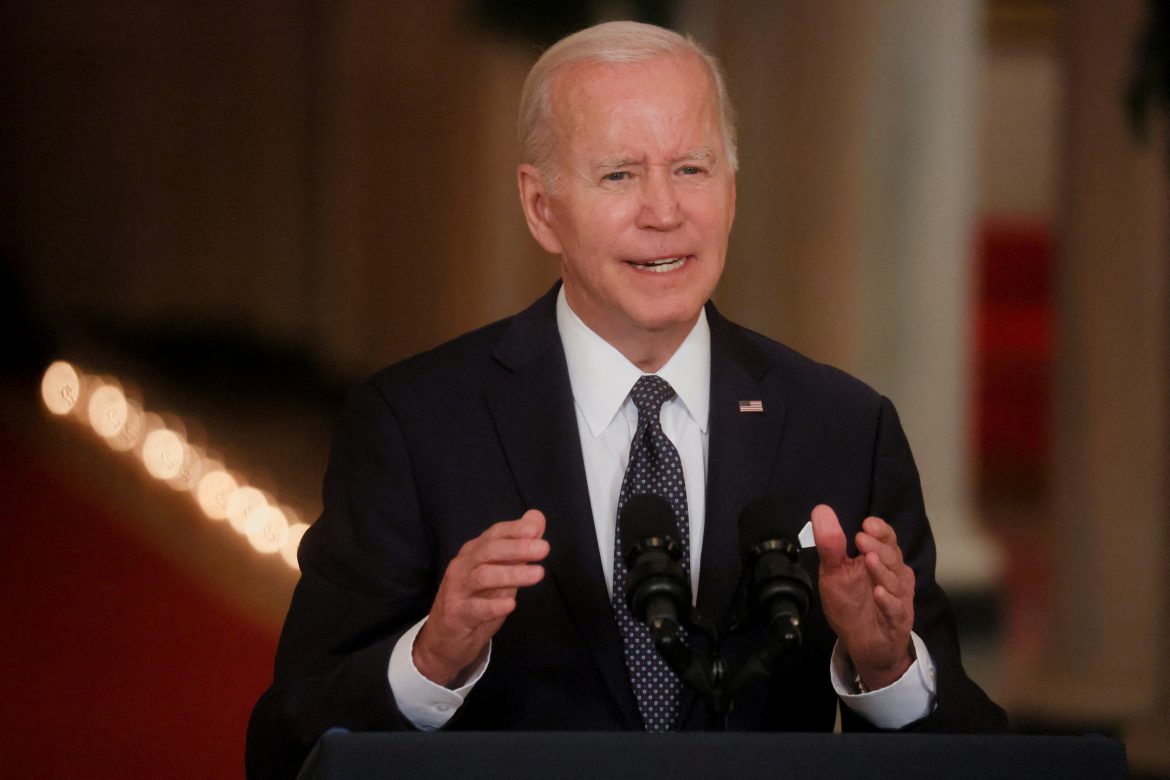 President Biden is reportedly angry with his staff for not doing enough to address the nation’s forty-year-high inflation as his approval ratings remain firmly under water. Instead of taking responsibility for the price hikes or reassessing his own economic policies, the president has shifted the blame for soaring costs onto his aides, The Washington Post reported Wednesday.

“Biden has privately grumbled to top White House officials over the administration’s handling of inflation, expressing frustration over the past several months that aides were not doing enough to confront the problem directly,” the Post reported.

The current state of inflation, dubbed by the president’s critics as “Bidenflation,” will cost the average American household an extra $5,200 annually, or $433 per month, in 2022, according to Bloomberg economists.

In an attempt to save face over soaring costs, the White House appears to have embarked on a new public relations campaign to once again deflect blame, though this time his choice scapegoat is closer to home. Previously, Russian President Vladimir Putin and COVID-19 had been Biden’s primary targets.

Treasury Secretary Janet Yellen on Tuesday conceded during a press interview that she and the administration inaccurately assessed inflation and failed to recognize that it would soar to a 40-year high.

“Well, look, I think I was wrong then about the path that inflation would take,” Yellen admitted. “As I mentioned, there have been unanticipated and large shocks to the economy that have boosted energy and food prices and supply bottlenecks that have affected our economy badly that I didn’t — at the time, didn’t fully understand,” she continued, adding, “But we recognize that now.”

Republican lawmakers took to Twitter to excoriate Biden for repeatedly shifting blame for his policy failures onto others.

“President Biden promised during the campaign that he’d ‘take responsibility’ for his actions ‘instead of blaming others.’ So why is he reportedly blaming his STAFF for inflation?” Rep. Jim Jordan (R-Ohio) tweeted.

“Americans shouldn’t have to cut back because of Biden’s spending,” Sen. Ted Cruz (R-Texas) said in a tweet that included a “BidenFlation” hashtag and a link to a CNN article stating that 8 out of 10 Americans say they have had to reduce monthly purchases to essentials only.