Biden calls for 3-month gas tax pause, but measure could already be doomed 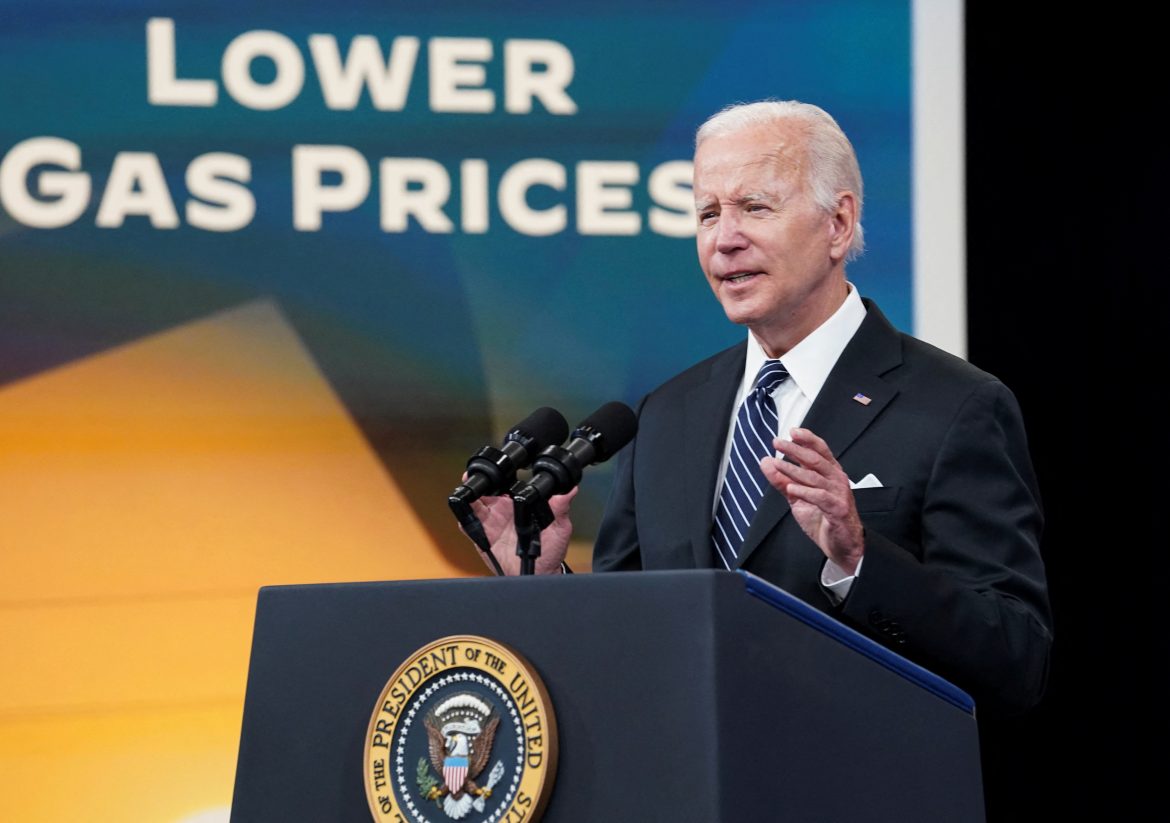 Wednesday, facing ever-sagging popularity numbers and record-high fuel prices, President Joe Biden implored Congress to acquiesce to a 90-day pause on the federal gas tax in a likely futile attempt to lessen the pain Americans feel because of inflation.

Standing as he was in front of a slideshow that flashed such slogans as “lower gas prices,” Biden looked every bit the part of a man with something to sell; and sell he did.

The president repeated his claim that all of America’s inflation problems were the fault of Russian President Vladimir Putin and insisted that a pause on the federal gas tax, which would reduce the price of gas by 18 cents per gallon and diesel by 24 cents, would relieve the stress Americans are feeling without crippling the nation’s ability to maintain its highways.

Biden’s solution is to redirect money from tax revenue toward the Highway Trust Fund.

“With the tax revenues up this year and our deficit down over $1.6 trillion this year alone, we’ll still be able to fix our highways and bring down prices of gas,” the president said. “We can do both at the same time.”

Even before anyone could question the president’s arithmetic or understanding of the words surplus and deficit, Sen. Ted Cruz (R-Texas) pointed out the obvious. When gas prices have soared so high, so quickly – according to AAA, Americans are paying $4.95 per gallon on average as of Wednesday – an 18-cent reduction would prove negligible.

“The impact of President Biden’s gas tax holiday,” Cruz posted on Twitter. The statement accompanied a video of a man bailing flood water with a bucket.

Biden acknowledged the incremental nature of his proposal.

“I fully understand that a gas tax holiday alone is not going to fix the problem,” the president said, “but it will provide families some immediate relief, just a little bit of breathing room as we continue working to bring down prices for the long haul.”

Biden also called for states to suspend their gas taxes and applauded a handful of states that had already opted to do so.

Cruz was hardly alone in his derision. Biden’s proposal was met with a wall of ridicule by Republicans.

Sen. John Kennedy or Louisiana gave voice to a major criticism of the Biden administration. Since Day 1, the president has stymied domestic oil production.

“You know what Pres. Biden really needs to do to lower gas prices? Flood our country with domestic oil,” Kennedy tweeted.

“President Biden is calling for another ineffective stunt to mask the effects of Democrats’ inflation,” McConnell tweeted. “The latest bad idea would barely put a dent in the soaring gas prices on his watch. Here’s a better idea: What if Democrats stop waging war on affordable American energy?”

In his speech, Biden rejected the notion that he has been tough on American energy and called on the American oil industry to up its production of gasoline.

“I know my Republican friends claim we’re not producing enough oil and I’m limiting oil production,” Biden said. “Quite frankly, that’s nonsense. Here’s the truth: Just this month, America produced 12 million barrels of oil per day.  That’s the highest — that’s higher than average under my predecessor.  And I’m — we’re on track to set a new record for production next year.”

While the back-and-forth between Biden and conservatives is predicable, it is also predictive of a congressional path that is likely already shut.

Republicans fractured on the matter of gun legislation, but are likely to present a more united front on this matter.

There is no guarantee that the gas holiday will even play well with Democrats.

House Speaker Nancy Pelosi issued a statement supporting the idea of lowering gas prices, but did not commit to bringing the president’s proposal for a vote.

“We will see where the consensus lies on a path forward for the President’s proposal in the House and the Senate,” Pelosi wrote.

As reported in more detail on CNBC, former President Barack Obama credited much of his success in 2008 to his having opposed such a proposal while still in the Senate.

Obama theorized, correctly it turned out, that Americans would not find such a tax break sufficient.

A Moment In History: The Shipwreck at Malta