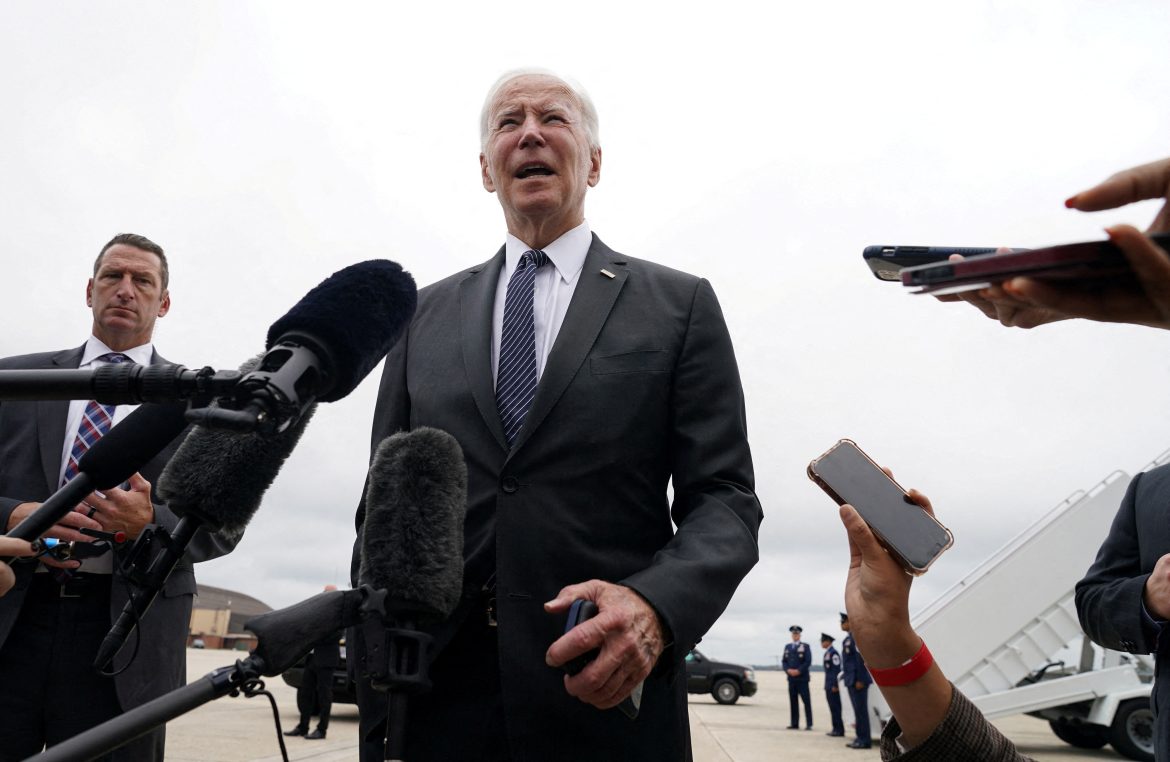 President Joe Biden is calling on gas companies and even stations to lower gas prices as gas halts its weeks-long downward trend.

While petroleum prices dropped significantly last month, Biden bemoaned that it has taken a “long time” for the decrease in price to reach the customer at a meeting with economic advisers on Monday.

“We haven’t seen the lower prices reflected at the pump though. Meanwhile, oil and gas companies are still making record profits — billions of dollars in profit,” the president said Monday according to The New York Post. “My message is simple. To the companies running gas stations and setting those prices at the pump: Bring down the prices you’re charging at the pump to reflect the cost you pay for the product.”

While encouraging gas stations to give their patrons more reasonable prices, the president pushed for the companies to act quickly saying, “Do it now. Not a month from now — do it now. And it’s going to save people a lot of money.”

This is not the first time Biden has pointed to the private sector as the problem with gas prices. In March of this year when the national average for a gallon of gas was upwards of $4.27 per gallon, Biden took to social media to call out oil and gas companies:

“Oil prices are decreasing, gas prices should too,” the president tweeted. “Last time oil was $96 a barrel, gas was $3.62 a gallon. Now it’s $4.31. Oil and gas companies shouldn’t pad their profits at the expense of hardworking Americans.”

However, Biden’s finger-pointing toward businesses is misplaced aggression, according to Bob Bilbruck, who is the CEO of business strategy firm Captjur. Bilbruck told The Post that Biden was “way off base.”

“I grew up in the convenience store gas station business,” Bilbruck said. “Margins are razor-thin in these operations and depending on their relationship in the buying ecosystem, they may be buying from a bulk fueler or directly from the producer [so] we are talking very little difference in prices,” he said.

According to the energy firm CEO, gas stations and owners work with small margins and are under “constant competitive pressures from the station next door to keep their prices competitive.”

“This is simple supply and demand,” Bilbruck told The Post. “You have less drilling going on and less oil and gas being refined — prices go up.” He added: “It’s basic economics — if Biden wanted to make a true impact and get costs down for the consumer, there are many things he could do.”

Joe Biden demands gas station owners lower prices for gas. Does he not understand that gas stations make a penny or two on each gallon? Gas stations make their money on items bought inside. This is just an embarrassing lack of basic business knowledge. pic.twitter.com/rAcPChyvUX

A similar sentiment was shared by Free-market advocate and geopolitical analyst Irina Tsukerman who heads Scarab Rising and didn’t care for Biden’s comments.

“Having the president of the country pressuring private companies into cutting profit is not a good look at best,” Tsukerman told The Post.

“These comments indicate that Biden is avoiding responsibility for his own contribution to the price crisis — the policies that have driven up the gas prices to begin with, failure to allow for leases on federal land, the shutdown of pipeline projects, the gas tax hike, among others,” Tsukerman went on.

Currently, the average price of a gallon of fuel is $3.75 nationwide as of Tuesday. That total is 17% higher than it was a year ago, at which time the cost was $3.19 per gallon. However, Biden administration officials have consistently pointed to the drop in gas prices from mid-June as a success, seeing a drop from when they reached a record high of $5.02.

Virginian Gov. Youngkin donates 1/4 of his salary to veteran’s group